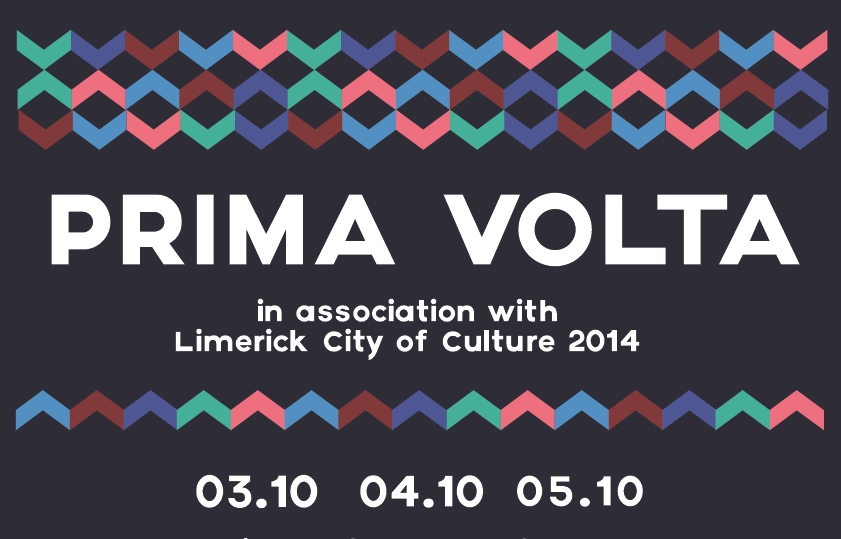 Richard Lynch
Prima Volta is a three-day music festival in Limerick, in conjunction with Limerick City of Culture 2014. Taking place on the 3rd,4th and 5th of October. The festival is organized by a collective of musicians, promoters and producers within the city, and aims at showcasing some of the most exciting acts and labels from around the world. Events will be held at a number of locations around the city, with film screenings, performances and a dose of healthy good vibrations.
The opening event will see one of the most prestigious club-nights in Europe transposed to the main room of Dolans Warehouse on Friday. Prima Volta have invited the groundbreaking Hoya:Hoya clubnight, based in Manchester, to Limerick to host some of the most innovative DJs and producers in Limerick.
Hoya:Hoya will be bringing some of their regular DJs including Jonny Dub, Ninja Tune’s Illum Sphere, Jon K, MC Chunky along with rising stars of the electronic scene Stray and Sam Binga. Visuals on the night will be supplied by Ireland’s most creative mapping and projections team, SlipDraft.On the Saturday, everyone needs to start the day with a hefty meal for all that lies ahead, which will be provided by Mickey Martins at our Beats n’ Brunch event.
Sounds will come courtesy of Teddy (who recently represented at the Dimensions festival in Croatia), and food comes courtesy of Jeff – with brunch being served from 2pm to 4pm.Later, the Stormy Teacup cafe will screen the Irish premier of the LA’s Low End Theory documentary, entitled ‘Looking For The Perfect Beat’.
Told as a 24-hour tour throughout the city filmed in the summer of 2013, the fly-on-the-wall perspective of Looking for the Perfect Beat archives artist’s such as Gaslamp Killer, Ras G and Flying Lotus in their studio environment at this moment in history, revealing something universally humanizing about these artists, but also telling the story of the diverse community in which this group of inter-related artists interact. Directed by seasoned music documentarian Matthew F Smith and produced by Low End Theory club founder/long-time dublab friend Daddy Kev, Looking for the Perfect Beat provides a holistic view of these amazing musicians while instilling hope for the future of cross-cultural creative unions.On Saturday night, London’s Eglo Records will show why their artist roster is one of the most formidable in Europe currently. Eglo is one of the most renowned record labels in music right now, championing everything from soul, jazz, disco and house. Headline act Fatima will perform with her live band in Dolans Warehouse, showcasing tracks from her ‘Yellow Memories’ album, which has wowed both fans and critics alike worldwide since its release earlier this year. Fatima will also be supported on the night by 2 of the most in demand DJs in the world right now, Eglo label head Alexander Nut and former L.A. based producer and DJ Kutmah.

Sunday is a more relaxed affair. We wind down a hectic weekend in the only way we know how – A Block Party! That evening sees the wrap-up party take place in Mickey Martin’s laneway, outdoors and on a big system. Internationally renowned DJ and all-round music lover LeFto from Brussels will headline the event, ably supported by some of the finest selectors in Ireland, including Junior Spesh from Dublin and Bap to the Future from Galway. Local representation comes from Peter Curtin and mynameisjOhn who will also be spinning tunes throughout the day.

For more information on the Prima Volta Music Festival check out there Facebook page here!
For more on music events in Limerick click here!