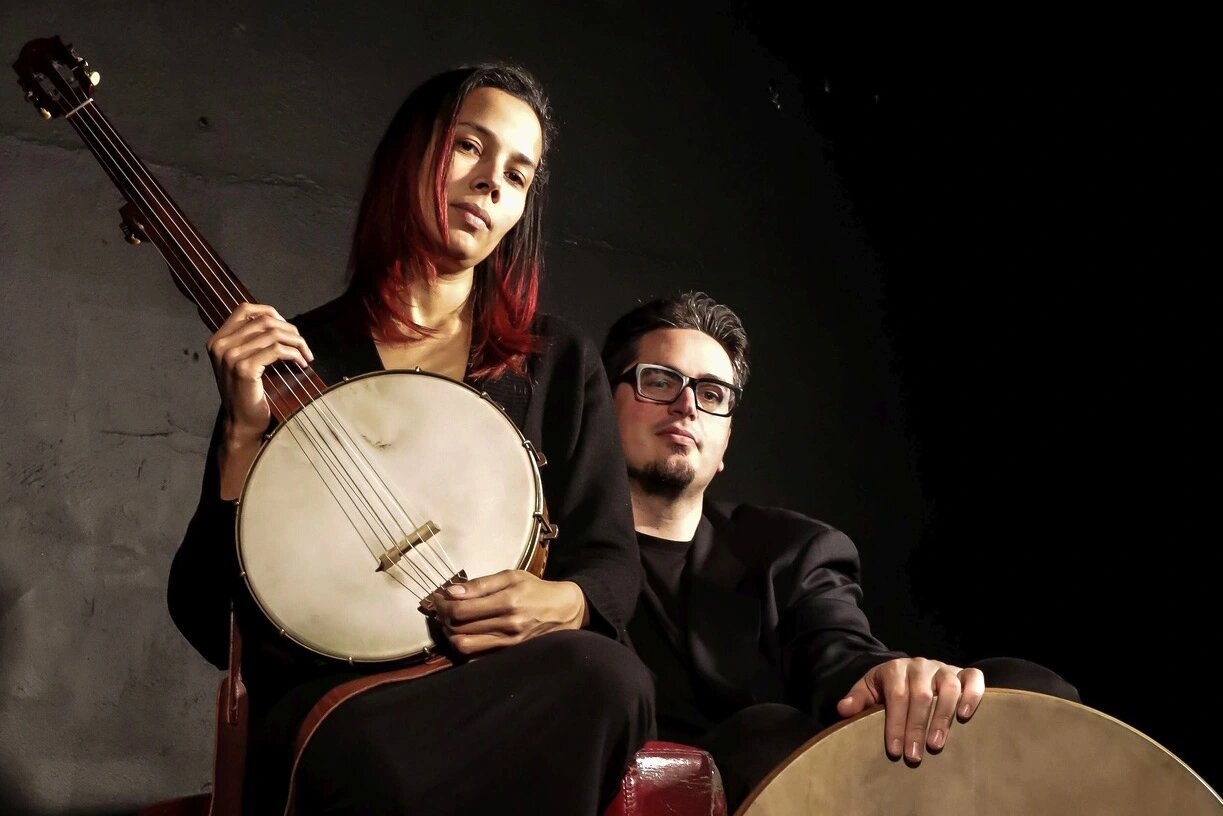 Limerick based musician Rhiannon Giddens has won a Grammy award in the Best Folk Album category for her album ‘They’re Calling Me Home’ which was recorded with her partner Francesco Turrisi.

Rhiannon Giddens is Artist in Residence at The World Academy of Music and Dance at University of Limerick. The University of Limerick has extended its congratulations to the banjo player and artist in residence at UL’s World Academy, working with students of music and dance. She is also a founding member of the country, clues and folk band Carolina Chocolate Drops, where she is the lead singer, fiddle player, and banjo player.

This is her sixth album to be nominated for a Grammy award, and this is her second Grammy win, following her win for Best Folk Album in 2011 for Genuine Negro Jig with her band The Carolina Chocolate Drops.

Rhiannon Giddens and Francesco Turrisi recorded the album over 6 days in Hellfire Studios, Dublin during the Covid 19 pandemic. During this time they created a 12 track folk album that musically described the longing of the warmth of home.

The couple are currently touring the US and they found out about their Grammy win while touring in Santa Fe. The couple tweeted to share their excitement about their success.

In addition to her work with the Grammy winning Chocolate Drops, Giddens has released two solo albums; Tomorrow is My Turn released in 2015 and Freedom Highway in 2017. Her 2019 and 2021 albums, There is No Other and They’re Calling Me Home are collaborations with Italian multi-instrumentalist Francesco Turrisi. She appears in the Smithsonian Highways collection documenting Mike Seeger’s final trip through Appalachia in 2009 through a documentary called Just Around The Bend: Survival and Revival in Southern Banjo Styles in 2019. In 2014, she participated in the T Bone Burnett produced project titled The New Basement Tapes along with several other musicians, which set a series of recently discovered Bob Dylan lyrics to newly composed music. The resulting album, Lost on the River: The New Basement Tapes was a Top 40 Billboard album.

They’re Calling Me Home’ is available on Nonesuch Records. Congrats Rhiannon and Francesco!

Related Topics:grammysRhiannon Giddens
Up Next