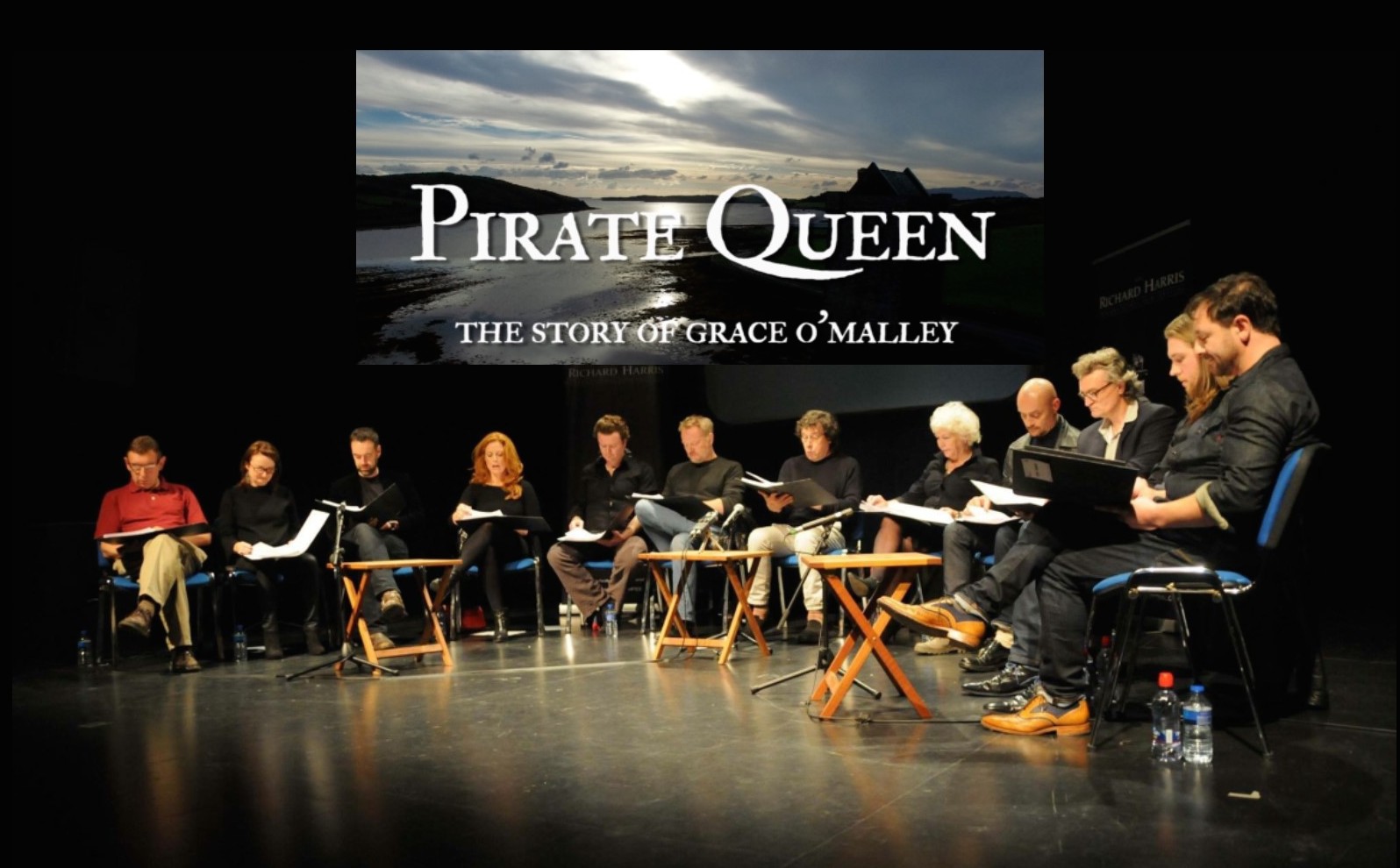 Richard Harris International Film Festival 2017 Call for Submissions. Pictured in 2016 the RHIFF Festival hosted a Live Script Reading of the screenplay for Pirate Queen – the story of Grace O’Malley – in front of a live audience in the Belltable Arts Centre, Limerick.

The RHIFF has grown since Zeb and Sylvia Moore of The Magic Roundabout Theatre Company and team of volunteers first established it in 2013. In these short unfunded years, it has become a respected platform for premieres, networking and award incentives for visual art as well as filmmaking. The primary purpose is the promotion of relevant industry talent in the Mid-West overseas, with special regard to Cannes and California.

The 2017 festival will be a 5-day event over the Bank Holiday weekend October 26th – 30th 2017.  Throughout the festival, there will be screenings of features by the Irish Diaspora, national and international short films, a feature film competition, short film categories, monologue and artists’ competitions, workshops, culture trail, networking events, music and poetry and more!

Further announcements and details in the coming weeks! Keep an eye on Social Media!

Monologue Competition – open to international entrants this year.  Submit your self-tape via filmfreeway.

To read more about film in Limerick click here