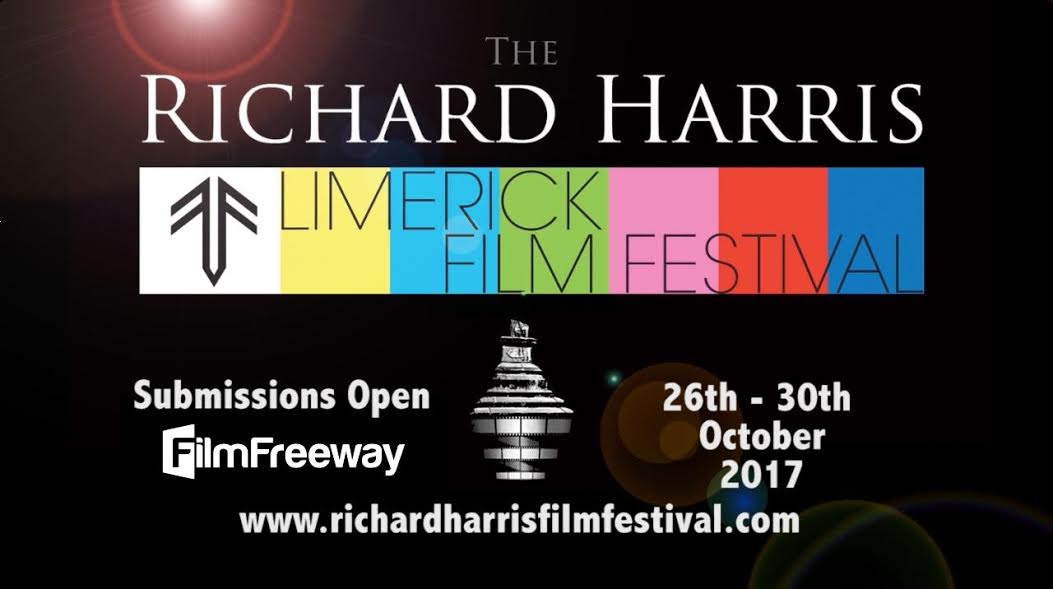 Limerick Film Festival will now be run by the Management Team and Board of The Richard Harris International Film Festival.

RHIFF are looking forward to working with Simon and his team from LFF in ensuring that the legacy of both Richard Harris and the Limerick Film Festival are kept alive. Exciting times are ahead for the film industry in Ireland and in the Mid-West and this new merged entity wants to be at the forefront of helping to nurture talent in the region and beyond.

Simon McGuire, Limerick Film Festival Director commenting on the merger said: “Over the past eight years the Limerick Film Festival has strived to work with professional broadcast and film craftsmen and women to bring together a festival that would be both unique and attractive to third level students and filmmakers alike. The new merger with the Richard Harris International Film Festival will strengthen those industry connections while also bringing together the best elements of both festivals in one series of events.”

“The partnership of both festivals will cement its place on the Irish Film Festival circuit and coincides with the new third level programme at LIT in ‘Creative Broadcast & Film Production’. With the short film awards show returning there is certainly a lot to look forward to in October and beyond.”

Sylvia Moore, RHIFF said “As a long-time supporter of LFF I am delighted with the merger of the two main film festivals in Limerick, as a direct result of the merger a new category for students has been added to the RHIFF festival submissions process.  We at RHIFF are thrilled to now include a specific student category showcasing the enormous talent of the film-making future to Irish and International audiences.”

“Our collaboration with Newport Beach Film Festival in Orange County, California saw their Irish short screenings double this year, winner of the RHIFF Newport Beach Film Festival gets an automatic screening at Newport Beach FF & the Newport team also take recommendations from RHIFF for Irish Features and Short Films.  As a result of this 3 more top U.S. film festivals are now looking to RHIFF to assist in programming their Irish screenings for 2018, thus ensuring films screened at RHIFF get to reach a broader audience in the U.S.A. Make sure to keep an eye on our websites and social media for further updates, truly exciting times ahead.”