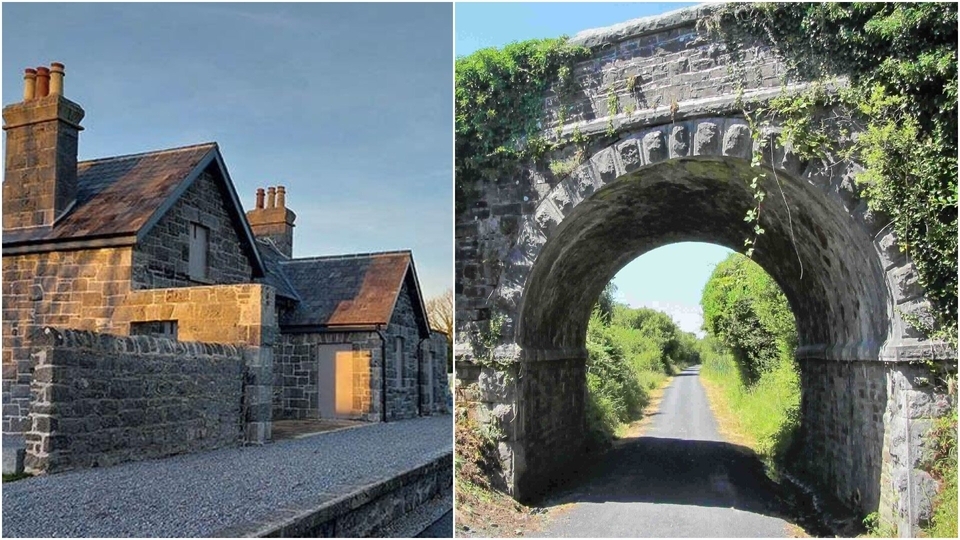 Rural Regeneration Development Fund include renovations for the Ardagh Station House and Abbeyfeale Railway Goods Shed, as pictured above.

The Ardagh Station House and Abbeyfeale Railway Goods Shed along the Limerick Greenway will once again welcome visitors thanks to funding from the Rural Regeneration Development Fund.

A total of €600,000 has been allocated to Limerick City and County Council for the projects in Ardagh and Abbeyfeale in the latest tranche of funding by the Department of Rural and Community Development.

This in turn will provide a range of benefits to the adjacent villages and the population in the surrounding area in the long term.

The re-development of the Station House and the site at Ardagh village will be as a visitor experience and a services/ amenity hub centred on a railway heritage theme. The final project will involve the complete renovation of this heritage building to provide services to Greenway users and the community. Based on the concept designs, the outdoor area at Ardagh will include seating, lighting, an amenity area and a children’s playground.

The proposed end use of the Railway Goods Shed at Abbeyfeale is services connected to the Greenway – in particular, bike hire and coffee shop with toilet facilities, outdoor seating and lighting.

Mayor of the City and County of Limerick Cllr Daniel Butler said: “The opening of the Limerick Greenway last year was just the beginning of a series of re-development and improvement works to be undertaken around the Greenway route. These projects in Abbeyfeale and Ardagh showcase the potential the route has to stimulate business and improve the rural economic potential of these areas.”

“By focusing on Ardagh and Abbeyfeale for the next part of the phased development of the Limerick Greenway, visitor experience sites and service points will be added to stretches of the Greenway where they are lacking at present.”

Gordon Daly, Director of Community, Tourism & Culture with Limerick City and County Council said: “With plans already well advanced by Limerick City and County Council for Greenway Hubs at Rathkeale and Newcastle West this funding will now allow the Council to develop plans for Abbeyfeale and Ardagh and overtime a first-class network of visitor facilities for greenway users. The projects will also play a key role in the rejuvenation of these towns and villages along with other rural development initiatives being led by the Council with the support of various government departments.”

The successful projects announced are Category 2 Projects under RRDF guidelines. Projects funded under Category 2 are those that require significant development before they reach the stage of being shovel ready.

The applications for funding were subjected to a comprehensive assessment process by the Department of Rural and Community Development with oversight provided by an independent Project Advisory Board, made up of representatives drawn from key Government Departments along with external independent experts.

For more on the Rural Regeneration Development Fund, go HERE

For other stories on Rural Development, go HERE