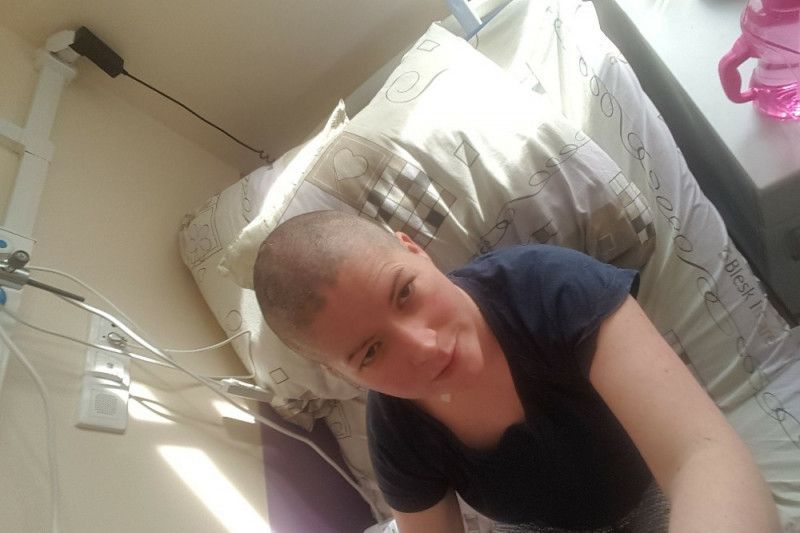 Save Our Sarah Russia: Pictured is Sarah McInerney from Corbally, who is undergoing treatment in Moscow for MS.

After receiving a cancellation, Corbally woman Sarah McInerney has travelled to Moscow to undergo treatment of Chemotherapy and Hematopoietic Stem Cell Transplantation (HSCT).

Chairperson Dorothy Quinn said: “She was recently diagnosed with Multiple Sclerosis (MS) and currently has 13 brain lesions. The treatment is being performed by Dr Denis Fedorenko and his team at The A.A. Maximov Hematology and Cell Therapy Department of the National Pirogov Medical Surgical Centre Moscow and takes around 35 days; this includes inpatient care for the entirety of the treatment. Recovery after a successful stem cell transplant is likely to take up to 2 years. Sarah will have a long road after coming home but we hope that will be the end of treatments for her. It is not an easy decision to come to, leaving Ireland for treatment abroad but one that has not been made lightly”.

“The cost associated with the treatment is in the region of €70,000, and is not covered by health insurance, nor is there any government assistance, which is ironic as the treatment is not available in Ireland, so fundraising is paramount to cover the cost of the hospital bills”.

For over 15 years, Limerick woman Sarah McInerney has been ill and has experienced a variety of symptoms treated in isolation by a variety of consultants at a mild to moderate degree. It was not until 2017 these cluster of conditions were recognised to be multiple sclerosis when a neurologist became involved.

A late diagnosis of MS and lack of treatment for the disease specifically has allowed the disease to progress rapidly. The past four years a variety of symptoms increased as did their intensity. In September 2017, the condition deteriorated at an aggressive rate with the addition of new symptoms and the intensity of old issues amplified. In December 2017, Sarah was struck with an acute flair causing her to lose the power of her legs. With medical treatment, she now has regained leg function with constant leg pain remaining. She has a broad variety of daily symptoms that have now moved from relapsing to permanent symptoms. This affects daily functioning considerably.

A new committee was formed earlier this year to raise funds for the Save Our Sarah Russia campaign. After recently been diagnosed with MS and the discovery of 13 brain lesions, the Save Our Sarah charity was formed and proceeded to set out their fundraising objectives. It was decided a target of €70,000 is needed to send the young mother for life-saving treatment.

The charity’s latest fundraiser is a Car Raffle, the draw will take place on Saturday 23rd June, tickets are still on sale and can be purchased from Dorothy Quinn (085-1947045)

To donate to the Save Our Sarah Russia campaign, go here.

Related Topics:save our sarah charity
Up Next