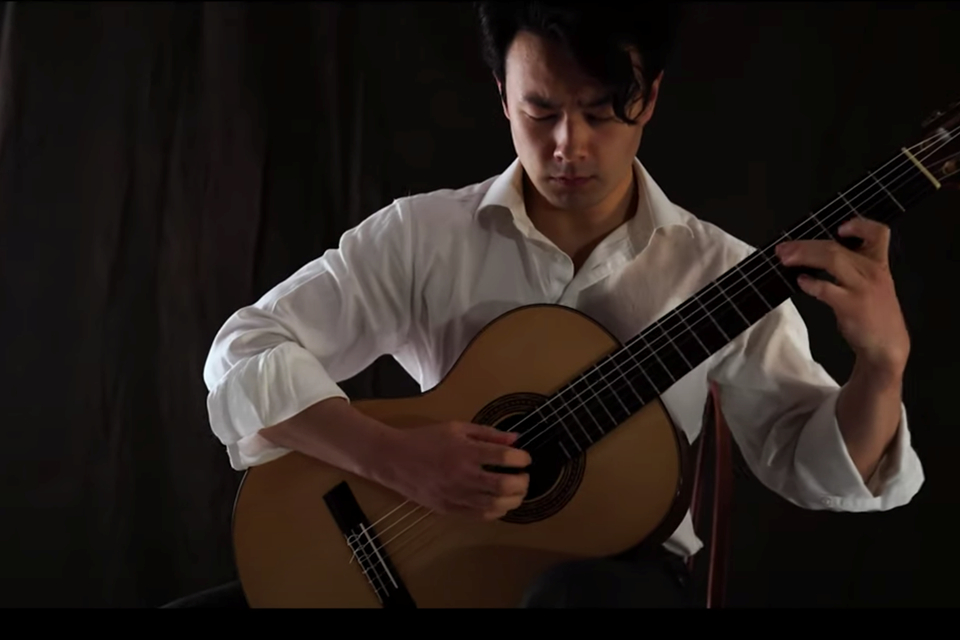 The concert is Shibe’s second outing with the orchestra, and he has selected two stunning works for guitar that span centuries

Following on the Irish Chamber Orchestra’s Travelling with Mozart Tour, the orchestra is back on the road in early June with Guitar Man featuring the amazing Scottish Guitarist, Sean Shibe.  The ICO visits University Concert Hall, Limerick on Thursday, June 9.

Sean Shibe is the first guitarist to be selected for the BBC Radio 3 New Generation Artists scheme, the first to be awarded a Borletti-Buitoni Trust Fellowship and the first-ever guitarist to receive the Royal Philharmonic Society Award for Young Artists.  Shibe is committed to the music of the great masters of the past and continues to expand the repertoire for his instrument by conceiving imaginative programmes featuring new music and commissions. His music-making is masterful, beautiful, and convincing in every way.

This is Shibe’s second outing with ICO and he has selected two stunning works for guitar that span centuries.  Vivaldi’s popular Concerto in D major transcribed for guitar is followed by Malcolm Arnold’s incredibly beautiful Serenade for Guitar and Strings.  Here the guitar plays over muted strings, alternating the dreamy theme with more energetic passages.  ICO violinists Katherine Hunka and Nicola Sweeney enjoy a joyful music conversation in Vivaldi’s Concerto for Two Violins Op.3, No. 8, one of his sunniest works. From old to new, the ICO immerse themselves in Dave Fennessy’s sensory Rosewood, a work that brims with nostalgia reminding the composer of his bond with his guitar.   Dvořák’s charming Two Waltzes 1&4 are original, wistful, and boisterous from his set of 8 Waltzes.  Finally, Elgar’s masterpiece Introduction and Allegro is exhilarating, reminiscent of a multi-layered symphonic poem for string orchestra, with multiple themes as showcased by ICO.

The Limerick-based Irish Chamber Orchestra is resident at the Irish World Academy of Music and Dance at the University of Limerick. It is funded by The Arts Council of Ireland/An Chomhairle Ealaíon.

For tickets to the Irish Chamber Orchestra with Sean Shibe, go HERE