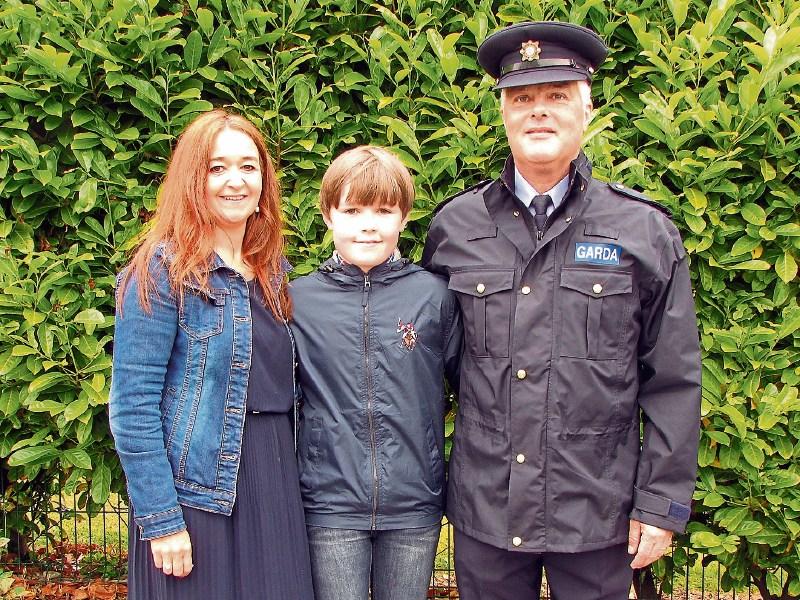 Sgt Niall O Halloran, pictured with his wife Sandra and their son.

A 10km walk/run in memory of Sgt Niall O Halloran will take place from Grange Community Hall on Saturday, October 2, in aid of Milford Hospice.

The event begins at 12pm for runners and 1pm for walkers.

The event was organised by Niall’s wife Sandra, and his work colleagues from An Garda Síochána.

Niall was a member of An Garda Síochána for 22 years, having previously served in Tipperary, Templemore and Cashel, and served his last 6 years as Community Garda in Ardfinnan, Grange and Newcastle, before being promoted to Sergeant in January 2020 and being stationed in Cahir.

The event is in aid of Milford Hospice, where Niall was cared for until his passing after a short illness on November 14, 2020.

Niall’s contribution to the community was clear with the outpouring sympathy at his Requiem Mass following his death, and the amazing support received by his family and friends.

Sandra said, “I cannot speak highly enough of the care that was shown by Milford Hospice to Niall, myself and our son.”

Milford Care Centre, which has a Hospice Inpatient Unit, is a healthcare facility that aims to provide the highest quality of care to not only their patients and residents but to family and friends of those in their care.

They strive to live their core values of justice, compassion, respect, communication, and accountability.

The Milford Care Centre is a voluntary, not-for-profit organisation and registered charity. It was first established by the Little Company of Mary Sisters in 1928 and provides multiple services such as Hospice at Home, a Nursing Home, Day Care for older people and those with palliative care needs, as well as Bereavement Support for families.

Anyone interested in the event is welcome to participate.

The memorial walk is to thank Milford Hospice for their care and support given to Niall and his family in the last few months of his illness, and an idonate has been set up for people to show their support, with all funds going directly to the Milford Care Centre.

Water Heritage Day on the River Shannon in Castleconnell