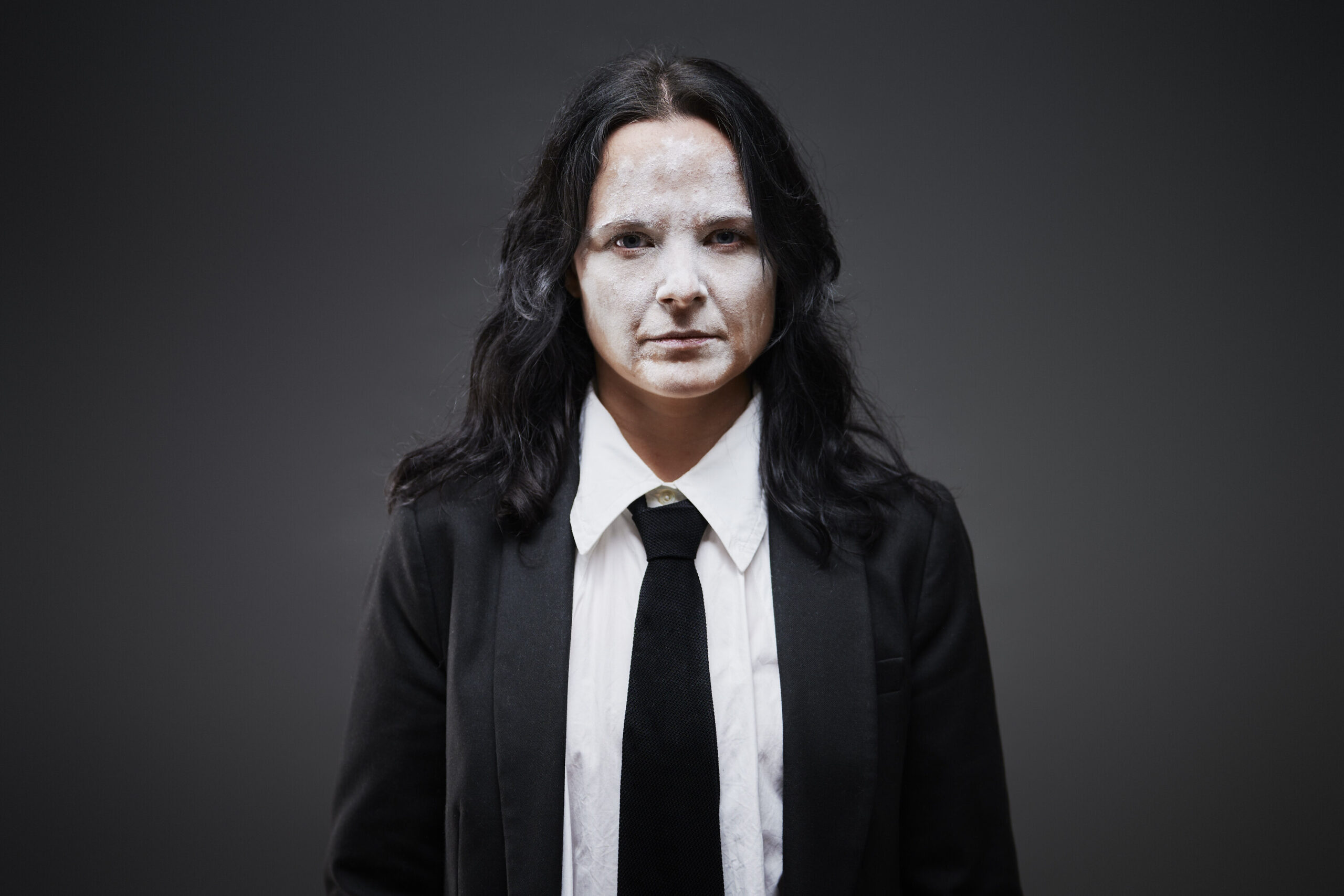 Pictured above is Karen McCartney in the title role.

The world premiere of an exciting new hybrid live/streamed event, inspired by the verse of Shakespeare’s Hamlet and set in gangland Limerick City is coming to the Bellatable on Wednesday, November 17 running until Saturday, November 20.

Gúna Nua Theatre Company presents the world premiere of SHAM, a contemporary take of Shakespeare’s Hamlet, set in gangland Limerick. Written by award-winning playwright Paul Meade and directed by acclaimed actor and playwright, Amy Conroy – the play will look at the complexity of social and economic factors at work in this culture and explores how the characters are trapped within it. SHAM will take place with both live and digital audiences and is designed to be a hybrid live/streamed event with digital technology used throughout the performance. It premiere’s at the Belltable, Limerick on November 17, and after this live run the play will be streamed on-demand for general theatre audiences, via Project Arts Centre, Axis Ballymun and Belltable Limerick in January 2022.

Originally commissioned by Belltable:Connects Initiative with a previous staged reading in November 2019: SHAM is a young woman who returns home from her studies in England on the death of her father, to find the home and community she once knew has utterly changed. The play conflates the mythical with the modern in the Ireland of today. Stark and wry in tone SHAM places its central character in a world of tragedy, comedy and the supernatural. In leaving Limerick has SHAM lost her place in the hierarchy of both business and family and which of her old friends can she now trust?

The story unfolds in the middle of a deprived urban estate where she becomes embroiled in the paranoid dynamics of her father’s gang and vows revenge on his killer. Mixing spoken word, poetry and prose this play captures the linguistic energy of it setting while also exploring the social context for the drugs trade in a city context. Inspired by the verse and storytelling of Shakespeare’s Hamlet, this new play will aim to find poetry and music within a violent, secretive and sometimes amoral sub-culture.

Check out the line-up for @GunaNuaTheatre's upcoming play SHAM.

Written by Paul Meade and Directed by Amy Conroy and with a cast of 6 stellar performers including Karen McCartney in the title role, Andrea Irvine, Aidan Crowe, Karl Quinn and Bláithín Mac Gabhann.

*The show will be accompanied by a pre/post show work pack for schools to assist them in decoding the language of theatre and accessing the themes of the play in the classroom.

Gúna Nua Theatre Company is the winner of the Irish Times Theatre Audience Choice Award for Bread not Profits, a critically acclaimed theatre company making new theatre for Irish and international audiences since 1998. They develop productions in relationship with artists and communities to generate dynamic, contemporary and vibrant theatre that challenges and inspires.  Drawing on their  extensive legacy of award-winning productions, Gúna Nua strive for excellence and innovation by collaborating with exciting partners, finding new and unusual venues and employing cutting edge theatre techniques in our work.

“Some plays tug at your heartstrings, some, very occasionally touch your soul” – Review of Bread not Profits [The Irish Times 5* Star Review April 2019]