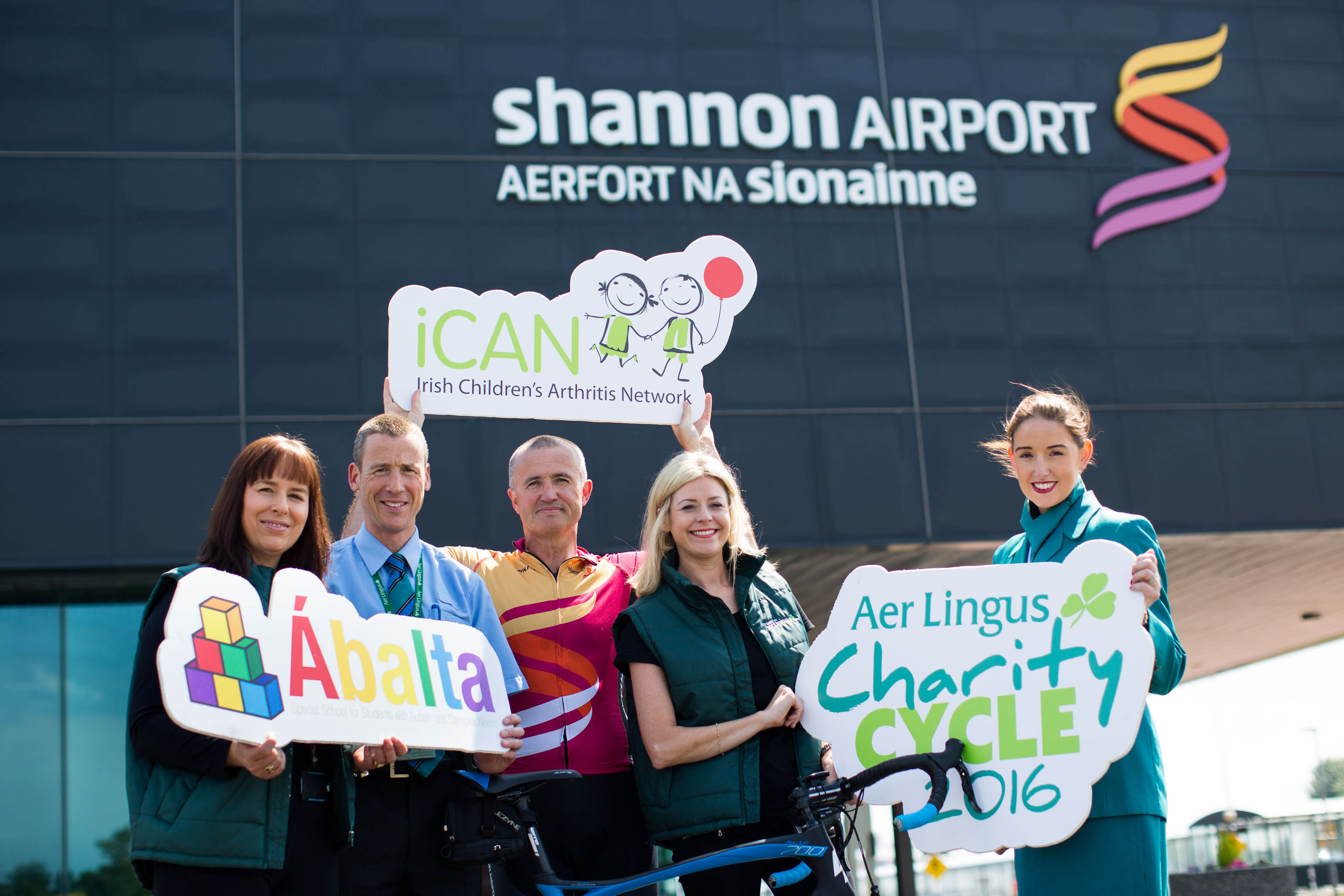 Aer Lingus and Shannon Airport are calling on cyclists across the region to saddle up for a special 110k roundtrip straddling Clare and Galway in aid of two worthy charities.

All proceeds from the event will go to the two Shannon Group designated charities for 2016, Irish Children’s Arthritis Network (iCan) and Abalta Special School for students with autism in Galway.

This year’s cycle will travel west from Shannon, up to Gort via Kilmurry, Kilkishen Tulla and return via Clooney, Quin and Newmarket-on-Fergus, before making it back to Shannon.

Declan Smyth, Chairperson of the Shannon Group Charity Committee, said: “We are delighted to have Aer Ling

us on board as our sponsor.It is a major boost for the cycle and will certainly help raise awareness of the event, grow participation numbers and, more importantly,proceeds for the charities.”

Yvonne Muldoon, Director of Sales, Aer Lingus, commented: “We are delighted to partner with Shannon Airport and support this year’s charity cycle event. Cycling is leading the way in terms of fitness and staying healthy and has become a very popular pastime. The Aer Lingus Charity Cycle not only promises a really great day out but will also help to raise valuable funds for two very worthy causes.

“We are asking as many people as possible to sign up for the cycle. It is a very well organised event and there’s the added bonus of the chance to win return flights to either New York or Boston with Aer Lingus.”

All participants receive a free gilet and the first 100 are also entered into a draw for Aer Lingus return flights to either Boston or NewYork.

Cyclists can book a place in the Shannon Airport Aer Lingus Charity Cycle here.
To read more about charities in Limerick click here.