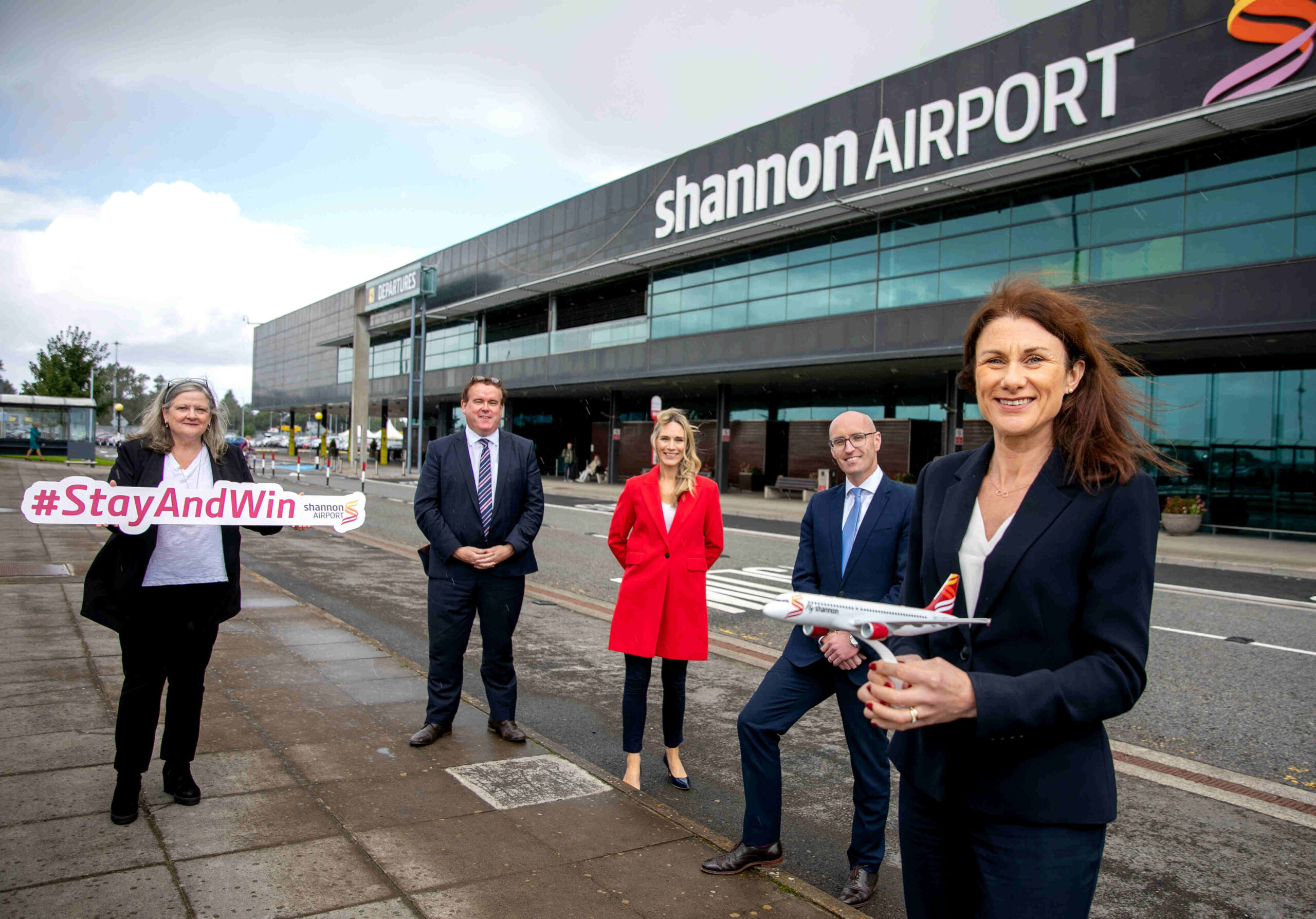 Shannon Group and Ennis, Limerick, Shannon and Galway Chambers of Commerce have teamed up on an exciting initiative designed to stimulate hotel bookings and highlight the range of air services available from Shannon Airport.

A new innovative #StayAndWin campaign will see visitors who stay at a Chamber of Commerce member hotel in Clare, Limerick or Galway get a pleasant surprise during October as they will be eligible to enter a free competition to win one of four flights for two people to a choice of any of the 18 Shannon Airport destinations this winter, which includes services to six new destinations. Free airport parking is also included in the prize.

Running from October 4 to November 1, four winners will be selected, one from each Chamber district, Limerick, Shannon, Ennis and Galway.

The idea behind the promotion is to support local hoteliers in the shoulder season and raise awareness of the exciting range of air services available from Shannon Airport.  Hoteliers will benefit as it gives them an incentive to gain extra business and reward loyal customers, and Shannon Airport routes benefit from the promotional campaign run by hotels and Chamber members and the airport.

You could be jetting off to some of Europe’s most exciting cities this winter, just stay a night with us and be in with the chance to win 2 flights to any European destination from @ShannonAirport. It’s easy to win, just fill in an entry form when you check in! #StayAndWin pic.twitter.com/ZNoQH27RZU

Speaking at the launch Mary Considine, CEO, Shannon Group said: “We are delighted to be working with our Chamber partners and hotels to stimulate footfall in the region’s accommodation sector and raise awareness of the destinations available from Shannon Airport. We hope to have the first of many such collaborations.”

The respective CEOs of Limerick, Shannon, Ennis and Galway Chambers welcome this shoulder season promotion which further supports staycations in the region and see it as further proof of the positive working relationship now firmly established between the Chambers in the region and Shannon Airport.

The campaign will use and promote the hashtag #StayAndWin and will drive the promotion via social media platforms. The winners will be announced on the Chambers and Shannon Airport websites on November 2.

Competition winners will win a flight for two to a choice of one of the following Shannon Airport Winter destinations in Spain, Italy, Hungary, the UK, and Scotland, among these are: