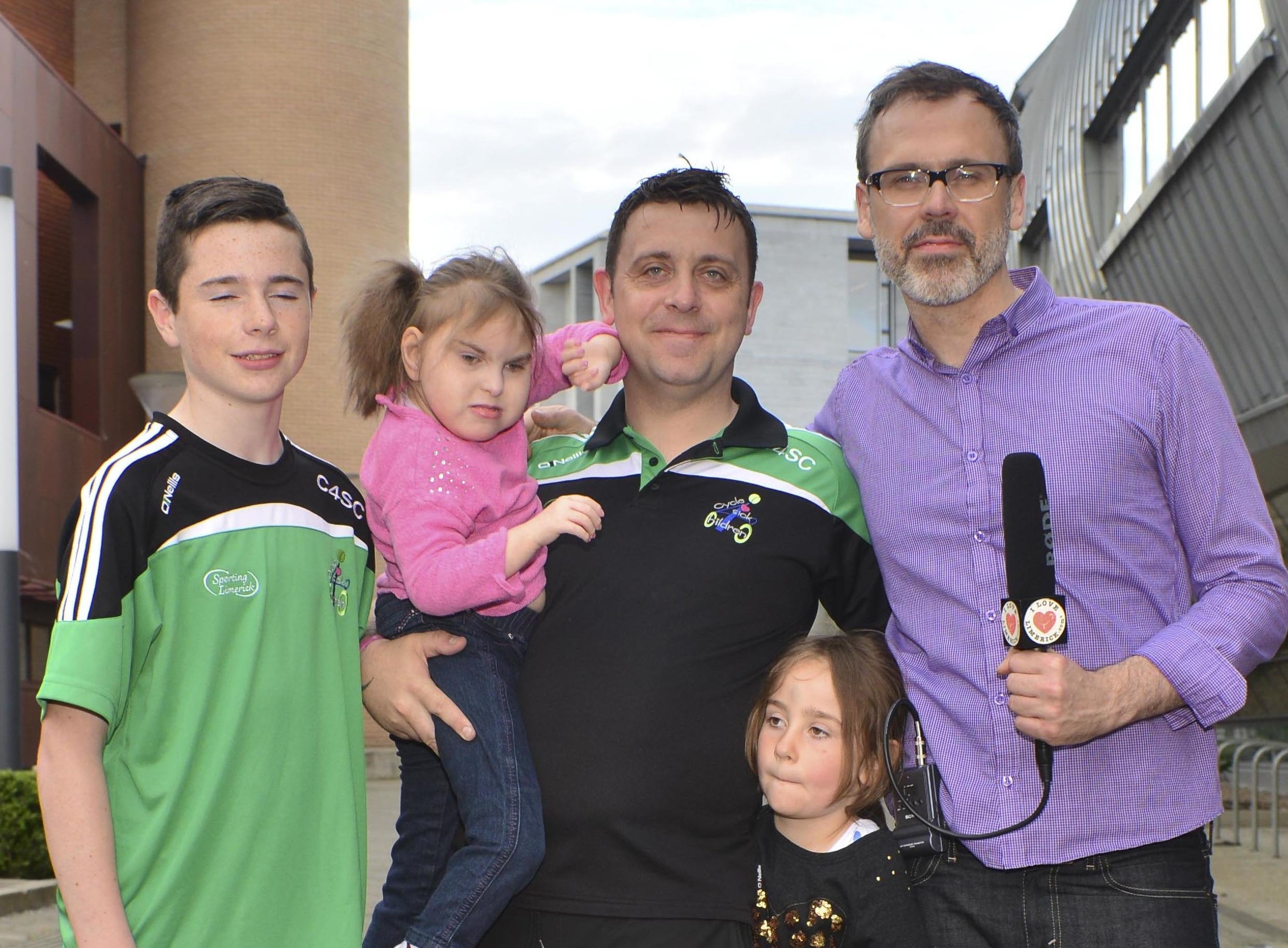 Above: Richard with the Mulcahy family. Picture: Caleb Purcell

The communities of Rhebouge and Kilmallock were saddened by the news that eight-year-old Sophie Mulcahy had lost her brave battle with the rare genetic condition 1q43, one of only 40 known cases in the world.

On Thursday morning the Facebook page dedicated to Sophie’s Journey broke the news that she had passed away in the Children’s Ark unit at University Hospital Limerick. “It’s with incredible sadness our brave little superhero has left for heaven. Our hearts are king and words don’t come to mind. Rest well my sweet angel.” #sophieourhero

Canon Willie Fitzmaurice spoke of the courage Sophie had shown and the very determined battle she has fought over the past eight years and expressed deepest sympathies to her parents Liam and Stacey, brother Dion and sister Kayla who were so devoted to her. Sophie’s father Liam founded the charity Cycle 4 Sick Children, working to raise funds for children who suffer with a serious illness.

Born in 2006, Sophie was immediately transferred to Crumlin’s cardiac ward, undergoing six heart operations within six months. Sophie’s genetic condition 1q43 had left her unable to walk or talk but she had developed her own unique way of communicating with her family.
Sophie attended St Gabriel’s in Dooradoyle where she had made great progress recently, in February, she reached a major milestone in her life when she moved from her cot into a bed of own for the very first time.

“At three o’clock in the middle of the morning, Sophie sings as loud as she can. She wakes up with a song and then goes back to sleep about 10 minutes later. It never seems to affect Kayla in any way,” smiled her proud dad Liam in February as he spoke fondly of his beloved little girl who, this Thursday morning, went to sleep for the final time. Rest in peace Sophie.

I Love Limerick have also dedicated a social to Sophie where everyone’s kind thoughts and prayers have been shared. You can find it here.