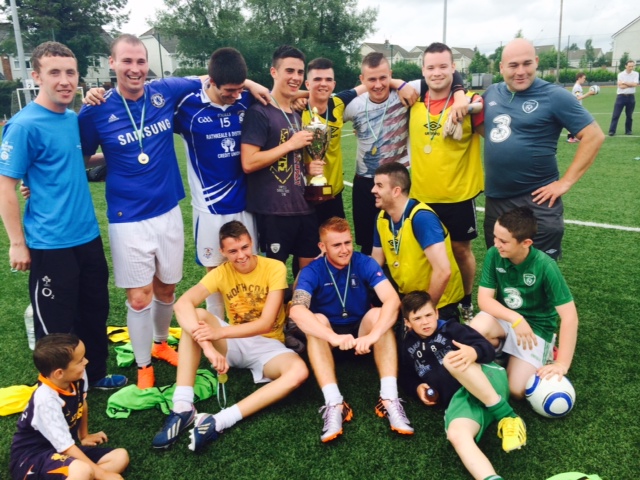 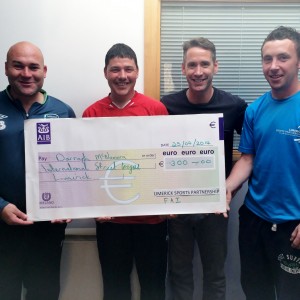 A Southill footballer has been named in the Irish squad that will travel to Santiago in Chile this October to take part in the 2014 International Street League World Cup.

Hill Celtic’s Darragh McNamara was chosen to represent his country following his performances in the Limerick Street Soccer League and the National Street League finals.

The Limerick Street Soccer League, which is run in partnership with the FAI Football For All programme, involves services users of agencies and organisations within the Limerick City area under the heading of Youth Work and Social Inclusion.

“The CSMT and the FAI, through the Football For All programme, see the Street League as an opportunity to build self-esteem, self-confidence and self-discipline in participants,” explained David McPhillips of the CSMT, which provides a free service to under 18’s and their families who are affected by substance misuse in the Mid-West region.

He added: “All players and coaches who represented Limerick in the National finals played extremely well and did Limerick proud on the day. We are particularly proud of Darragh’s achievement of being selected to represent his community, county and country in October’s International Street League World Cup.”

Meanwhile, a fundraising soccer tournament was held last week with all proceeds going towards funding Darragh’s preparation for the World Cup. The Southill Outreach Programme member is currently travelling to Dublin twice a week to attend training sessions with the national side.

The Limerick Sports Partnership through Liam Cantwell and Padraig Reale teamed up with FAI Development officer Jason O’Connor to run the Limerick World Cup in Annacotty with the victorious team being provided with tickets and transport to and from Ireland’s upcoming Euro International Qualifier against Gibraltar. Over €300 was raised from the event which the FAI and Limerick Sports Partnership donated to Darragh to aid his participation in representing his country in the upcoming World Cup.

The 2013-14 Limerick Street Soccer League took place over 20 weeks at the Delta Sports Dome on the Ballysimon Road and concluded with the national finals in Dublin. For more information about the League contact Ricky Nolan at [email protected].

Related Topics:communityinspirationalnewspressPromosouthillsportsportsworld cup
Up Next