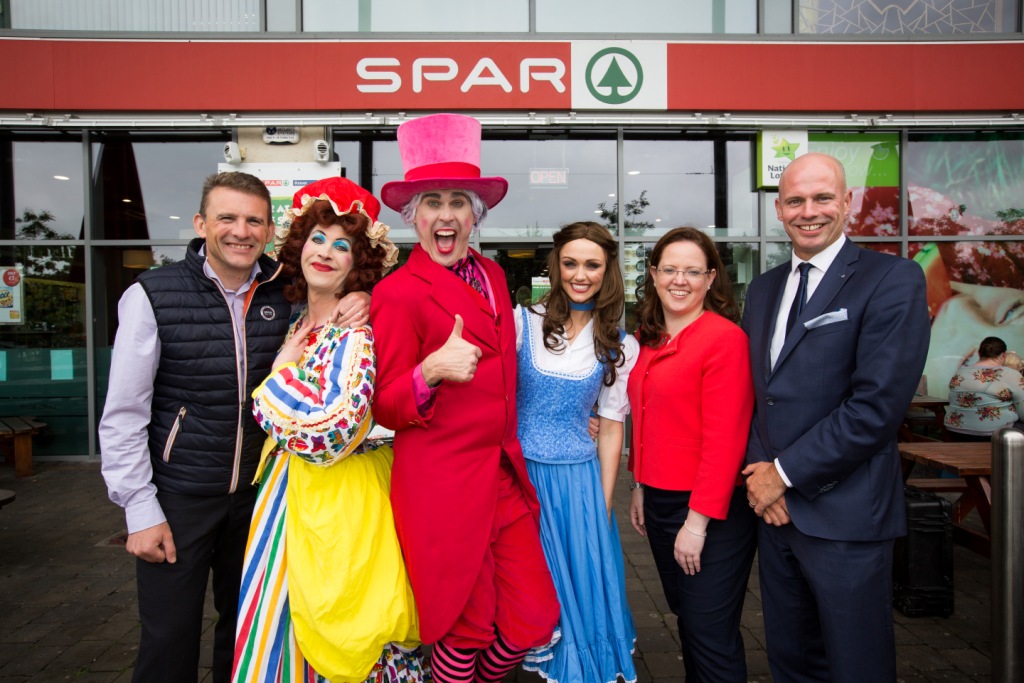 SPAR, one of Ireland’s largest convenience retail groups, has announced its title sponsorship of the 2016 University Concert Hall, Limerick Panto, Beauty and the Beast.

Established in 2012 the University Concert Hall panto has gone from strength to strength and now enjoys capacity audiences, with almost 25,000 patrons attending 31 shows over Christmas 2015. With a star-studded line-up, stunning sets, costumes, lighting and the best chart-topping tunes, the UCH panto is now widely regarded as one of the best professional pantomimes  in the country.

SPAR has been operating in Ireland for over 50 years, and from the time it opened its first store in 1963, the brand has been a leader in Irish convenience retailing, bringing consumers the most innovative products and in-store offerings.  The group, which is part of leading wholesale and retail company BWG Foods, includes SPAR for neighbourhood shopping and SPAR Express for forecourt shopping.  With a presence in every county across Ireland, SPAR’s over 400 stores provide employment for 14,000 people locally.

According to Colin Donnelly, SPAR Sales Director, “SPAR is delighted to be the title sponsor of the 2016 University Concert Hall, Limerick Panto, Beauty and the Beast. SPAR stores are at the heart of Irish communities and events such as the UCH panto breathe life into local communities. This year the pantomime is expected to be one of the biggest and best yet. We wish everyone involved the best of luck.”

Speaking earlier Sinead Hope, Director of UCH said: “We are delighted to have such a well-established brand as SPAR as our title sponsor for this year’s Panto. SPAR are synonymous with the highest quality service, products and local community engagement which we saw as the perfect fit for our Panto partner. We look forward to working with the team there to promote and deliver another excellent show this Christmas”.

Beauty and the Beast, is now on sale with the much loved gang back for a hilarious take on a tale as old as time!

Beauty and the Beast tells the story of Belle and the dreaded Beast in his lonely castle. Belle is beautiful, the Beast is – ahem – beastly and Gaston is more mad about himself than Kim and Kanye combined!

Their lives entwine when Belle becomes imprisoned in the Beast’s castle and has to contend with a host of well-meaning crockery. Gaston quickly decides he is the only man to save her (think of the super cool selfies he’ll get leading the angry mob! #Hero),
while the Beast gradually changes his scary ways when faced with Belle’s beauty.

Last year’s UCH Panto sold out, so don’t delay! Early bookers will get the best seats, at the best prices, and can cross it off the Christmas “To Do” list before they even start one!

There will be a Sensory Friendly performance on Friday 6th January at 2pm. This show will be a little brighter and a little quieter, without any sudden, loud noises. There will also be plenty of room for audiences to move around and get comfortable, all of which will make it more accessible to some families.