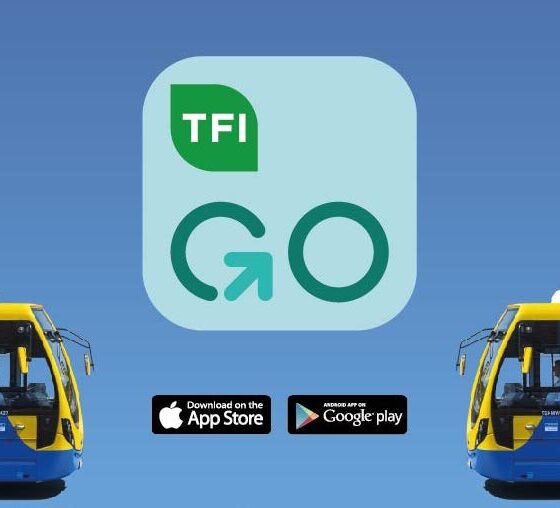 The National Transport Authority (NTA) has announced an introductory offer of €10 for 10 journeys for customers using the new TFI Go mobile ticketing app. The offer is available on city bus services in Cork and Limerick red zones as well as town bus services in Athlone and Navan.

The app can currently be used on selected services operated by Bus Éireann and will be rolled out on some TFI Local Link and other bus services across the TFI network in 2022.

Attention TUS Limerick students! Save with the #TFIGoApp and get your @Buseireann #10JourneyTicket for just €10 during Oct and Nov. That’s only €1 per trip!
Get the TFI Go App here: https://t.co/AeRGLptZuq pic.twitter.com/XvFPscOF9O

CEO of the NTA Anne Graham said, “The discounted fares we are announcing today for users of the TFI-Go App represents the best ever value we have offered our customers. This app provides an alternative for customers who don’t want to carry a TFI Leap card with fares that are cheaper than cash.

The promotional fare announced today is a real incentive to use the new TFI Go App at just one euro per trip. Even the normal TFI GO single fare will be up to 30% cheaper than the current cash fare and represents great value. We encourage our customers to download the App and avail of this fantastic offer.”

Bus Eireann CEO Stephen Kent said, “The offer of 10 single trips for just €10 on Bus Éireann Cork and Limerick city red zones and Athlone and Navan town services in October and November is a fantastic promotion and one more reason to try out the app.

TfI Go is very welcome for Bus Eireann PSO customers and also for our drivers. We were delighted to pilot the technology successfully with the NTA last year. The convenience of paying from your mobile phone reduces the need to carry cash. It can also speed up boarding times, helping us to keep our passengers on the move and on time,”

Stephen Kent continued, “And now with a one euro fare promotion, there is every reason to give it a go.”

The TFI Go App will operate on 30 Bus Éireann services on the following Limerick routes:

For other stories on Bus Eireann go HERE 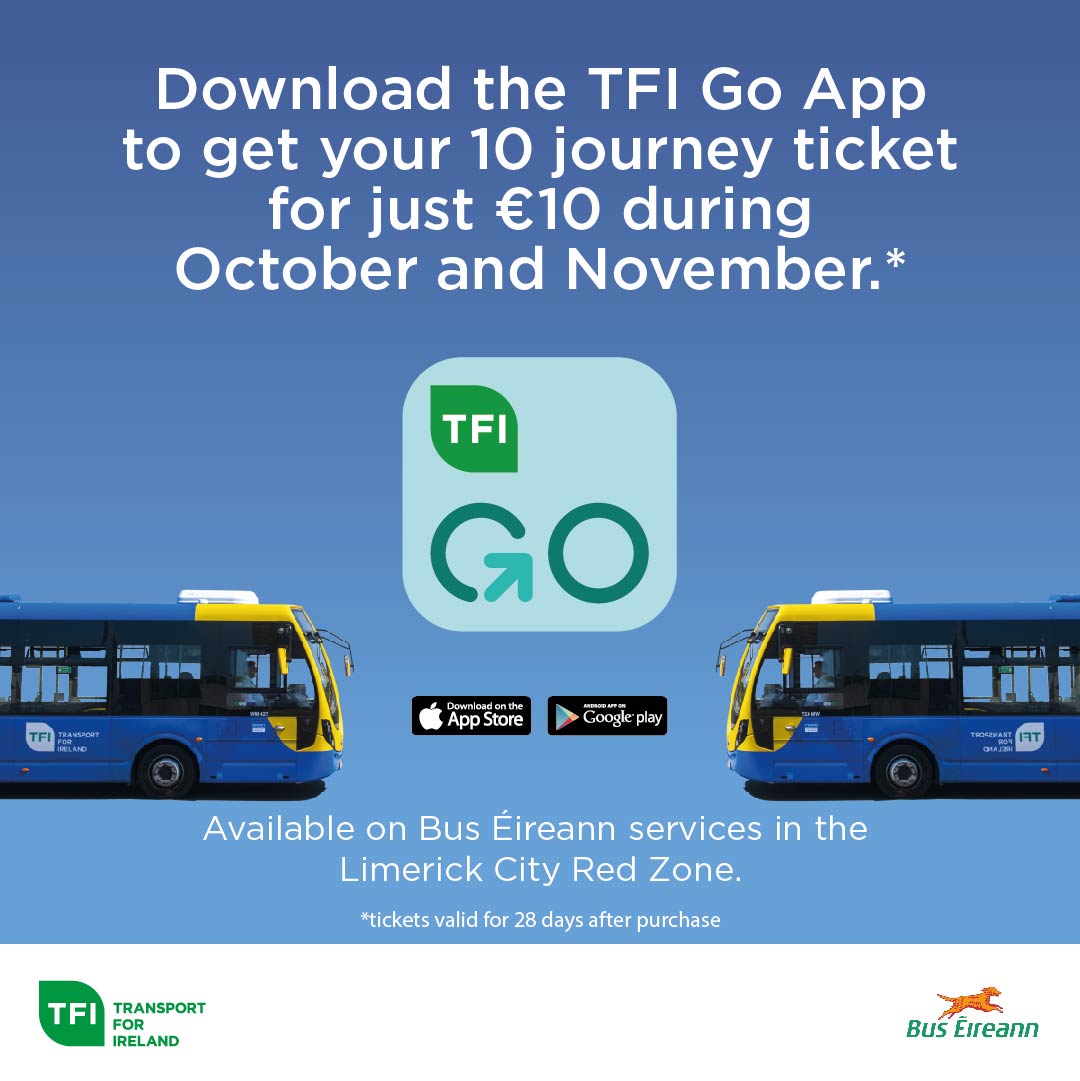