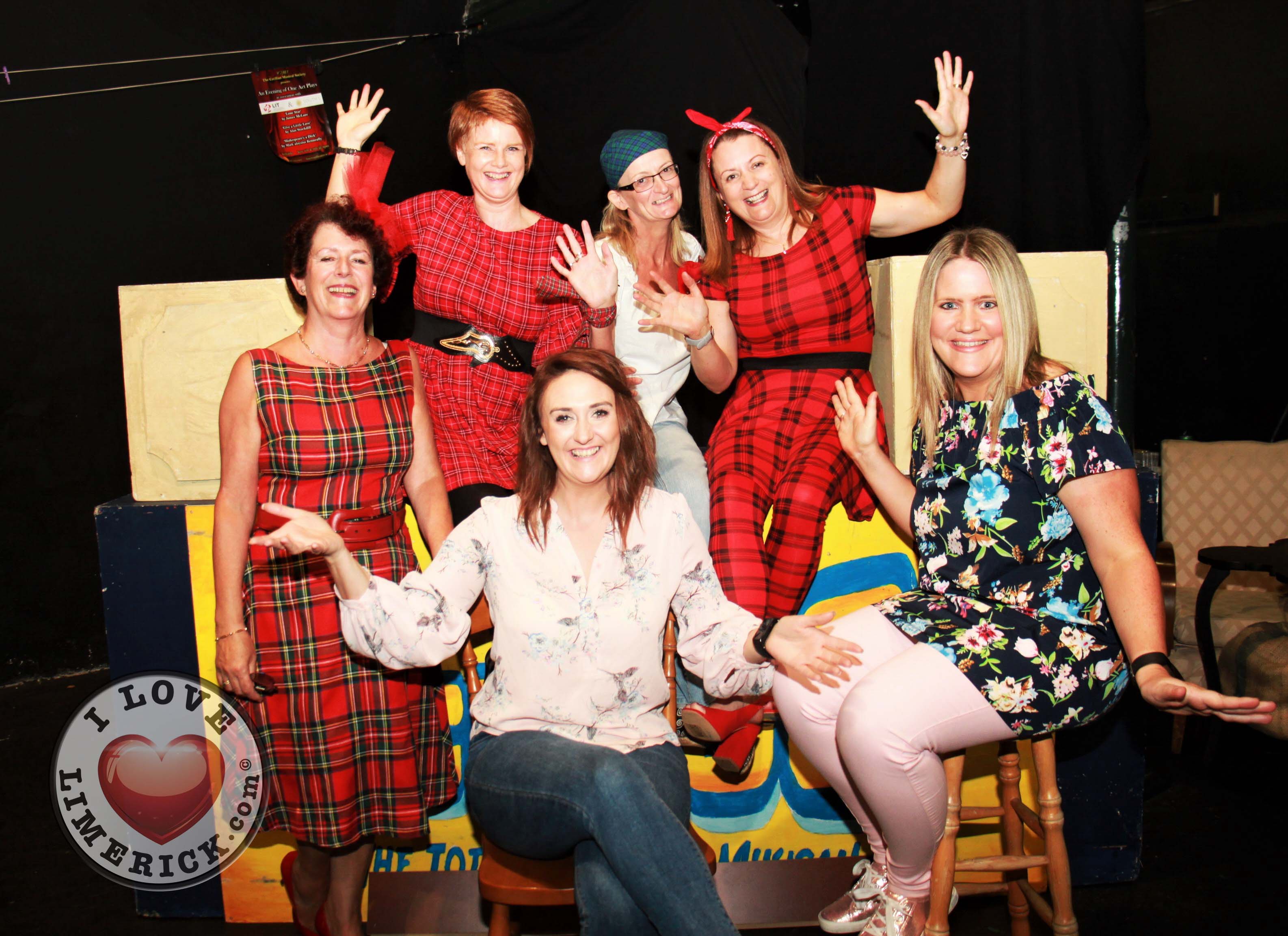 The Cecilian Musical Society presents three one-act plays at the Belltable, which is something new and exciting for the group.

The first of the plays is ‘Lone Start’, by James McLure and directed by Martin McNeilis. Cast – Gary Keane, Glen Carr, Martin Pierce. In the backyard of a Texas bar, two brothers, Roy and Ray reflect on the different paths their lives have taken.  Roy, the town heartthrob, is trying to find his place back in town after a stint in Vietnam, while his brother Ray, who stayed behind to look after the farm and Roy’s wife, worships his older brother. Cletis, the son of the store owner may have risen in prominence in the town, but all he wants is the respect of his peers.  As the beers are downed their relationships are explored to great comic effect, with a couple of surprises along the way.

‘Give A Little Love’ by Alan Stockdill (Irish premiere) and Directed by Sheenagh Murphy. Cast – Niamh Donnellan, Gráinne Hartnett, Anne Carey, Janet Woods, Suzanne Hickey. When four old school friends meet up again after thirty years at a Bay City Rollers tribute concert it soon becomes apparent that you can take a girl from her teens but you can’t take the teenager from the girl. Old tunes and old flames die hard and live again in this tale of memories and music. Laugh, cry and shang-a-lang along with Liz, Karen, Debbie and Bev; and get swept away by this entertaining, touching  and revealing the drama

‘Shakespeare’s a Dick’ by Mark Aloysius Kenneally and directed by Nigel Dugdale. Cast – Patrick Woulfe, Barry Danaher, Áine Hogan. When the young red-neck Wally curses the name of Shakespeare and opts to attend a Monster Truck Show instead of “As You Like It,” he feels the wrath of the Bard. Waking up after a heavy night of boozing, he finds he can only speak in Shakespearian verse. His best friend Ramie searches for a cure from their high school English teacher Ingrid, while his girlfriend Doris swoons for the new Wally.

From 1928 the society lapsed for a number of years until 1944, when it was revived as the Cecilian Musical Society, concentrating chiefly on choral and orchestral concerts.  With the completion of the new Assembly Hall at the Crescent in 1947, the society once again revived stage shows, and in December of that year opened its productions with a pantomime.  The society went on to present 130 shows on the Crescent stage.  In 2002 The Cecilians produced their first show at the University Concert Hall, “Guys and Dolls”.

For more on The Cecilian Musical Society, click HERE

For more stories on the Belltable Limerick, click HERE

Related Topics:belltablececilian music society
Up Next