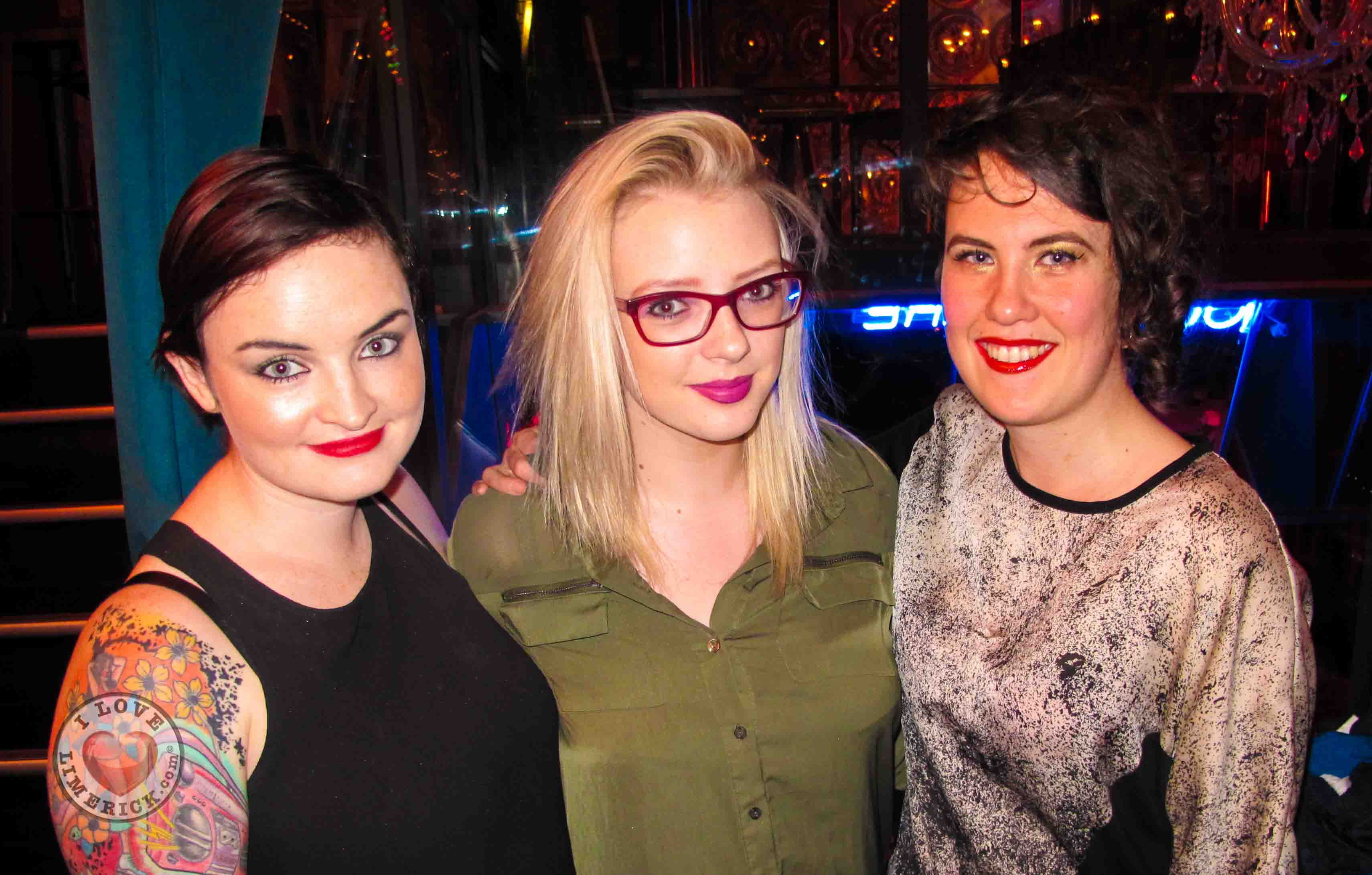 The Mezz Limerick launched this Thursday at the Red Hen

Pictured at the launch of Mezz Limerick at the Red Hen are organisers Louise McCormack, Lydia Doody and Holly Burnard.

The Mezz poster, inviting people to “come out and play” at the monthly event in the Red Hen.

Limerick’s monthly Mezz event was kicked off in the Red Hen, Patrick’s St, this Thursday night.

Established to provide a space for gay girls to socialise, Mezz Limerick offers the LGBTQ community in Limerick a place to meet new people and have fun, in a relaxed and welcoming environment.

The Red Hen is proudly hosting the first girls night outside of Dublin, in a late bar which boasts a private rooftop garden and stunning venue, all with no cover charge.

While the Limerick LGBT scene has grown in recent years, there has been a gap in the community for an event like Mezz

The event, organised by Louise McCormack, Lydia Doody and Holly Burnard, is set to become a monthly fixture in Limerick city nightlife and the Limerick LGBTQ community.

“We were thinking that there’s been nothing on in the gay scene recently in Limerick. We brought up the idea to see if there was any interest, and there was,” Louise said.

Though marketed for girls, organisers say that the night is open to both men, women, and gay, bisexual and straight people in Limerick.

“There are people who don’t want to be identified as any gender. It’s more focused around girls and having a girly night, but everyone is welcome.” Louise explained.

“It’s ideally aimed at gay women. We weren’t expecting men, but we didn’t want to isolate anybody in the community, because we’ve very close-knit and very inclusive,” Lydia added.

The focus on a night for gay women in particular came about because “there are a lot of nights that are aimed at the gay scene, as a whole, but it’s mostly for gay men, I’ve found, personally,” Lydia said.

The late bar’s warm and inviting setting saw crowds gather for the night, with the event organisers thanking the Red Hen for offering the venue and looking toward the future.

“We planned to have it every month and maybe once at the weekend, so that out of town people can get down.” Holly said.

Mezz Limerick is supported by the UL LGBTQ community, Out in UL, with people from the group in attendance on the night.