Home / Advert / PHOTOS – Rubberbandits at Lime Tree on May 23

PHOTOS – Rubberbandits at Lime Tree on May 23 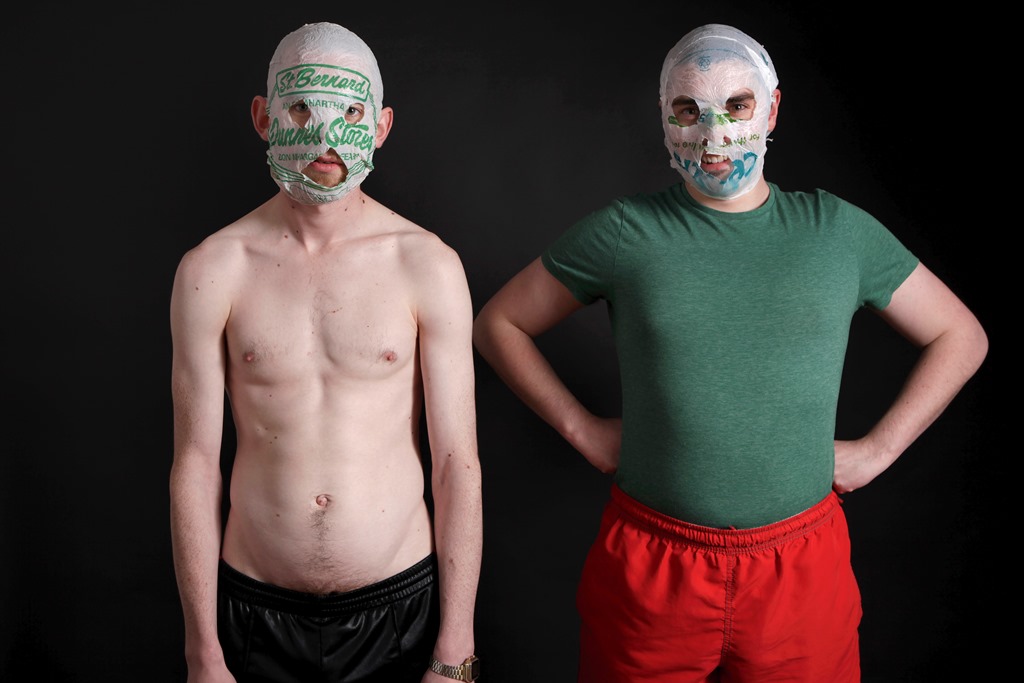 The Limerick comedians, The Rubberbandits, known for wearing local shops plastic bags on their faces, will bring their ‘musical’ show Continental Fistfight to the Lime Tree Theatre on Saturday, May 23.

The Rubberbandits will return to their hometown with Continental Fistfight,  after their four performances at the Peacock Stage at the Abbey Theatre, which has also been performed at Shakespeare’s Globe, London’s West End and the Edinburgh Fringe Festival.

The extremely successful show has sold out over 60 nights in London last year, with them receiving great reviews from UK critics with are hard to win over. The Rubberbandits have worked hard to move away from the Horse Outside madness that occurred in 2010, with the desire to focus on darker songs such as the quite uneasy, blackly comic songs Fellas and Dad’s Best Friend.

Blind Boy Boat Club said that Horse Outside was “fine and mainstream and fun, but wasn’t fun for us”. “We have gone through a sustained period of deliberately losing fans by releasing increasingly weird shit,” he said. “It is getting weirder, which we are happy to do, because we want to make the stuff that we would like to see.”

The show was performed in Ireland for the first time at Christmas, in Dolan’s, with Blind Boy describing that it was a “musical”, but contains stand-up elements throughout. Blind Boy mentioned that “nothing in the world beats a Limerick gig”.

The first three shows at the Abbey sold out in 24 hours. The Rubberbandits will also play at Galway’s Town Hall Theatre, Cork’s Everyman Palace and Kilkenny’s The Set Theatre as part of the short Irish tour.

Photos by Oisin McHugh for I Love Limerick 2015. All Rights Reserved.