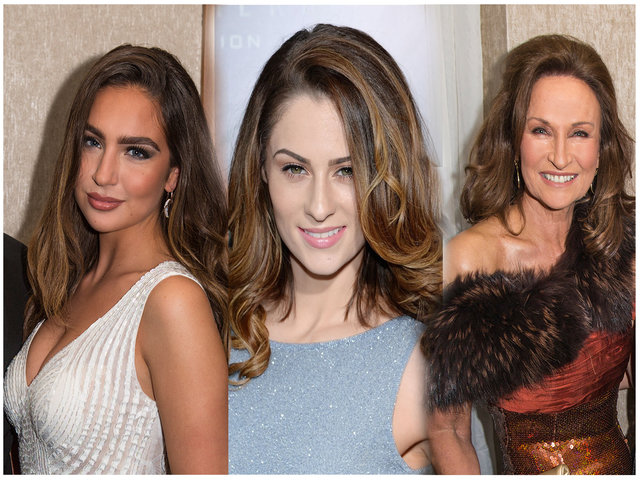 Three of our favourite Limerick ladies need your support! Celia Holman Lee, Shauna Lindsay and Madeline Mulqueen are all nominated at this years VIP Style Awards, so Limerick we are asking you to share the love and go give them a vote. It would be good for the ladies and good for Limerick to be recognised as a city of style

The Peter Mark VIP Style Awards, which celebrates Ireland’s most stylish women and men, returns for a 15th year, and as always YOU decide who will win the main awards. The evening of glamour is set to celebrate the most stylish, and popular, Irish women and men. Celia is nominated for Most Stylish Woman, Shauna for Most Stylish Newcomer and Madeline for Look of the Year and we hope all three of them will be bringing home style gold!

Celia has been paving the way in Irish style for decades, she just turned 65 this past December and she is without a doubt the Most Stylish Woman in Ireland. It cannot be denied that throughout her fashion fueled 65 years that Celia has accomplished things she could have only dreamed of while working as a shop assistant at the curious age of 15. She has been described by the Daily Mirror as having been “Ireland’s most successful model” and by the Daily Mail as having been Ireland’s “most sought after face in the seventies and eighties”. She founded her own modelling agency, Celia Holman-Lee Model Agency, at the age of 22 and has run it for over 30 years, making it the longest running modelling agency in Ireland.

Celia’s pride in her city and determination to fly the flag for Limerick at every opportunity is always evident and Celia is rightly regarded as one of the country’s leading lights in the fashion world. But there are no airs and graces, she’s a true Limerick lady, a wonderful ambassador for the city and she never forgot where she came from.

Shauna Lindsay is hoping to bring home the title of “Most Stylish Newcomer” on the night. The young model won a two month long social media campaign for the title of #GoshGirl2015, last year and was the face of Gosh Cosmetics. Close to half a million votes were cast during this two month process, at the end of which, 23 girls travelled to Dublin’s The Morgan Hotel to be judged by a panel which included Sarah Morrissey and celebrity photographer Evan Doherty.

Shauna’s win with Gosh is not her only social media success story to date, with her blog, titled ‘Shauna Lindsay’  growing in popularity on a daily basis.

The blog features fashion, makeup and skincare tips and generally revolves around her own individual style. Shauna says that she enjoys a unique fashion style and likes to “wear things that you wouldn’t see other people wearing.” Shauna’s Instagram account is hugely popular, a benefit for any aspiring model in today’s digital age, and she is also a regular columnist in Limerick’s Fusion magazine every month.

Limerick born model and blogger Madeline Mulqueen is also hoping for gold in the “Look of the Year” category. Madeline feels Limerick has so much to offer fashion with newcomers such as Shauna Lindsay who regularly appears on Xpose, and the iconic fashionista Celia Holman Lee. So it goes to show that Limerick is no stranger when it comes to fashion. She feels that it’s not just Dublin that is the home of fashion and that Limerick has loads to offer and wanted to bring Limerick to the forefront of fashion in Ireland.

Madeline tells us, “Limerick is a place that you can come for fashion and beauty. My heart is in Limerick and I miss it terribly when I am away. Limerick is just such a great place and it just has it all.”

All that remains now is for you to have your say, so get voting! Simply click through the five categories to make your vote count. Voting closes at midnight on Wednesday May 4, and the winners will be crowned on Friday May 6. www.vipstyleawards.ie.