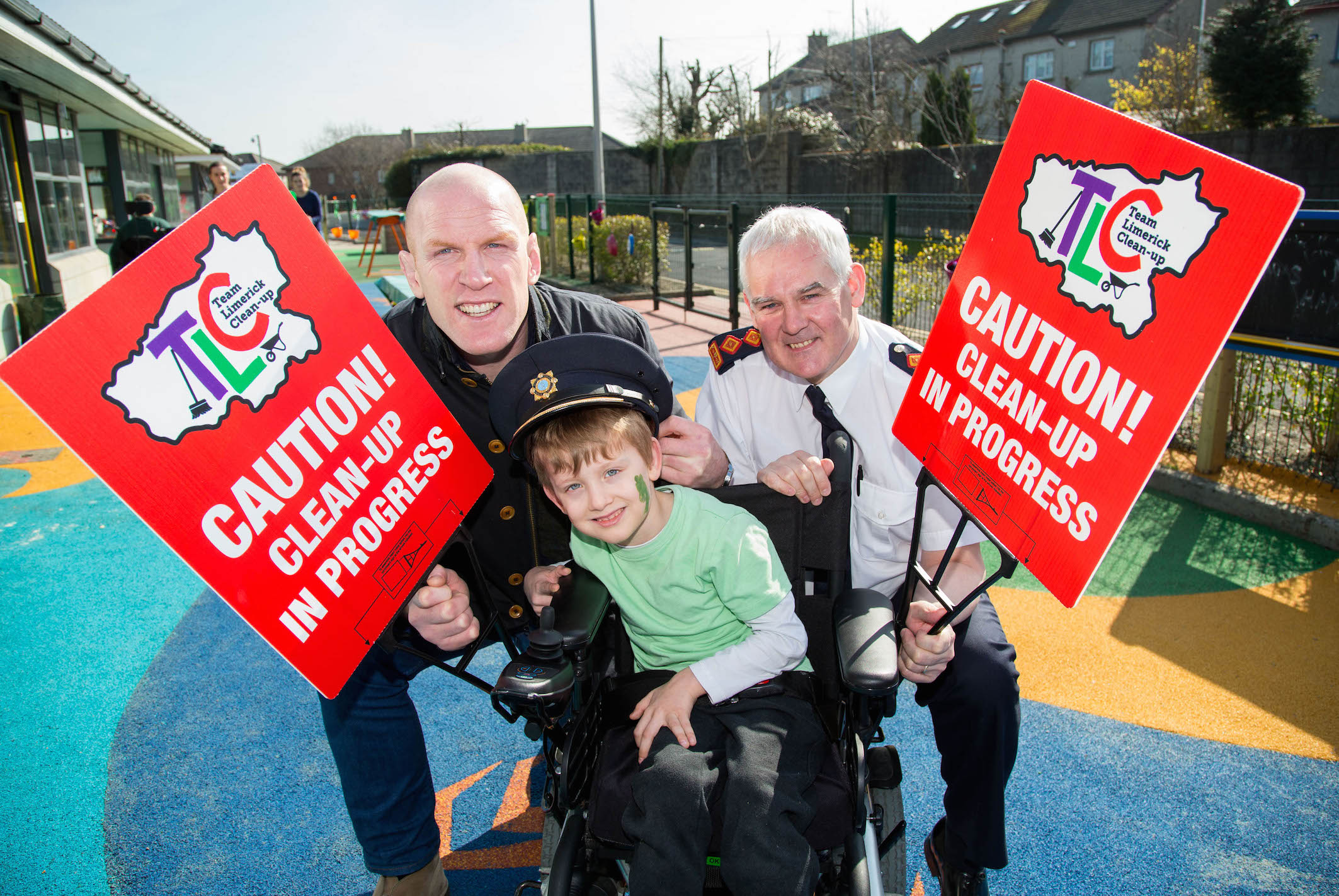 TLC2 gets over 13k volunteers to clean up Limerick

TLC2 gets over 13k volunteers with less than one week to go to, the final preparations are underway to ensure that everything runs smoothly for the 13,414 volunteers who have signed up for the mammoth community endeavour. Following on from the huge success of last year’s Team Limerick Clean-up, which saw over 10,000 volunteers give up to 20,000 hours of their time cleaning up Limerick. Team Limerick Clean-up 2 (TLC2) is set to take place again this year on Good Friday, March 25.

TLC2 gets over 13k volnteers including over 400 groups have signed up to take part in the initiative which is sponsored by the JP McManus Benevolent Fund and is co-ordinated by Limerick City and County Council with the support of  the Limerick Leader, Mr Binman and Live 95FM. Resident associations, youth groups, schools, sporting organisations, businesses and families are all gearing up to get their hands dirty while enjoying the feel good factor that comes with participating in such a worthwhile undertaking.

Sporting heroes including Limerick’s most iconic rugby legend, Paul O’Connell, and members of the Limerick senior and U-21 hurling teams have all pledged their support for the endeavour. “The reason it was such a success last year – we had over 10,000 people out – is the simplicity of the whole thing,” said Paul O’Connell. The retired Ireland rugby captain who participated in last year’s clean-up along with his son Paddy is urging people to give up a few hours of their time on Good Friday to get involved in the fun and worthwhile event.

“On Good Friday, apart from religious ceremonies, there isn’t a whole lot else to be doing and I think the big thing is to get your kids out, or your kids to see you out. It’s all about creating habits here,” added Paul who joined Chief Superintendent David Sheahan for a photo call this Tuesday ahead of next week’s big clean-up. Chief Supt Sheahan says “it’s imperative that all groups and participants take responsibility for themselves on the day for their own safety – in particular observing the rules of the road at all times. “We are asking all participants to have safety as their number one priority on the day and to not take any chances,” he said.

JP McManus, who came up with the idea for the clean-up along with Paul and local activist Helen O’Donnell is very keen to see children getting involved in the initiative which will see them form good habits for life. There will be tea and coffee gatherings at a number of locations throughout the city and county after the TLC2 event takes place.

While participants are encouraged to contribute as much of their time as they wish on the day, most of the teams will be out from 10am to 12pm.

For more information check out the TLC website here