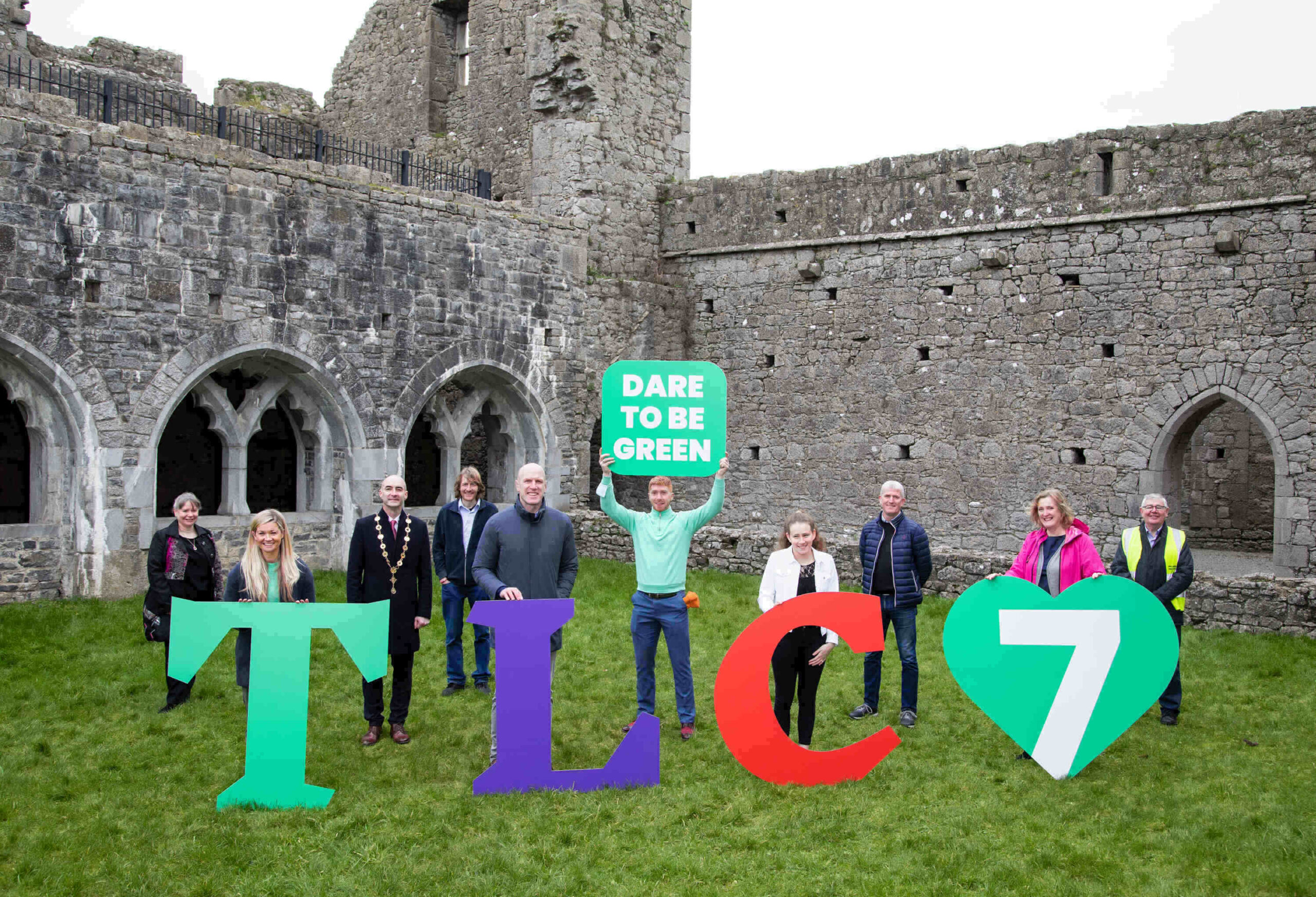 Registration is now open for the 7th edition of the largest one-day clean-up in Ireland, Team Limerick Clean-Up (TLC), set to take place on Good Friday, April 15 across Limerick city and county.

Celebrating what will be a ground-breaking return for the much-loved community event after a two-year hiatus due to Covid, volunteers are urged to sign up early HERE  and help make this the best TLC yet. Participants in TLC7 are also encouraged to stringently observe health & safety guidelines, in line with Government and HSE directives.

This year marks the beginning of a new era for TLC with a fresh new look, a revamped website, and a reinvigorated approach to tidying up litter by tackling the rapid rise in waste items such as discarded facemasks and fast-food packaging. The popular tea/coffee gatherings after the clean-up will also be held at locations throughout the city and county.

Sponsored by the JP McManus Benevolent Fund, TLC has seen over 400 tonnes of litter gathered from the streets by volunteers and event partner Mr. Binman since inception in 2015 – equating to over 14,500 household wheelie bins.

In Kilmallock for the launch of the 7th @TLC_Limerick with some of Limerick’s biggest sports stars Registration is open now! pic.twitter.com/3moQe7zyqf

Overall participation figures are close to the 100,000-mark and include volunteers from all walks of life from schools, colleges and GAA clubs, to Munster Rugby, community, residential groups, businesses, charities, nursing homes and well-known faces locally.

Commenting at the launch, TLC ambassador, Paul O’Connell said: “While we are of course looking forward to Team Limerick Clean-Up 7, it’s also important to reflect on what we have achieved to date. We are incredibly thankful to every volunteer who makes TLC what it is and comes out on Good Friday to clean around their locality. We’d urge previous participants to sign up early, and anybody who hasn’t yet got involved in TLC, now is the perfect time to start and help us make TLC7 the best yet, and Limerick city and county the cleanest it has ever been!”

Mayor of the City and County of Limerick, Cllr. Daniel Butler, added: “Team Limerick Clean–Up has become a huge source of pride for the people of Limerick. It shows the strength and power that we have as we come together as communities to help improve our localities. We have been hamstrung with the pandemic over the past number of years, but let’s hope we can show the world what Limerick is all about for TLC7.”

Team Limerick Clean-Up is an initiative sponsored by the JP McManus Benevolent Fund and supported by Limerick City and County Council. Endorsed by Paul O’Connell, the official partners include Mr Binman, The Limerick Leader, The Limerick Post, I Love Limerick, Elive and Limerick Live 95FM.

For other stories on Team Limerick Clean Up go HERE

Related Topics:featuredTeam Limerick Clean Up
Up Next