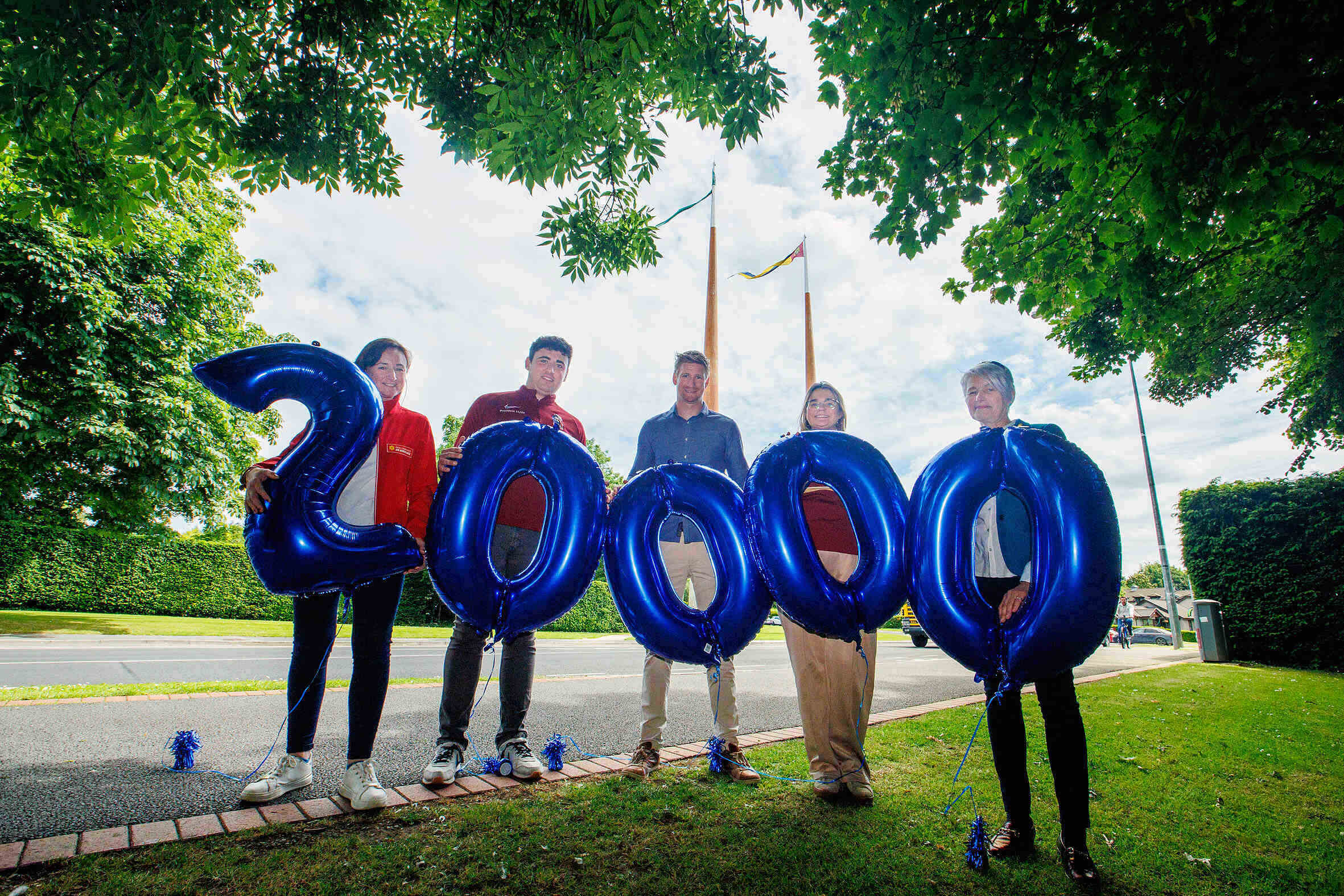 UL Student Life, the student body for The University of Limerick, are responsible for running Charity Week in semester two of each academic year. The week is filled with fundraising activities and three large evening entertainment gigs. The students of University of Limerick raised an amazing €20,000 for two student-chosen charities this year, the Irish Red Cross (Limerick Area) and Irish Air Ambulance, who will each receive a €10,000 donation in what has been a difficult period for charities coming out of Covid-19.

The main UL Charity Week 2022 events were held from April 4-6. The student courtyard hosted Cabal – a Limerick DJ Collective night one and Shane Codd played to a sell-out crowd in what he said “was the highlight of his career so far” on night two. On Wednesday night, Wild Youth and Leah Heart filled Dolans Warehouse on the Dock Road. During the day there were many fun activities including a ‘shave or dye’ and leg waxing. There were also activities run throughout the year including student quizzes and games nights.

“We try to keep the entertainment as diverse as possible in order to cater for as many of the 17,000 students on campus as possible,” said UL Student Life’s Student Engagement Coordinator Dara Fahy.

Every year, the beneficiaries of UL Charity Week are picked by the students.

‘”It is very important for us to listen to the student voice and what the students want to raise their money for,” said Dara Fahy. “Both of these charities are close to the hearts of many students on campus but especially those in our Clubs and Societies.”

Due to Covid 19, UL Student Life was unable to run any fundraising for the last number of years so being able to donate €20,000 to charity coming out of restrictions is incredible.

Dara mentioned, “At the start of the year we didn’t know if we were going to be able to hold events or even if people would engage but it is great to be able to put on top-quality entertainment for students, while also raising money for charity”.

Outgoing Student President, Cillian O’Donohue, added, “We were keen to have the most engagement possible so we moved Charity Week to later in the semester in the hope that restrictions would be lifted. It was great to see so many students back having a good time.”

He noted, “The University and Student Life have worked together very closely during the pandemic to support students through a very difficult period.  We are thrilled to see how fantastically students engaged with Charity Week, enjoying some amazing gigs while raising so much money for good causes.  The donations to the Irish Red Cross (Limerick Area) and the Irish Air Ambulance are a great way to mark the end of the academic year and a tribute to the contribution that UL Student Life makes to our community.”

The Irish Community Air Ambulance charity currently runs Ireland’s only charity Helicopter Emergency Medical Service (HEMS) Air Ambulance. It works in partnership with the National Ambulance Service and responds to serious incidents and medical emergencies from its base in Rathcoole, Co. Cork. It brings patients to the hospital that best suits their life-saving needs, not just the closest geographically. The helicopter was launched in 2019 and serves a population of 1.5m people, primarily in the Munster region. It has been tasked more than 1,300 times since then. The charity also funds a fleet of ten Rapid Response Vehicles on the ground.

Mícheál Sheridan, CEO of the Irish Community Air Ambulance said, “I want to say a big thank you to the UL Students and everyone who donated to their fundraiser. We’re called to the most serious incidents, often in rural and isolated locations. The number of taskings to Limerick and surrounding counties increased last year and we regularly airlift seriously ill and injured patients to University Hospital Limerick”.

The Irish Red Cross Limerick Area is one of the main providers of first aid and ambulances services for sporting, social and community events in Limerick City and County. During Covid-19 their volunteers worked in tandem with the HSE assisting the National Ambulance Service providing intra-facility transport for patients. The Irish Red Cross also works with other charities like the Simona Community and Meals on Wheels.

Mary Grehan, Hon Chair of the Limerick City Branch of The Irish Red Cross said, ‘The funds that you have very generously raised will go a long way in purchasing life saving equipment such as AEDs. This will allow us to maintain our high standard of pre-hospital care our volunteers provide across Limerick.”

As UL Student Life gears up for another academic year they plan on trying to raise even more money next year for two new charities. Hoping that there will be no more lockdowns, the full academic year can be utilized to raise money for charity.  These new charities will be shortlisted by the Student Council in September before being opened to a poll on social media for the wider student population to have their say.