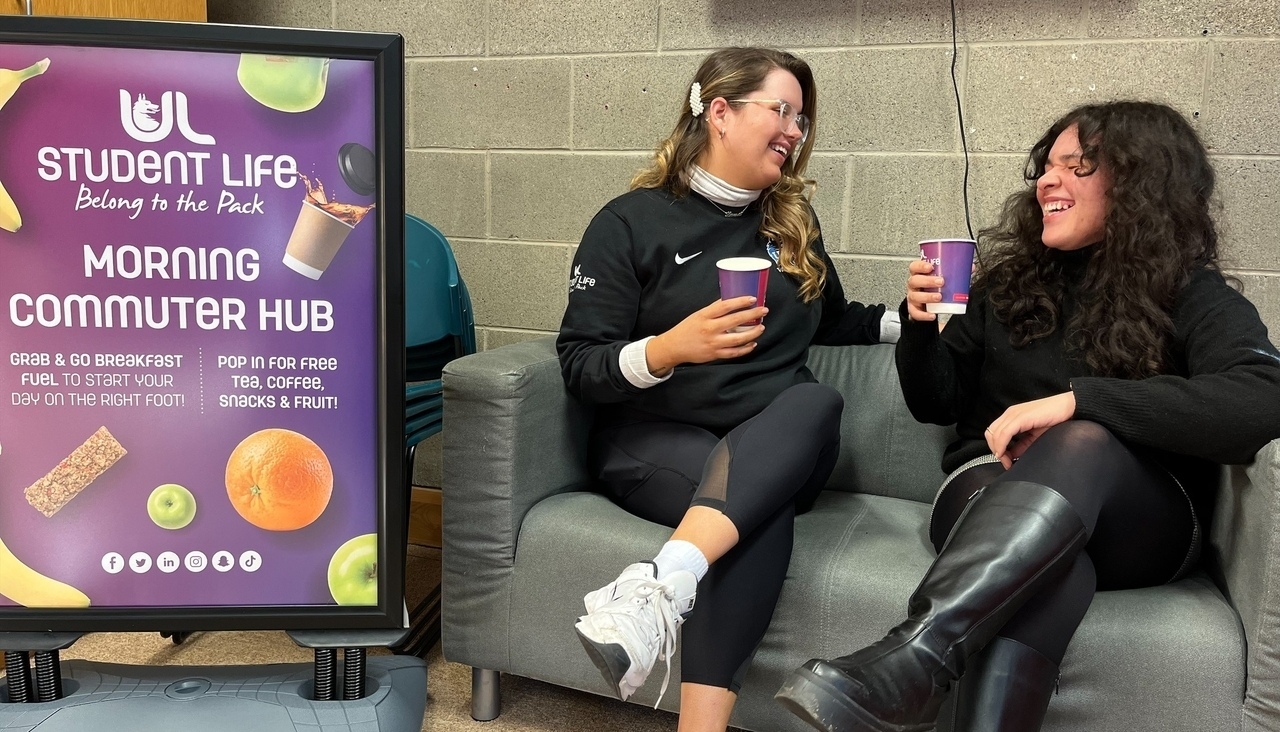 UL commuter hub is offering students a place to shelter and chat, with free tea, coffee, and breakfast fuel to enjoy before they start their day.

UL Student Life (ULSL) have launched a morning UL Commuter Hub to support the rising number of commuter students travelling daily to the University of Limerick.

UL Student Life is the student representative body of the University of Limerick.

The UL Commuter Hub runs from 8 am-9 am Monday to Wednesday offering students a place to shelter and chat, with free tea, coffee, and breakfast fuel to enjoy before they start their day.

The initiative was launched in response to the rising number of students that are being forced to commute due to the lack of accommodation available.

Over 35% of all University of Limerick students who still cannot find suitable accommodation are being forced to commute long distances, stay in hotels, sleep in cramped conditions, and find themselves homeless or in emergency accommodation, findings show from a recent ULSL survey.

Speaking on the launch of the Commuter Hub, UL Student President Maeve Rutledge said, “The commuter hub provides a space for students to come in and relax, chat to others and have some breakfast before class. The feedback so far has been phenomenal, we even saw one student saying the Commuter Hub saved them from dropping out of college.”

Despite only launching last week, the Commuter Hub has seen a steady increase in the number of students availing of the initiative, tripling in footfall from day 1 to day 3.

UL Student Communities Officer, Laura Corcoran, said, “We have spoken to students at the Commuter Hub who are commuting daily from as far as Mayo, they’re on campus as early as 7am and have nowhere to go. They might not have class until 12noon and can’t really afford to be spending money in cafes just to have somewhere to shelter.”

Over 47% of students who identified as a ‘commuter student’ in the accommodation survey said they are doing so, simply because they cannot find suitable accommodation.

ULSL has seen a significant rise in those applying for financial aid to help with the cost-of-living crisis, particularly the cost of commuting to and from college each week. Of all the commuter students surveyed, nearly 27% said they are spending between €40-€60 a week on travel.

ULSL is hoping to expand the Commuter Hub in the New Year to meet the demand from students availing of the service.

Related stories on the University of Limerick

Related Topics:ul student lifeUniversity of Limerick
Up Next