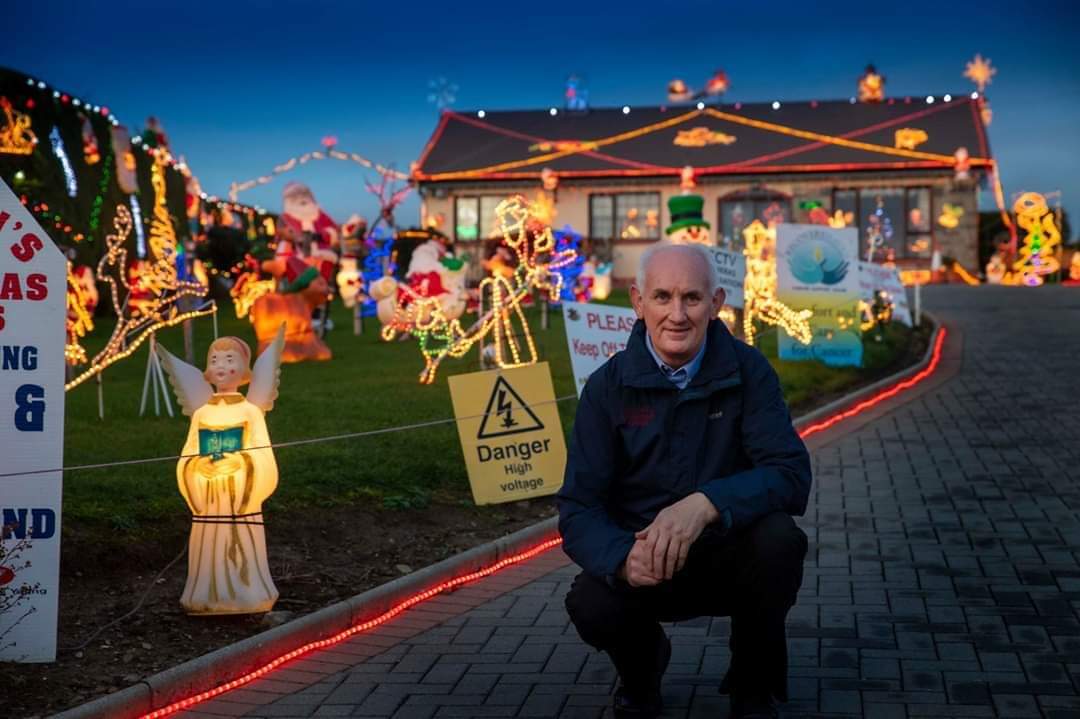 Limerick man Tony Noonan is known across Limerick and the wider area for his extravagant Christmas light display at his home in Templeglantine. People travel far and wide to view his magnificent display, which he creates annually in the name of charity. The Tony Noonan Christmas Lights 2022 display was officially switched on last Sunday, November 20.

Nickie Quaid, Limerick goalkeeper had the big responsibility of flicking the switch at the event. David Clifford and Tadhg Morley were also in attendance and the Liam MacCarthy and Sam Maguire Cups were brought for display at the ceremony.

For over twenty years the Noonan’s have been lighting up the night sky with their annual Christmas Wonderland of Lights and have raised over €200,000 over the years by doing so, along with winning two All-Ireland titles in the process. Over the past two decades the Christmas wonderland of lights has attracted visitors from near and far, raising thousands and thousands of euro for local charities while giving enjoyment to young and old. This money is vital for the local charities that the Noonan’s support and brings enjoyment to those who come to see them. Tony initially started the lights display for his daughter Siobhan, who has special needs.

Tony said, “I do this because I want to light up people’s lives in these dark times, because we are all coping with the aftermath of Brexit, we still have Covid, then there was the war in Ukraine and then the cost-of-living crisis, so I hope this helps give people a smile.”

Due to the rising cost of electricity, Tony has had to make a few changes. He has got a brand new generator charged to ESB standards to reduce energy consumption, and a license to operate it. Tony’s spectacular display can even be seen from the International Space Station when it is fully lit.