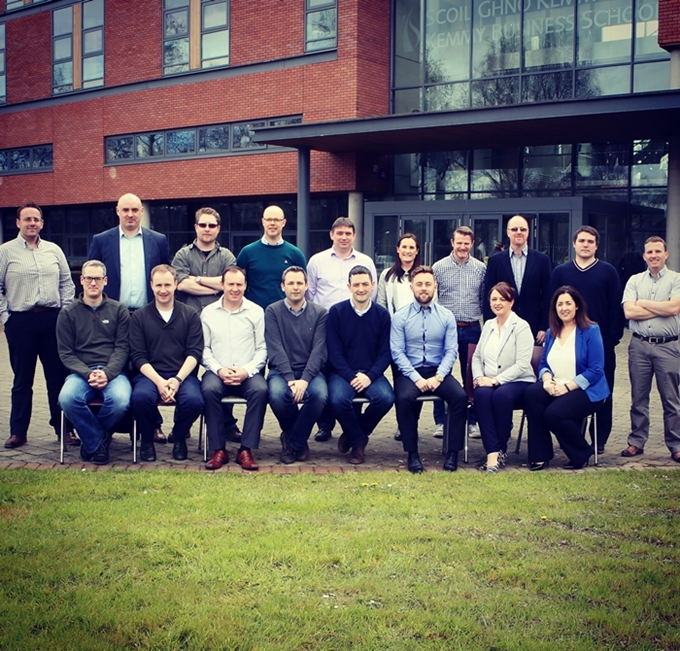 Students from the MBA Class 2016 in the University of Limerick (UL) are set to take part in the 7 annual Barringtons Hospital Great Limerick Run this Sunday. The idea was brought together in a bid for the class to come together and use their heads and their contacts, to raise much needed funds for Milford Hospice.

The entire class will run 10k on Sunday as part of the great Limerick run and will wear their specialized t-shirts on the day. The class initially set out to raise €10,000 for Milford Hospice but having already passed the target, they have set a new target of €12,000.

John Cassidy, is a member of the MBA class and part of the committee organising the charity drive. John explained that other MBA class in other Universities “have held charity drives such as business dinners, but UL had never done anything like it before. We wanted to use the talents in the room to do something good”.

The committee came together about three months ago, but “never expected to get this type of reaction” explained John. “The support we have received from UL and many other establishments has been second to none.”

“Raising the money and getting involved with Milford Hospice has created a great atmosphere among the class.” “One guy in the class who couldn’t take part in the run has still done his bit in raising funds for milford, he got sponsored to turn up to class for a whole day dressed as a woman.” “It was great to see a fellow classmate let go and do something fun all for a great cause”.

John added that “Barbara FitzGerald-Malone and David McDonnell deserve a special mention, they first introduced the idea to the class which was met with great excitement and enthusiasm”.

Milford Care Centre is a voluntary, not-for-profit organisation and registered charity. It was first established by the Little Company of Mary Sisters in 1928 and now provides Specialist Palliative Care and Older Persons Services in the Mid West.