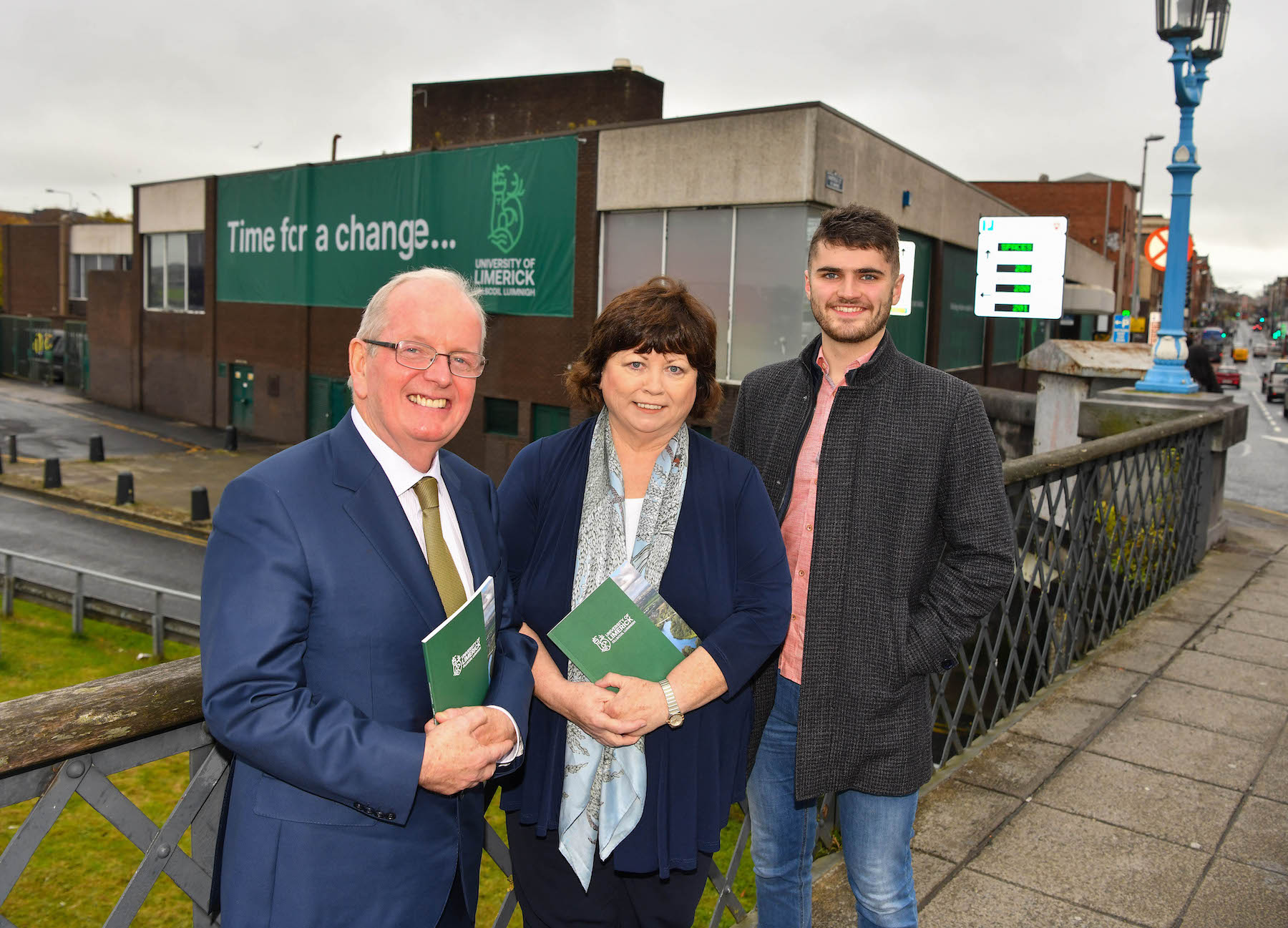 University of Limerick (UL) expects to create over 330 additional jobs and recruit a further 4,000 students in the coming five years, according to its President, Dr Des Fitzgerald.

Dr Fitzgerald was speaking at the launch of [email protected], an ambitious UL Strategic Plan to guide the development of the institution over the coming five years. The Chancellor of the university, Ms Mary Harney and President Dr Fitzgerald, launched the plan today.

The UL Strategic Plan launch took place on the site of the planned new UL City Campus in the former Dunnes Stores site on Sarsfield Bridge in the city centre. The site was acquired by UL from Dunnes Stores earlier this year and is at the heart of the university’s development plans.

Speaking at the launch, UL President, Dr Des Fitzgerald, said with the right support and backed by significant investment this plan will lead to:

Chancellor Harney noted that the University would celebrate the 50th anniversary of the foundation of the NIHE (National Institute for Higher Education) in 2022.  Ms Harney said that the coming anniversary spurred the university to greater ambition during the development of the new strategic plan. 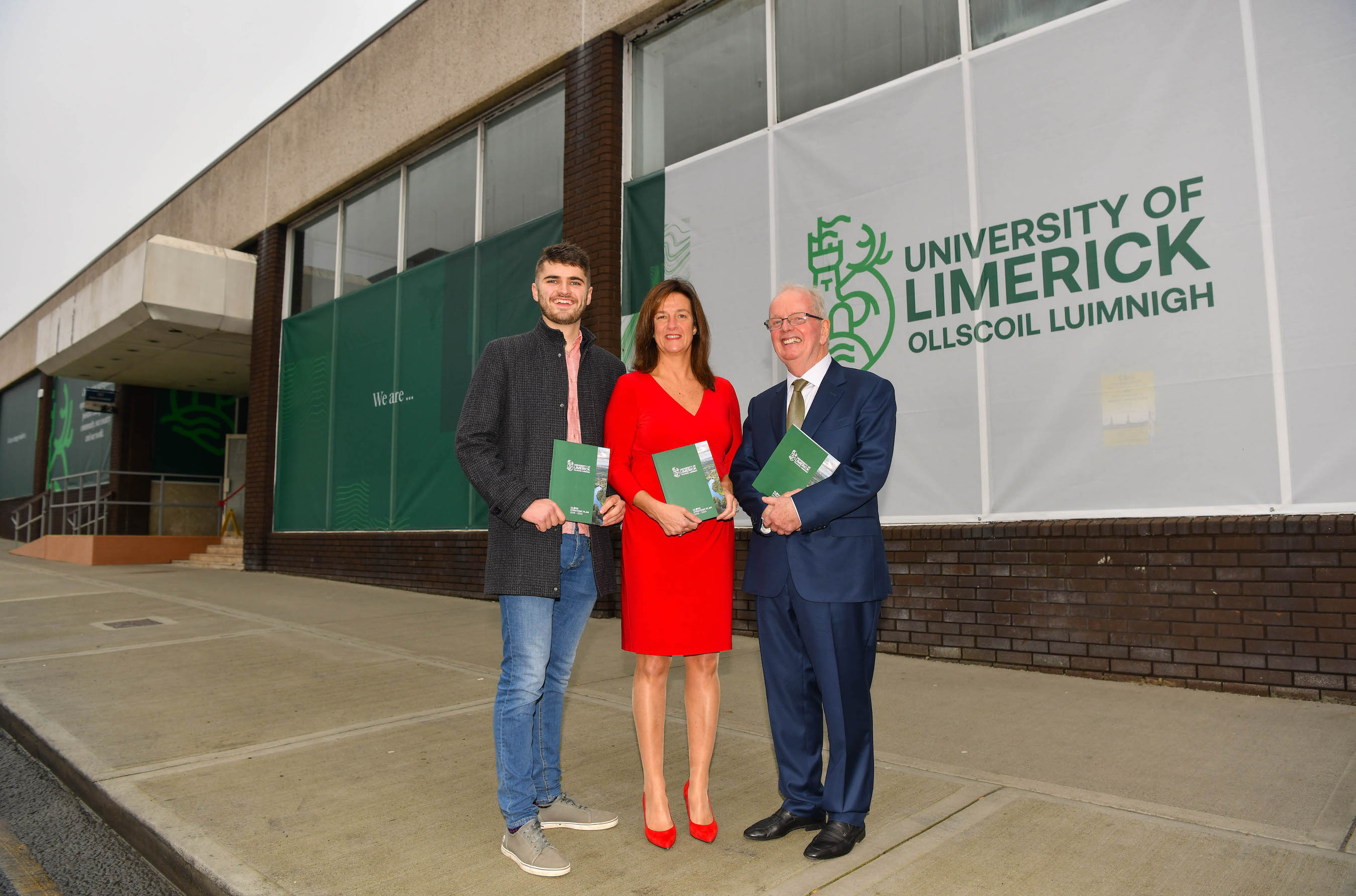 Ms Harney said, “Ambition has always been key to UL. Today’s campus accommodates 16,000 students across 250,000 sqm of state-of-the-art lecture theatres, classrooms and research facilities on a campus of over 360 acres. Yet it began in 1972 with 113 students based in one building with seven academic members of staff. By matching the ambition and drive of our founders, we will ensure that the university reaches its fullest potential over the coming years.”

UL President, Dr Des Fitzgerald, said that academic excellence driven by research must be at the heart of the university’s plans.

Dr Des Fitzgerald said, “In this strategic plan we make clear that the university here must aspire to be amongst the leading universities in these islands and we will achieve that by putting academic excellence at the heart of our plans.”

Speaking about the UL City Campus Dr Fitzgerald said, “University of Limerick has big ambitions for the transformation of the UL City Campus. We want this building to be transformative for Limerick city and for UL. We will work with Limerick City and County Council to maximise what can be achieved on the site. We have already begun identifying all possible sources of funding including, government funding, philanthropy and our own sources to get us to a place where we can begin to plan what is possible.

“In order to release the full potential of the site we are developing the specifications of an international architectural competition to achieve the most progressive, grand, effective and ambitious design possible. We have a lot of hard work ahead to raise the substantial funding that will do justice to the opportunity here, but we are determined that the UL City Campus will be a flagship for our University and our city,” he added.

Take a look back as UL pushes forward and get a glimpse inside the former Dunnes Stores Building on Sarsfield Bridge ahead of its transformation into the new UL City Campus. Registration required. https://t.co/5m3EOdD4Xd pic.twitter.com/pP0KLAiJW1

Dr Fitzgerald said that the coming years would see a revolution in teaching styles and philosophies and UL would seek to lead this transformation in Ireland.

“We believe that the teaching model which has characterised universities for a hundred years is coming to an end.  We want to put flexible learning spaces and tech-enhanced teaching models at the heart of our education and training.  We will develop new curricula, new learning modes and a cross-disciplinary sharing and exchange approach with a particular focus on enterprise and entrepreneurship,” he concluded.

The University of Limerick is an independent, internationally focused university with more than 16,000 students and 1,400 staff. It is a young, energetic and enterprising university with a proud record of innovation in education and excellence in research and scholarship.

For more information on University of Limerick click here.

For more stories on University of Limerick click here.