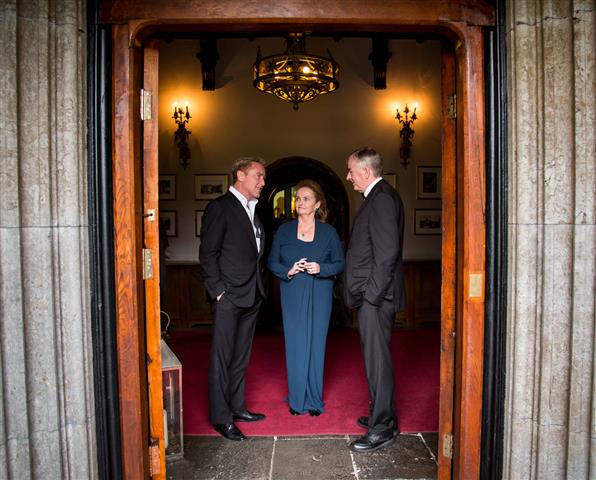 Limerick, 16 May 2014: Limerickman Niall FitzGerald KBE addressed more than 200 key philanthropic and business leaders at the University of Limerick President’s Dinner 2014 at Adare Manor this weekend.

The keynote speech given by former Chairman and CEO of Unilever emphasised the interdependence of commercial and societal needs.

“I believe more and more companies understand that attending to their own business means also attending to the needs of society. The two cannot be separated.  We live in communities of citizens who are the consumers of our goods and service.  If we betray their trust as citizens, we forfeit the loyalty of consumers,” said Mr. FitzGerald.

Speaking at the event, UL President Don Barry said that the University’s €224 million Capital Development Plan would aim to deliver 12 major infrastructural development projects including a new Clinical Education Research building at University Hospital Limerick, the long awaited Phase 2 of the Glucksman Library and the development of a City Centre Campus including an academic building and student residences.  This would be key to UL’s strong commitment to the ‘Limerick 2030 Plan’.

Guests were treated to a solo flute performance by Michael Flatley on the evening, the proceeds of which were presented by UL Foundation Chairman Loretta Brennan Glucksman to Mary Davis, Worldwide CEO of Special Olympics.