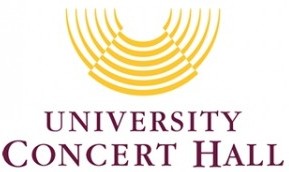 This January and February the University Concert Hall play host to a number of outstanding performances ranging from comedians, and singers, to orchestras. Each of these events are wonderful gifts for friends, loved ones or as a treat for yourself. UCH offer Gift Cards that last the year and let you choose from one of their amazing 2015 events.

January has already seen acts such as ‘REELING IN THE SHOWBAND YEARS’ featuring Joe Mac (The Dixies), Roly Daniels, Eileen Reid, Paddy Cole, Lorraine McDonald, The Conquerors and Tommy & Jimmy Swarbrigg who performed Saturday and Sunday, the 17th and 18th of January, take centre stage at UCH. Following from them, Neil Delamere returns with a brand new show “The Fresh Prince of Delamere,” on Saturday January 24.

Monday the 26 of January, UCH welcomes the Princeton University Orchestra to Limerick for the first time where they will be joined by Iarla O’Lionaird and soprano Katherine Buzzard. ‘The King is Back’ Ben Portsmouth, the winner of the Elvis Presley Enterprises, takes control of the stage on Thursday 29 January. The next day, Friday 30, country singer Nathan Carter will perform to a sold out audience.

February’s performances begin on the Wednesday 4, with The King’s Singers. The Grammy award winning acapella vocal ensemble come to Limerick for the first time with an outstanding programme. The Irish Chamber Orchestra “World Premiere” arrives in UCH with Hungarian cellist István Várdai on Thursday 5 February. Brendan Grace, the much loved comedian who is celebrating 42 years in the Comedy Business, is the next to come to UCH on Friday 6 February.

Saturday 7 February, Jason Byrne comes to UCH with ‘You Name The Show’, a stand-up comedy show that is bound to have the audience in fits of laughter where he not only lets them name the show but also choose the topics discussed.

The next night, Saturday 14 February, Broadway & West End Superstar, Elaine Paige, sings all her stage hits from Chess, Cats, Evita, Jesus Christ Superstar and many more! It is set to be the Ideal Valentines Night out!

A week from then, Saturday 21 February, Croagh School of Music celebrates their 10th birthday, showcasing limerick talent of students both past and present in a wide variety of genres and featuring traditional groups, junior choir, guitar orchestra, rock bands and much more.

The Ultimate Eagles come to UCH on Thursday 26 February. Ultimate Eagles are more than just a tribute, they are definitive devotees performing songs from every album and every era, delivering forty years of brilliance with both accuracy and reverence.

Finishing the February selection, Mike Denver, Ireland’s most popular country singer comes to UCH on Friday 27 February. His show is an excellent mix of Mike Denver Hits, Country Classics and middle of the road hits. With his excellent Band and a super stage show this promises to be one of the Concerts of the Year for lovers of country music

For more Information on each of the acts coming to UCH check out their website here!
For more stories about the University Concert Hall, click here!