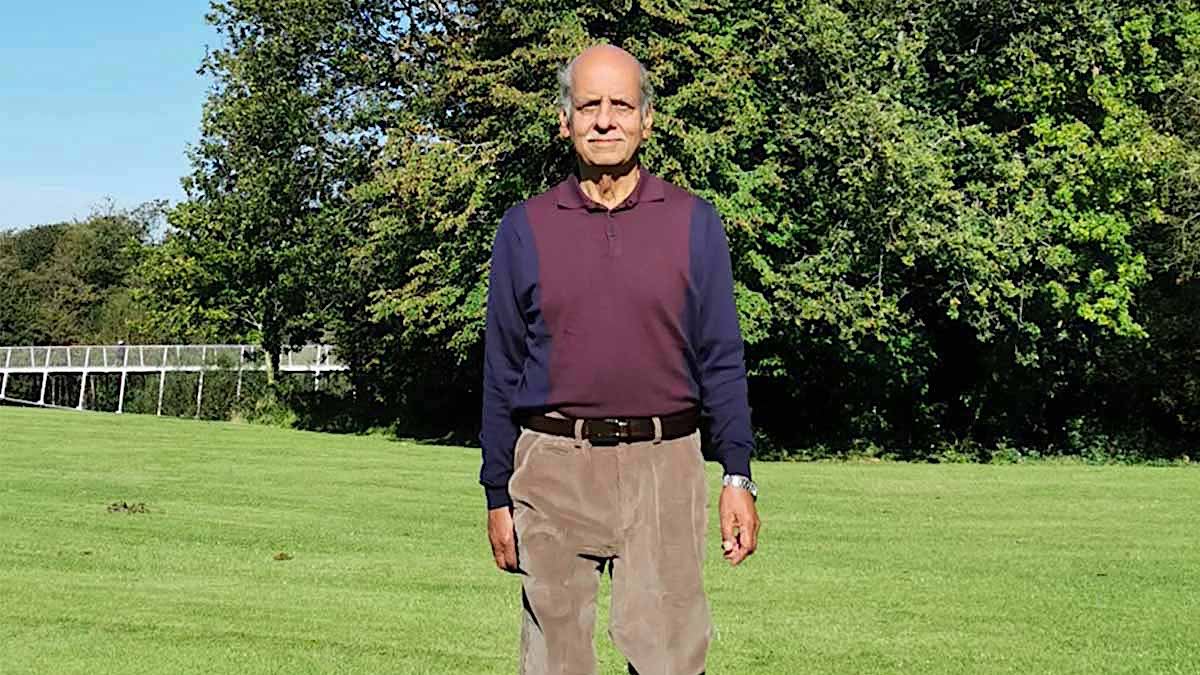 A retired business consultant, who has walked the equivalent of the circumference of the Earth, has encouraged others to keep active in the midst of the pandemic.

Vinod Bajaj, 70, has walked 40,075 kilometres over the past four years without ever leaving Limerick pic.twitter.com/tgIugw29vN

A retired business consultant, who has walked the equivalent of the circumference of the Earth has encouraged others to keep active during the pandemic.

While most other-70s have been pottering around the house during Covid-19, Vinod Bajaj, from Castletroy, Co Limerick, has been walking up to 50km a day around his neighborhood. Last Sunday Bajaj completed what is believed to be a new world record by walking 40,075km- the equivalent of the circumference of the Earth- in under 1,500 days.

Mr. Baja, 70, was born in India and has lived in Ireland for 43 years, finished his extraordinary feat in September after completing more than 54.6 million steps in 8,322 hours and burning almost 1.5 million calories.

He used an activity tracker on his phone to read and record his progress. He started this journey on August 18, 2016, intending to lose weight, and continued into this year. After his first year, he found he had walked the same distance as the journey from Ireland to his native India.

The retired engineer said he stayed within a 10km radius of his home, often walking up to ten hours at a time with only small toilet breaks.

His family has been very supportive of his venture to lose weight and Vinod Bajaj has said that on hot days he would telephone his wife who would hand him an ice cream as he passed by their house on his circuit. On his best day, he clocked 55km.

Vinod continued walking through the coronavirus lockdown last March, safely setting off each morning around 5.30 am on a reduced 5km circuit.

The father-of-one completed his remarkable journey on September 21, after raking up a total of 40,107km in all different kinds of weather. His weight loss has been great during his journey going from 81kg to 60kg.

Mr. Baja has applied to the Guinness World Records to set a new world record as the first person to walk the equivalent of the circumference of the Earth.

He hopes to receive a decision on the application next month.

We at I Love Limerick wish him well on his application for the Guinness World Records and congratulate him on his walking achievement.

For more stories on world records in Limerick, go HERE

Related Topics:Vinod Bajaj
Up Next