By Richard Lynch on January 30, 2019@richanthon 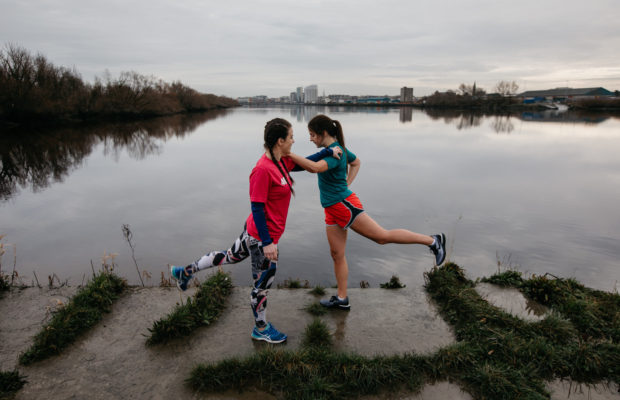 The Limerick City and County Council’s Marketing and Communications Department are launching its new campaign “Walk It Run It Love It”. Picture: Sean Curtin True Media.

A new campaign named “Limerick – Walk It Run It Love It”, has been launched by Limerick City and County Council’s Marketing and Communications Department to highlight a selection of the numerous walking and running routes across Limerick.

As more and more people are getting fit for the New Year, the new campaign will be an excellent companion for those who are looking to get out and about to walk or run around Limerick, featuring both a printed and digital guide, videos and a comprehensive ‘Limerick on Foot’ section on www.Limerick.ie.

Laura Ryan, Head of Marketing & Communications in Limerick City and County Council said: “Last year we produced a walking/running guide and couldn’t keep it in stock it was so popular. This year we’ve expanded the campaign to include an updated guide map, new video content and a comprehensive Limerick on Foot section on www.Limerick.ie We feel it’s timely as people want to get fit for the New Year and possibly train for the Regeneron Great Limerick Run and other events taking place across Limerick. We’re also very supportive of our Limerick leader Jean Tierney on Operation Transformation on TV so the aim is the same, get some exercise outdoors around Limerick and enjoy our beautiful city and county- walk it run it love it!”

Limerick is an ideal city to explore on foot, and both visitors and locals are encouraged to amble along the city’s recreational riverside routes or follow in the footsteps of some of Limerick’s legendary athletes on one of the Olympic running trails.

Six of Limerick’s most popular routes are highlighted in the guide. These are: 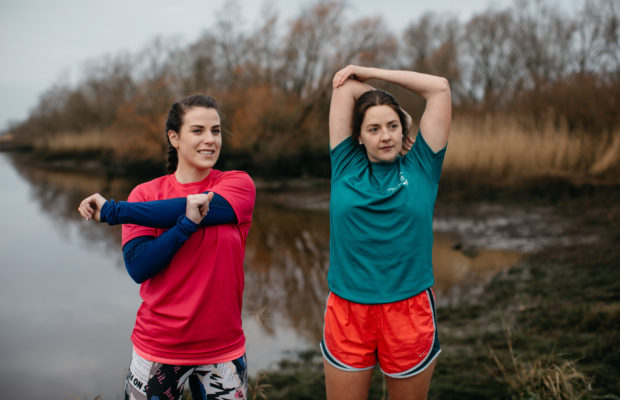 The new Limerick campaign named “Walk It Run It Love It”, aims to highlight a selection of the numerous walking and running routes across Limerick. Pic Sean Curtin True Media.

The routes are shown on specially produced maps with all the main landmarks highlighted, so walkers know they are on the right track. In addition to the routes, the various parks around Limerick are included so walkers and runners can include them as part of a fitness regime. There are looped routes and exercise stations in many of the council-run parks listed in the new guide, such as Mungret Park, the People’s Park, Castletroy Park, Shelbourne Park and O’Brien Park on Clare Street.

A new video produced for Limerick.ie showing the popular routes in Limerick city has also been released, featuring local walkers and runners.

For those who are looking for something a little longer and more challenging, the guide has details of 16 trails across County Limerick, from the Knights Walk in Glin to the Knockfierna walking trail, the Great Southern Greenway Limerick to the Ballyhoura Way.

Short videos produced for the Council’s Tourism unit will be unveiled over the coming weeks featuring walks across Limerick, including Castleconnell, the Clare Glens, the Keale River Walk, Knockfierna, the Knight’s Walk and the Broadford/Ashford Walking Trails.

For those who have rekindled or sparked up a love affair with walking or running and want to take on a new challenge, the guide also has a list of 2019 diary dates including the weekly Park Runs and the Ballyhoura Active Series of Road Races.

The guide also ties in with the objectives and aims of Limerick Sports Partnership, Healthy Limerick and Healthy Ireland as a means of helping locals and visitors to Limerick in becoming healthier.

Guides are available at locations across Limerick city and county or can be downloaded from Limerick.ie with a full comprehensive list of all Limerick’s walking and running routes.

For more stories about keeping fit in Limerick, click here

For more information on the “Limerick-Walk It, Run It, Love It” campaign, click here