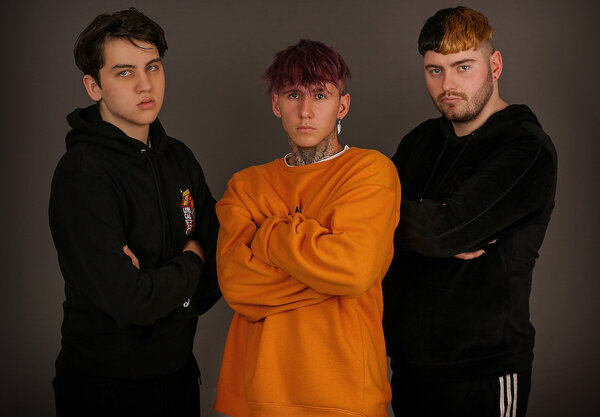 On Friday, December 19, Limerick rapper YSB Roki will be releasing his brand new track ‘The World’ which will feature fellow artists Ger O’Hanlon and Luke Culhane.

YSB Roki began his journey into music with a couple of friends in an Ennis studio freestyling over a YouTube beat, but he didn’t really break into music for another eight or nine months when he decided to give up everything he had started in Ennis and move back to Limerick to give his all to his music career.

The first song he released was ‘Balling’ and this song jump started his desire to be a performer and songwriter. This song was instrumental in him becoming part of a young musical collective in Limerick that includes music producer Luke Culhane, rapper Out 24, singer and rapper Elm Park Elmo, rapper Young Jest and singer GER.

YSB Roki met Ger and Luke last October and immediately they began working on music together including his new track ‘The World’.

Ger is a special guest and offers his amazing vocals to YSB Roki’s track, collaborating with him in this exciting new venture.

18-year-old music producer Luke continues to reach new heights, Luke is an expert when it comes to creating content and is an avid filmmaker. In 2016, at the young age of 13, Luke created a global video campaign against bullying called #CreateNoHate and since then has continued to expand his creative talent. His interests have recently turned to music production and, like many of his other projects, he has thrown himself in head first and really immersed himself into being the best music producer he can be.

Luke said, “The song ‘The World’ happened organically during a jamming session in the studio. The song is about living your best life and working hard to pursue your dreams. That’s what each of us are doing. We are all young and very passionate about music and being able to create together is bringing us all closer to our goals as artists.”

This will be YSB Roki’s first Spotify single. He has previously released songs on his SoundCloud but this is an exciting new venture for this young artist and he gives a lot of credit to his friends for their help in shaping his music career.

YSB Roki credits his success to his friends, saying, “I got into a studio and released my first single ‘Balling’ and people really liked it. From there I met Out24, who introduced me to Luke, Elm Park Elmo, and Young Jest. When we all first met, we really clicked and started recording frequently together and just became good friends. Without them a lot of this couldn’t have been possible and ‘The World’ would have never been made.”

To preorder ‘The World’ go HERE