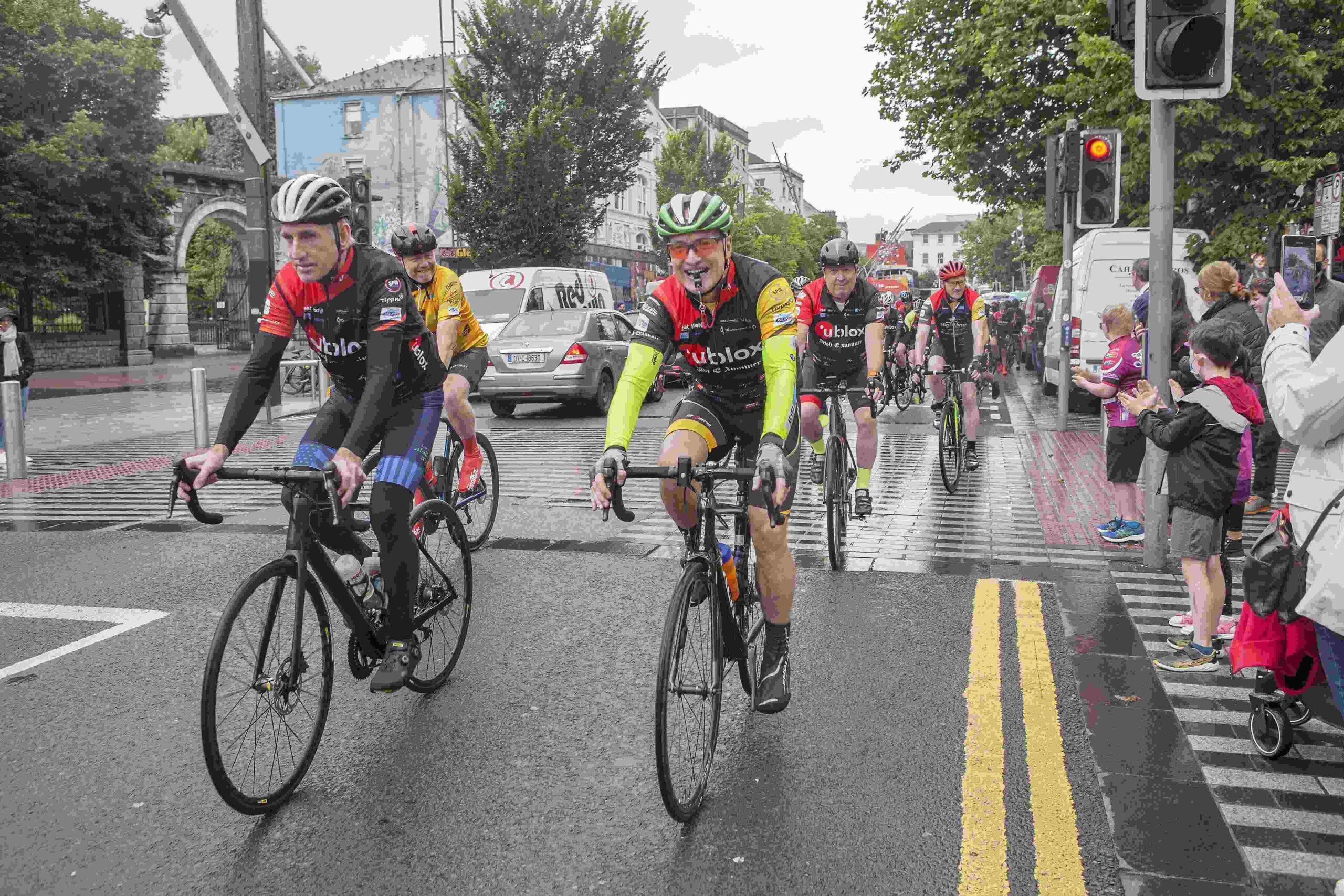 As this year’s Tour de Munster charity cycle quickly approaches, cyclists will be entering the final stages of their training regimes to make sure they are flying fit to tackle the testing 600km route across the six counties of Munster on their quest to raise vital funds for Down Syndrome Ireland’s Munster branches.

The Tour will launch from The English Market on Grand Parade in Cork City on Thursday, August 4th, and those participating will return to Cork on Sunday, August 7th, where the finishing line will see them tackle the heights of St. Patrick’s Hill right in the heart of the city.

This year’s charity cycle will be the 22nd in the event’s history. Over the previous 21 years, Tour de Munster has raised a staggering €3.9 million for its beneficiaries, with over €3.5 million for DSI alone since it became the main beneficiary of the tour in 2010. The funds raised support the provision of vital services to members across Down Syndrome Ireland’s six Munster branches.

International cycling legend and Tour de Munster stalwart, Sean Kelly, will once again get back in the saddle to take part in the charity cycle. He will be joined alongside amateur cyclists from all over Munster to tackle the epic 600km journey that will take those participating through the scenic cities, towns and villages of Munster.

Paul Sheridan, Founder of Tour de Munster, has praised the hard work and sacrifice put in by participants ahead of this year’s Tour launch. “Tour de Munster is not an easy ride for those who take part, it is a real test of fortitude and willpower. In order to stay the course, participants have been putting in a huge amount of hard work both physically and mentally to meet the demands of the Tour across its four-day duration. And while this level of commitment is required, our motivation does not wear thin. We are driven by passion and purpose to support the wonderful children and adults of Down Syndrome Ireland’s Munster branches. Every cent raised makes a difference to their lives. We hope as many people as possible can come out to support us during the Tour, giving us that extra little push along the way.”

Speaking ahead of this year’s tour, Ellen Tuffy, Chairperson of Down Syndrome Limerick said,“Tour de Munster is a real high point each year for the Limerick branch. The funds raised by the cyclists, sponsors, and supporters each year make a huge difference to the lives of those with Down syndrome as well as their families. We hope for a safe journey for all of this year’s cyclists and look forward to welcoming them to King John’s Castle as they pass through Limerick on August 4th.”

To donate to this year’s Tour de Munster, go HERE

The 22nd annual edition of the Tour de Munster charity cycle was officially launched by cycling legend Seán Kelly at DSI Cork’s Field of Dreams on Sunday, 12th June. The popular Tour which takes place from August 4th to August 7th will see amateur cyclists travel 600km across the six counties of Munster in efforts to raise vital funds for the Munster branches of Down Syndrome Ireland (DSI).

The 2022 Tour de Munster launch saw details of this year’s Tour unveiled as cyclists taking part prepared for the four day trek through the towns and villages of Munster. No easy feat, cyclists are motivated and driven by their shared goal of raising much-needed funds and awareness for the Munster branches of Down Syndrome Ireland. Funds raised as a result of the Tour contribute significantly to the vital services and facilities provided by Down Syndrome Ireland’s Munster branches.

Since 2001, Tour de Munster has raised over €3.9 million for its beneficiaries, with over €3.5 million for DSI alone since it became the main beneficiary of the tour in 2010. Last year was certainly a year to remember for the Tour de Munster, as it raised its largest sum to date for the Munster branches of Down Syndrome Ireland – a staggering €522,201.

Tour de Munster was established in 2001 by Paul Sheridan, and has had a life changing impact on the lives of countless people through its fundraising efforts. Speaking at the launch Paul said, “ I am delighted to see such a great turnout at today’s official launch of the 22nd Tour de Munster. What a 22 years it has been, each year we are blown away by the continued support from our cyclists, sponsors, the public and of course, the wonderful members and families of Down Syndrome Ireland.

Paul continued, “We can’t thank the many businesses and organisations who have supported Tour de Munster enough. We rely on the support of our sponsors, as well as the public to help us continue to make a real difference. I would also like to thank everyone involved in today’s launch which has been brilliantly organised by Ray Connolly and the team at Down Syndrome Cork.”

Seán Kelly, who this August will celebrate his 17th year supporting the charity cycle is delighted to celebrate DSI’s 13th year as the main beneficiary of the tour. Speaking at the launch, Seán said, “ I am very proud to once again take to the road with Tour de Munster, supporting the fantastic work carried out by the Munster branches of Down Syndrome Ireland. Over the past 17 years, I have met so many wonderful children and adults with Down syndrome and I can see just how important the services and facilities mean to both them and their families.”

Also speaking at the launch, Ellen Tuffy, Chairperson of Down Syndrome Limerick said, “It won’t be long before pedals are turning and we are looking forward to welcoming Tour de Munster to Limerick in August once again. The close partnership between Tour de Munster and our branches is fantastic, there is such a strong community of us here all with the same end goal. The funds raised each year by Tour de Munster mean so much to us and we are so thankful for the tour’s commitment to our charity.”

The 2022 Tour de Munster will kick off from Cork City on Thursday, August 4th and continues over four days around the six counties of Munster before returning to Cork City on August 7th. The Irish Examiner, Clare FM, Tipp FM, WLR FM, Red FM, SPIN South West and Pure Radio are the Official Media Partners of Tour de Munster 2022.

For more information on the Tour de Munster go HERE

Related Topics:charityevent news
Up Next