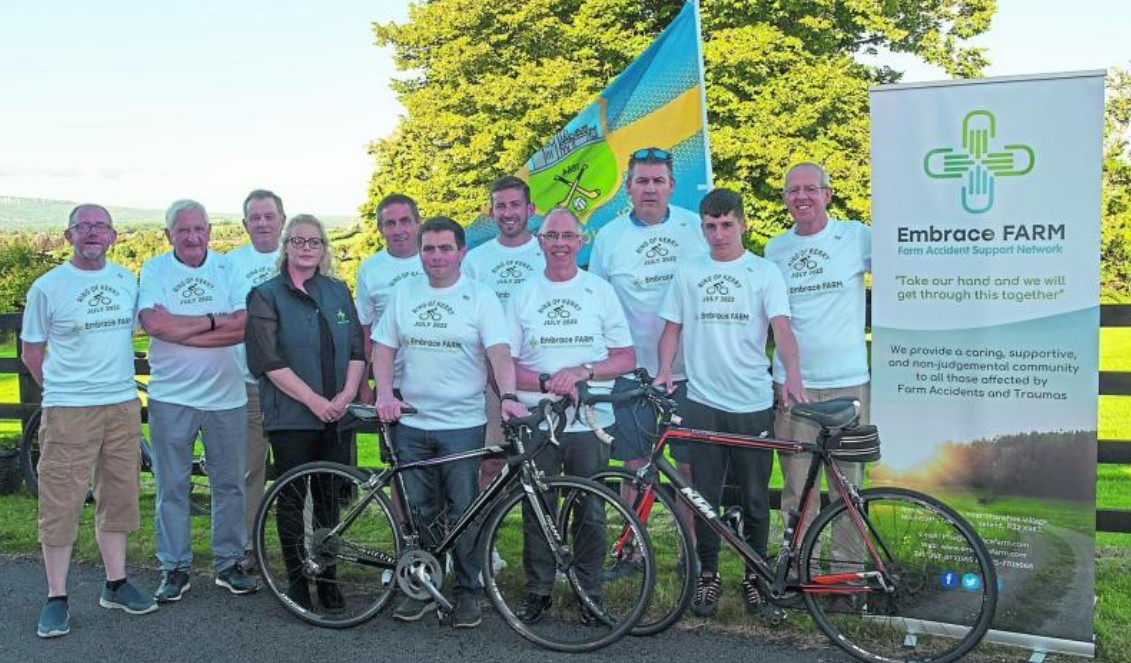 Fr Tomas O Connell celebrated a milestone birthday by cycling the Ring of Kerry in aid of Embrace FARM.

All funds raised will go towards Embrace FARM, which offers support to those involved in farm-related accidents

Limerick Priest Fr Tomas O Connell from the Pallasgreen / Templebraden Parish celebrated his 60th birthday in a very special way this year by gathering a group of supporters on Monday, July 25 to cycle the Ring of Kerry in aid of Embrace FARM.

Embrace FARM is a farming organisation founded in 2014 that offers members of those who lost their lives, or have been injured, support survivors of farm incidents, their family members friends and the wider community.

Joined by Justin and Padraic Phelan of Nicker, Maurice Barrett of Old Pallas, Noel Buckley of Clonmel, Jack of O’Dwyer of Pallasgreen, Dick Ryan of Pallasgreen, Ray Kennedy of Annacarty, Micheal O’Connell of Knockane, John Butler of Templebraden from Killorglin and cycled towards Kenmare. In total, the cyclists cycled 179km in just two days.

The charity cycle was a very special cause to the cyclists, especially one member of the group Noel Buckley who is a survivor of a farm accident himself after falling off a ladder but luckily suffering only a broken leg.

A liturgy was held at the Grotto where the cyclists and supporters joined together to remember the families and those who died as a result of farm accidents. A cup of tea was followed for all those in attendance.

“All finished intact!”, cyclist Maurice Barrett commented after the event. “Thanks to all who have donated to Embrace FARM. Donations are still greatly appreciated through GoFundme or in-person to any of the cyclists.”

Fr Tomas and his friends have currently raised €7,103 out of their €7,000 goal and are still accepting donations HERE