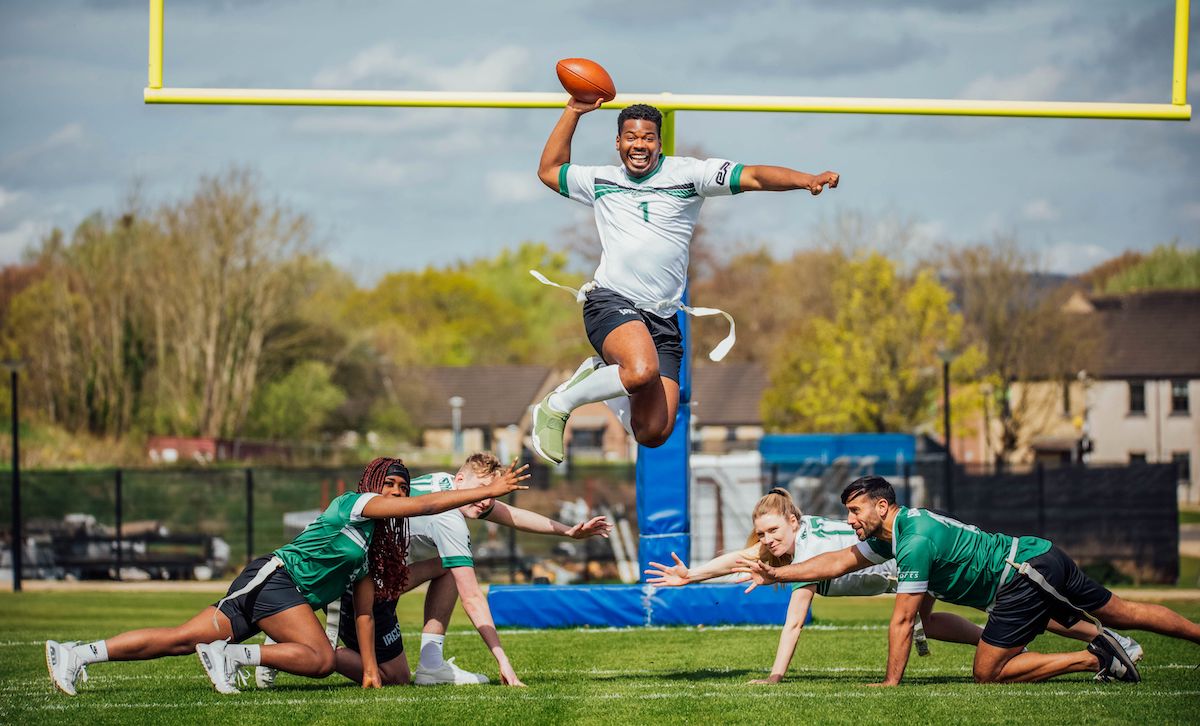 The International Federation of American Football (IFAF) has announced that Limerick will host the 2023 Flag Football European Championships. Taking place at the University of Limerick, Limerick from Thursday, August 18 to Saturday, August 20, 2023, the tournament is expected to attract 640 athletes representing 32 teams from 16 nations.

Fast, dynamic and full of skill, Flag is the non-contact sport of American football where tackles are made by pulling off a flag which is worn by all players (similar to Tag Rugby).

The 2023 Flag Football European Championships, consisting of both a women’s and men’s programme, will see the finest national teams compete for the title of European Champions. The players and their entourage will be staying in and around the city of Limerick for the week of the tournament, providing a massive economic boost for the region estimated to be worth €1 Million.

Welcoming the announcement, Mayor of the City and County of Limerick, Cllr Daniel Butler, said, “Limerick’s ability to attract such a prestigious event reaffirms our stellar reputation for hosting large-scale International sporting events. Essential to this of course is our collaborative approach, superb facilities and renowned hospitality. I would like to congratulate everyone involved in the successful bid. Hosting large, international sports events produces millions in economic impact for Limerick and will provide a very welcome boost to the hospitality, tourism and retail sectors in the region. As a designated Wild Atlantic Way Gateway City, we hope that everyone who comes will stay to enjoy the amazing destinations on our doorstep.”

Aidan Maguire, President, American Football Ireland, said “It is with great excitement that we can announce that Ireland will host the European Flag Football Championships at the University of Limerick in August 2023. Flag Football is an integral part of our sporting association. It has grown year on year on the Island of Ireland and is a fantastic way for people to enjoy a great team sport in a friendly, welcoming setting. I cannot thank enough, the people who have helped AFI put our successful bid together. Thank you to the University of Limerick, Shannon Region Conference & Sports Bureau and Failte Ireland for all their continued advice and assistance. Hosting such a prestigious event will showcase Flag Football both nationally and internationally.”

“The exposure which American Football Ireland will receive as a result will help with our 5year strategic vision to bring flag football into more local communities and into secondary schools across the 32 counties. I look forward to welcoming the top nations from across Europe as they travel to Ireland to compete and to experience the best of Irish culture & craic in the process,” he continued.

Dan Shaw, Irish Wolfhounds Flag Football Teams Head Coach, said “I am delighted to be coaching the team in a tournament on home soil, it’s a fantastic step to see our association hosting the championships and a great opportunity for us to bring the best teams in Europe to the island and showcase what flag can be. I look forward to putting the best Ireland has to offer up against the continent and showing what we can do”.

Sam Johnston, Fáilte Ireland’s Convention Bureaux of Ireland Manager, said “We are delighted that the IFAF European Flag Football Championships will be hosted in Limerick next year.  The city has excellent facilities and the local infrastructure to deliver successful sporting events of this scale and nature.”

“The 2023 Flag Football European Championships will attract international visitors from up to 16 nations who will bring a real boost to the region, contributing significantly to the local economy. Whilst the Championships will run over a 3 day period, participants travelling from abroad typically tend to stay on average 5-7 nights in Ireland, which delivers wider positive impacts on employment, the hospitality industry and by extension the exchequer.”

“Fáilte Ireland will continue to work with the Shannon Region Conference and Sports Bureau, University of Limerick and Limerick City Council to strengthen the partnership, and to continue to offer valuable support in an effort to attract further lucrative sporting events to the region,” he continued.

American Football Ireland is the National Governing Body for the sport of American Football in Ireland and is responsible for all regulatory, competition, performance and development aspects of the game. If anyone is interested in playing or setting up a flag football team, they are invited to visit www.americanfootball.ie