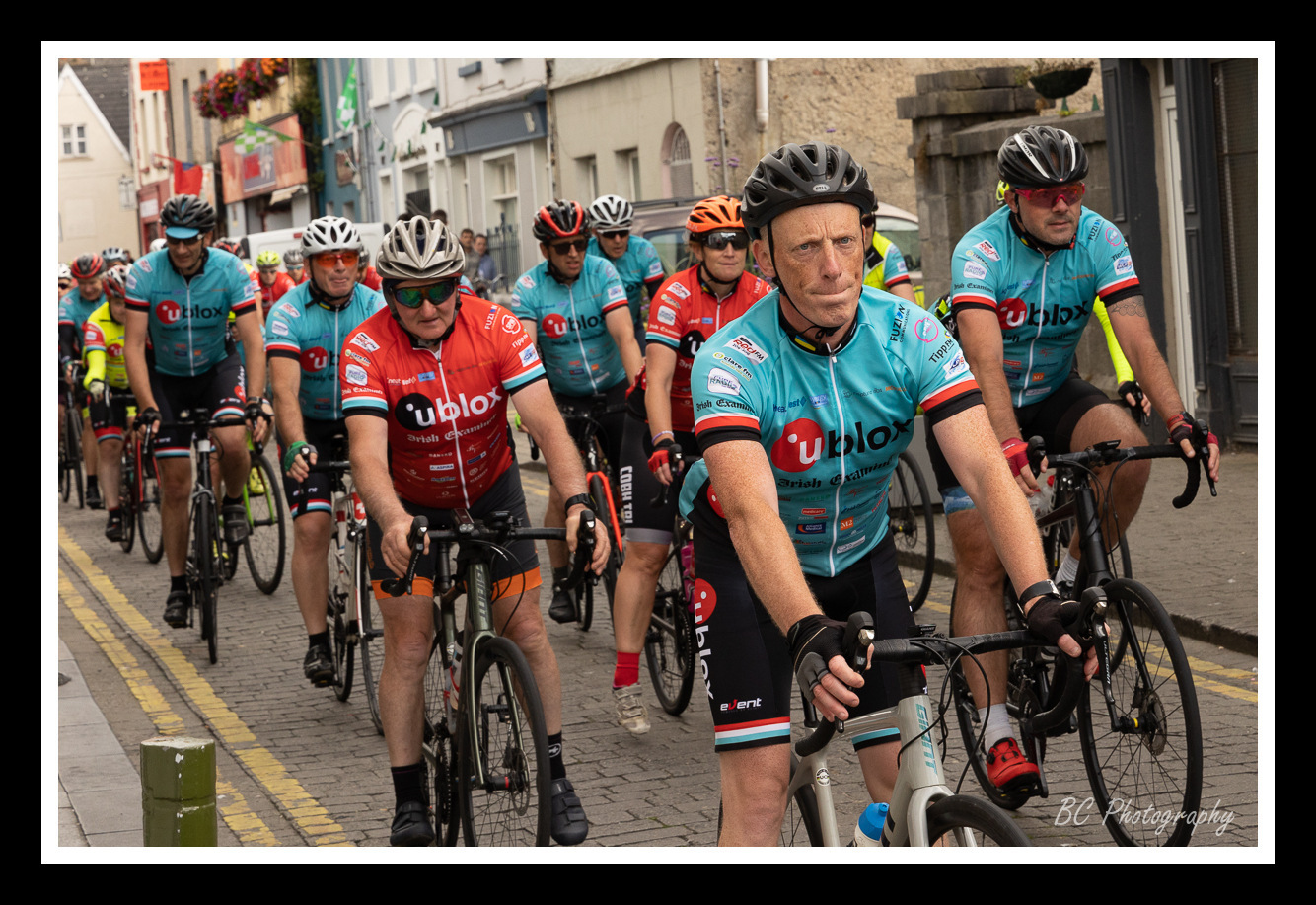 22nd Tour de Munster – Cyclists clocked up over 600km across four days, visiting some of Munster’s most iconic towns and villages. Picture by Brian Condell.

The 22nd Tour de Munster charity cycle came to a thrilling end on Sunday, August 7th, as cyclists tackled St. Patrick’s Hill in Cork City, driven on by the cheers of supporters who lined the famous hill.

Over 100 amateur cyclists completed the 22nd Tour de Munster, which saw them clock up over 600km across four days visiting some of Munster’s most iconic towns and villages in their bid to raise vital funds for the Munster branches of Down Syndrome Ireland.

Setting out from Cork’s historic English Market last Thursday morning, the Tour made its way to Waterford, Tipperary, Limerick, Clare and Kerry. Throughout the Tour, cyclists had the opportunity to meet many members of Down Syndrome Ireland’s Munster branches who benefit so greatly from the funds raised.

Founder of Tour de Munster, Paul Sheridan, congratulated and thanked all those who participated in this year’s Tour. “It has been an incredible journey over the past four days and I am extremely grateful to all those who have participated in the 22nd edition of the Tour. We were also delighted to be joined by Andy Thiel, Co-Founder of title sponsor U-Blox who travelled from Switzerland to complete the Tour. Participants put a huge amount of hard work and dedication into their preparations, which does not go unnoticed. The appreciation shown by the members and families of the Munster branches of Down Syndrome Ireland ahead of and during the Tour was wonderful. When things got tough, we remember our true goal of raising money and this gives us that extra push to keep going and cross that finish line”, he said.

Paul added, “We have received an enormous amount of support and such a warm welcome over the last four days across the many towns, cities and villages that we have visited. For this encouragement and support, I am thankful and indebted to all.”

To donate to this year’s Tour de Munster, go HERE