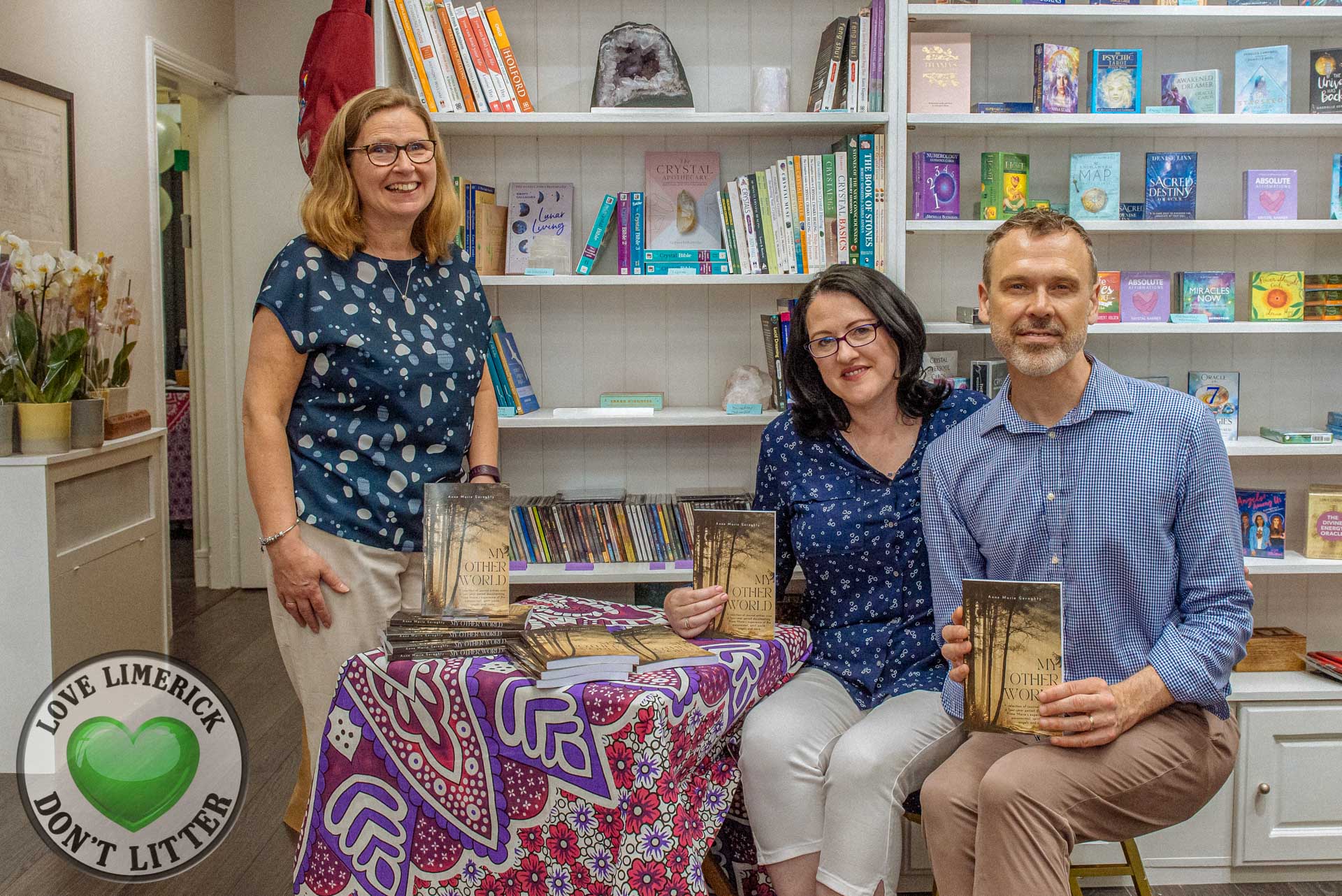 Well-known Limerick radio producer Anne Marie Geraghty has released a journal of events titled ‘My Other World’, which highlights paranormal experiences throughout her life.

Anne Marie was born and raised in Athlone but now lives in Limerick with her husband and two daughters. She has worked full-time with Live 95fm for over 20 years as a broadcaster and producer of ‘Limerick Today’.

Experiencing dreams that would happen the next day as a young girl made Anne Marie realise that she had a gift, though at the time she was unsure how they would be perceived.

Up until now, Anne Marie has kept her encounters with the spirit world secret as she was afraid of the ridicule that is often associated with it, as well as the fear of not being believed.

For years, she has witnessed figures appear routinely in her home, which she describes as a ‘little girl’ and a lady ‘dressed all in white’.

Anne Marie is now ready to share her encounters with the public through a self-published debut book, written as a journal over a four-year period. While sometimes the encounters can be frightening, Anne Marie has no fear of the unknown and finds solitude in her experiences.

Inspired by her spiritual awakening, Anne Marie also performs Tarot and Angel Card readings for individuals in order to help guide, heal and give clarity to them. Anne Marie uses cards to guide her readings, but is also led by what she sees surrounding a person.

“My lifelong personal experiences of premonitions and the spirit world remained under wraps for years, until recently I had the confidence to share,” Anne Marie states in her book.

“I’ve gradually opened up and learned not to be afraid. I’ve experienced the comfort and love provided by angels and the spirit world. As we grow older and deal with what life throws at us, we learn how strange life can be and we need to have the confidence to talk about it.”

The book can be purchased at Angel Times, 15 Lower Shannon Street, Limerick.

To purchase or read more about ‘My Other World’, go HERE

Related Topics:Anne Marie Geraghty
Up Next