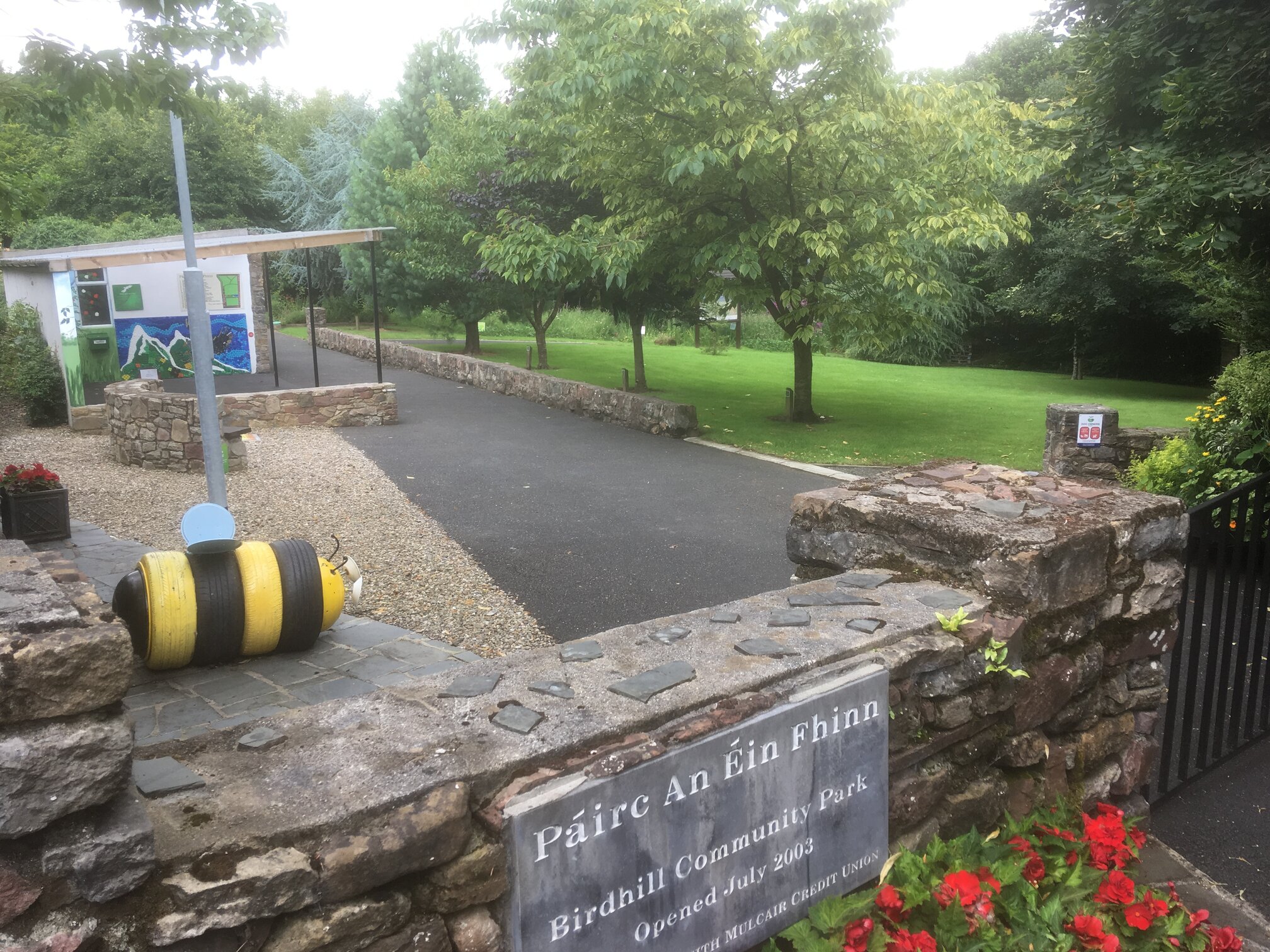 Birdhill Community Park has developed as a wonderful recreational, environmental and educational amenity

A campaign has been set up by Limerick native Denis Floyd to support the continued development of BirdHill Community Park. Birdhill (Cnocán an Éin Fhinn – The Hill of the Fair Bird) is a small picturesque village situated in County Tipperary on the old N7 (now R445) midway between Limerick and Nenagh. Killaloe is 3 miles to the north, while Newport lies 5 miles to the south. Birdhill derives its name from a mythical encounter between Oisín of the Fianna and a giant bird which was causing widespread destruction in the area.

Since it opened in 2003, Birdhill Community Park has developed as a wonderful recreational, environmental and educational amenity. It now hosts many events and visitors throughout the year, none more so than the president of Ireland, Michael D Higgins, who visited in 2018.  More recently, the addition of an Autism-Friendly play area has added considerably to its appeal. Facilities at the Park have been provided, developed and maintained by the local community.

We are raising money for Development at Birdhill Community Park. Click to Donate: https://t.co/BLx46KwJe2 via @gofundme

Birdhill Village has been winning awards for its built environment for many years and won the overall Tidy Towns award in September 2017. Birdhill community also places huge importance on the human environment, improving the quality of life for the residents, ensuring that Inclusion is at the heart of everything Birdhill does.

To further enhance the amenity, to make it more accessible for wheelchairs, prams and buggies and to make it more attractive to all visitors, it is now proposed to lay a tarmac surface on all the paths throughout the Park during the month of April 2021.  At the same time, the Park’s role in the preservation and promotion of nature and biodiversity will continue to be maintained.

So far, €1,412 has been raised of the €5,000 target and locals are appealing to the community and local businesses to support the GoFundMe campaign to fund the proposed project. Your support will be greatly appreciated and will help enhance facilities in Birdhill for all age groups.

To donate to the fundraiser, go HERE