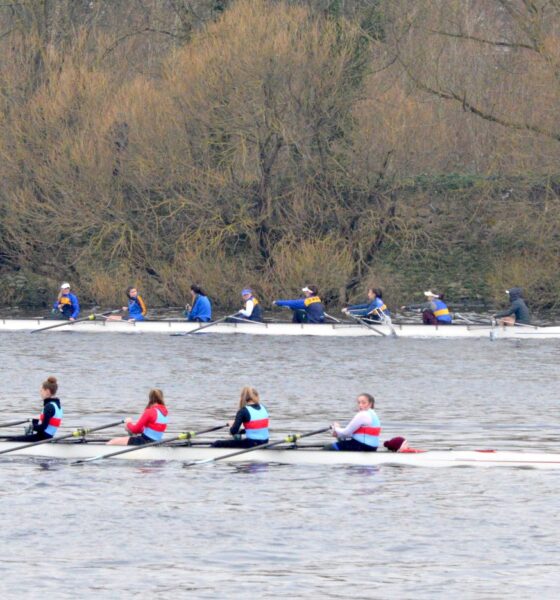 Members of Castleconnell Boat Club have rowed the length of the Shannon twice, which equals a total of 720km, over a period of forty days to raise funds for Milford Care Centre, Castletroy.

The challenge took place as a virtual event throughout the duration of Lent. The challenge was completed on Sunday, March 28, as the participating women arrived at Castleconnell BC slip. In total, the women surpassed their initial target of 720km and astonishingly completed a distance of 937km throughout the challenge.

The Master’s Women’s Crew charity of choice was Milford Hospice/Milford Care Centre. Milford Care Centre, established in 1928 is a non-profit, voluntary organisation. The Care Centre provides Specialist Palliative Care and Older Persons Services in the Mid-West. The organisation strives to live up to its core values, justice, compassion, respect, communication and accountability.

Castleconnell Boat Club, whom Master’s Women’s Club are members of has been established since 1983 and consists of various groups, such as Junior Rowing and accepts members from twelve years and up. The Club is situated on the River Shannon on a 3.5km run of clear water, that stretches from O’ Brien’s Bridge to the Wier at World’s End.

Talking about the event, the group commented, “Living as we are in lockdown, we undertook the challenge in our sitting rooms, sheds and kitchens!  However, we were inspired by the thought of getting back on the open water. We are delighted to announce that we not only achieved our target but completed a total of 937 Km bringing us to finish at Castleconnell Boat Club on our third leg of the river. Thank you to everyone who supported us. Niamh Ann, Pat, Catherine, Deirdre, Hope, Mags, Eunice and Nuala.”

Donations are being accepted until Friday, April 30, 2021.