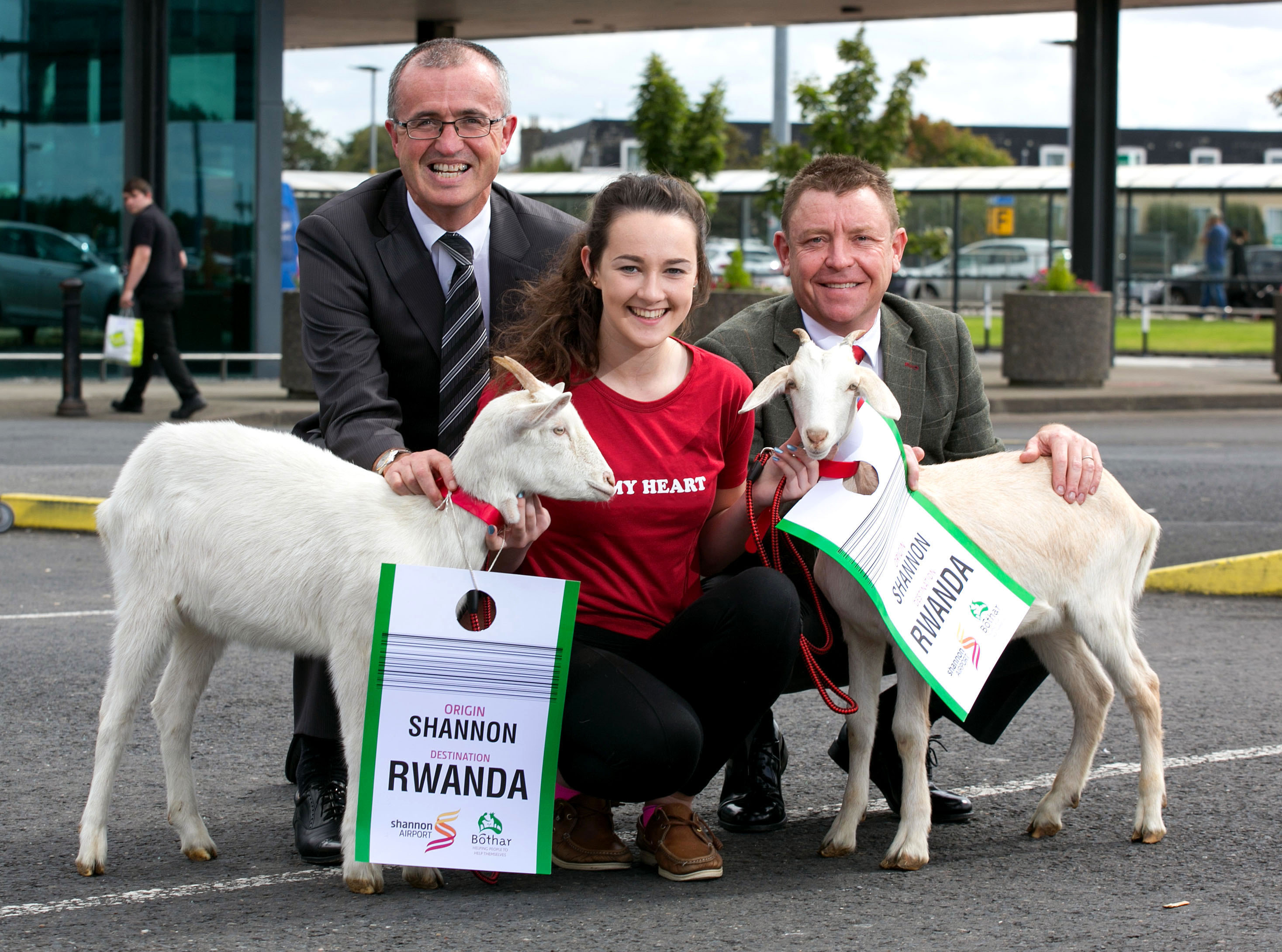 The countdown is on for the biggest multi species airlift ever from Ireland and one of the biggest in the world, after aid agency Bothar confirmed its 25th anniversary ‘Ark’ will take flight from Shannon Airport on Monday next October 10th. bothar ark.

Complete with a live cargo of 40 in-calf dairy cows, 260 pigs, 200 dairy goats and 1,000 chicks, the Bothar Ark will be bound for Rwanda where it will be divided among widows of the horrific genocide of the mid-1990s.

Bóthar has today announced that Shannon Airport will be the official aviation partner for the airlift from Shannon. The historic flight marks the 25th anniversary of the first Bóthar flight, which left the same airport 25 years ago with a cargo of just 20 cows. bothar ark.

The inaugural flight was intended as a one-off by a group of Mid-West farmers, among them legendary farm leader TJ Maher, as their way of marking the 300th anniversary of the Treaty of Limerick.

Confirming the airlift and Shannon’s designation as the aviation partner, Bóthar CEO Dave Moloney said that final preparations are now in place for what will be the most significant airlift of Bóthar’s quarter of a century of livestock aid activity.

“This is the most important airlift we have ever pulled together, for many reasons. It’s our biggest airlift in terms of numbers and species and, in that regard, a record in an Irish context.  It also marks our 25thbirthday as an aid organization and what a journey it has been.” Expresses Dave.

Dave continues to say that, “There’s also a great deal of nostalgia, not just because of the birthday but because we are back where it all started, at Shannon Airport.  We have since turned into one of Ireland’s best known charities and which transforms the lives of thousands of the world’s poorest annually with gifts of food and income producing livestock.”

Airport Operations Director, Shannon Airport, Niall Maloney says “Bóthar is like an old friend now for us at Shannon and we are delighted to support them. They have been airlifting cows, in particular, from here to some of the most-needy people in the world for a quarter of a century. It’s a remarkable contribution, not least when you think of the organization’s origins.

“It was just supposed to have been a once-off.  Thankfully for tens of thousands of people across the world, whose lives have been changed beyond their wildest hopes by the gift of food and income producing animals, it hasn’t stopped rolling since.”