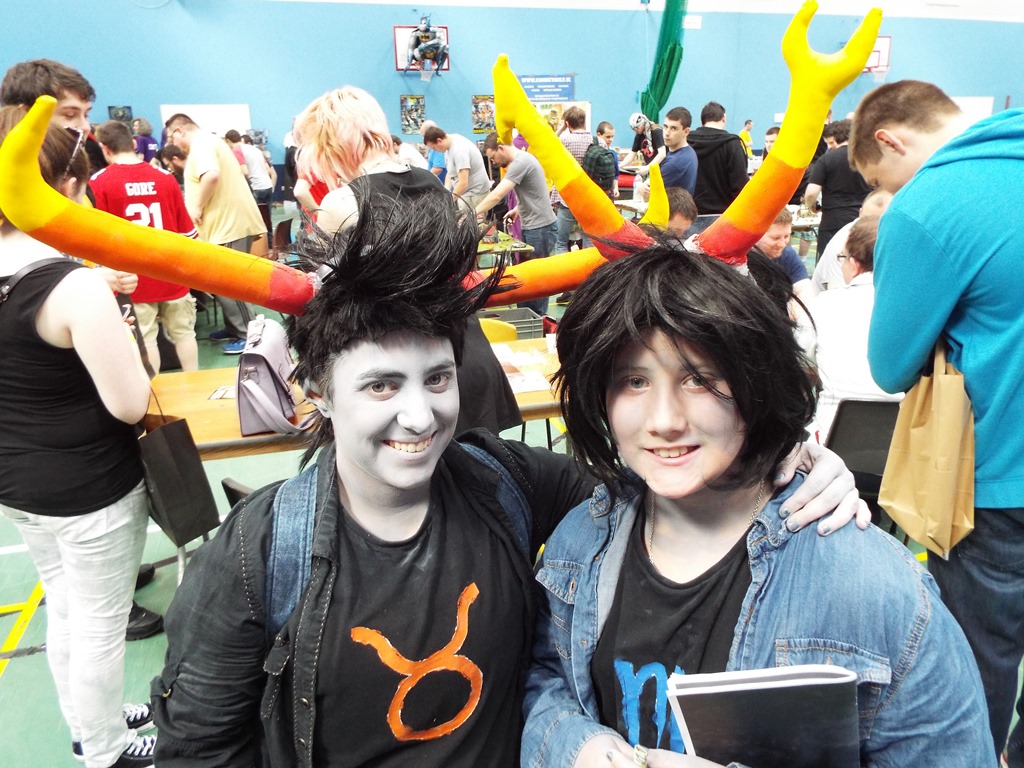 Picture by Evan Kennedy from the 2014 Brocon event

Brocon is a gaming and anime convention happening at the University of Limerick this weekend July 10-12.

The Brocon gaming convention will take place in the PESS building on UL campus throughout the weekend with “something for everybody” including a great family day out.

Director of Brocon 2015 Jay McKeown said: “The most important thing about the event is that there is something for everybody, it is a family friendly event and children under 12 are free in, it has all the games you could think of; anime, pop culture, sci-fi, consoles, cards, board games, role playing games, screenings of various TV shows.”

The event is set up by the Games Society and the Anime Society in UL this event is in its sixth consecutive year.

The event is constantly growing and Jay said: “Oftentimes we are working this year to grow for next year, it seems to be working it is getting bigger every year. At every event Brocon hold a charity auction in aid of Pieta House, and this year is no different. If you have anything to donate towards the auction for charity you can email details of the donations to: [email protected]”

Kyle Hebert who is better known as the voice of Gohan in Dragonball Z, and Ryu in Street Fighter is this year’s guest of honour.

Jay continued: “The family friendly aspect is something we tried to step up last year and it is really great because the kids come in and they want to see what all the flash and excitement is about. One of the things the Anime crowd like to do a lot is cosplay, making their costumes and sometimes the kids find that very entertaining. We were in the St. Patricks Day Parade this year and the kids were really interested in the costumes because it stood out. All the kids love getting their photo with the UL mascot ‘Wolfie’ who will be at the event.”

“There are about 13 different console tournament on and there are consoles set up for anyone to play what they want. The biggest event is Super Smash Brothers game by Nintendo which is very big in Ireland right now; there is a cosplay masquerade too. There are prizes to give away too like vouchers and a trophy and tickets for Zelda Symphony of the Goddess which is an event happening in Dublin later in the year.”

“The event is split up into three different halls; one hall is all traders with a thing called an ‘artist alley’ where artists go and do their drawings or make their craft and they can sell them off. Then there is another hall where all the games are on and the third hall we have the cosplay competition and talks on various things so if you want to come down and look at something in particular it is all laid out or you can browse around.”

From anime screenings, artists alley, and cosplay competitions to charity auctions, special guests and board games Brocon will entertain one and all this weekend.

Tickets can be bought on the day.

Check out updates on the Brocon Facebook event here.

Pictures By Louise O Rahilly for ILoveLimerick 2015. All Rights Reserved.