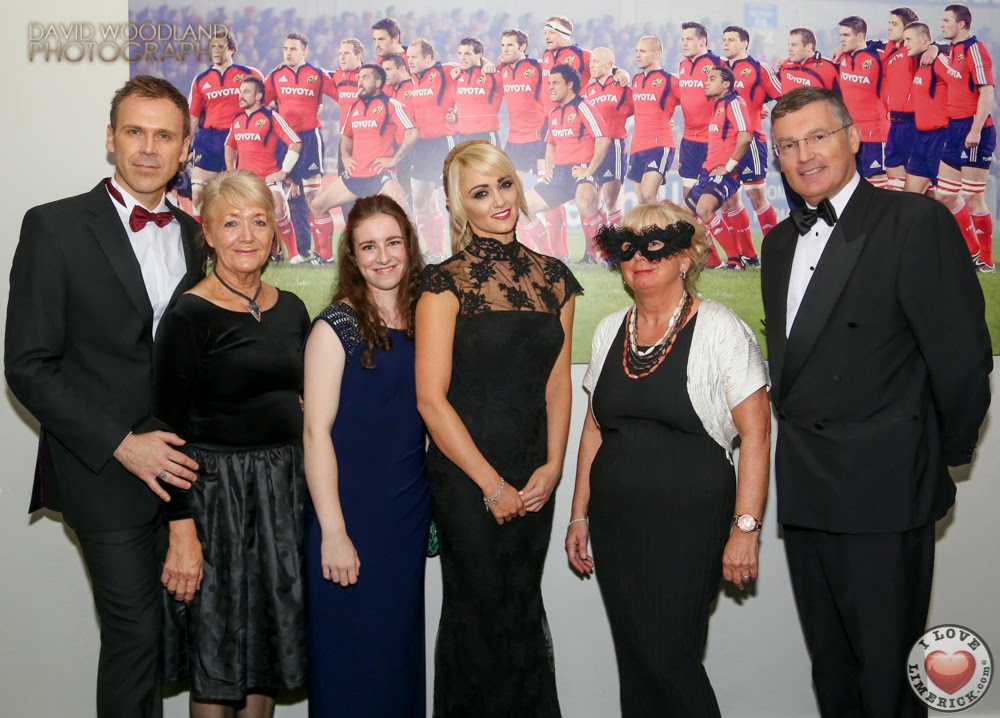 The Carers Association in conjunction with Limerick City & County Councils and Thomond Park held  ‘The 2014 Limerick Masquerade Ball’. The high profile fundraiser was hosted by TV3 star Leanne Moore and was a huge success.

Launch of the  Carers Association Masquerade Ball In July with David Wallace:

The Carers Association in conjunction with Limerick City & County Councils and Thomond Park has launched ‘The 2014 Limerick Masquerade Ball’. The high profile fundraiser was launched with the Mayor of Limerick Michael Sheahan, the 2013 Limerick Family Carer and Carer of the Year Anne Curtin and Young Carer of the Year Niamh Duffy.

The Limerick Masquerade ball will help raise vital funds for the 16,500 Family Carers across Limerick City & County / North Tipperary / Clare, while recognising the dedication, commitment and contribution that they make. Taking place on Saturday, September 20th in Thomond Park, the night will be MC’d by Rugby Legend David Wallace.

Catherine Cox, Head of Communications with The Carers Association explains “We are delighted to once again launch The Limerick Masquerade Ball which was a resounding success last year. We hope to once again help raise vital funds that will support the 16,500 Family Carers across Limerick City & County / North Tipperary / Clare. The night is all about recognising the commitment and dedication of Family Carers to those that they care for.”

The event will embrace Limerick’s ‘City of Culture’ 2014 crown and some of the highlights from the night will see guests enjoy a Champagne Reception with one lucky person receiving a piece of jewellery worth 1,500 in their glass of bubbly which is being sponsored by Keane’s Jewellers and an Original Oil on Canvas by Local Artist Ann Daly will be auctioned on the night. Those in attendance will also be treated to music by the ‘Unity Gospel Choir Limerick’, a pre-dinner reception with a 3D lighting show by Byblos Production Company, a five course dinner and music by ‘The Village’ Show Band until late.

“We would also like to acknowledge the sponsors of the event, whose support is greatly appreciated. The event is also important in recognising the importance of the services delivered to Family Carers by the H.S.E Mid West, Limerick City & Councils role in implementing initiatives for the elderly along with Thomond Park’s commitment to community social responsibility. We are all really looking forward to the event in one of Limerick’s most well-known landmarks.” says Ms. Cox.

The event is hosted by Thomond Park, Limerick and Limerick City & Co. Councils and will be kindly sponsored by Rusal Aughinish Alumina, Askeaton, Co. Limerick, Lisheen Mines, Co. Tipperary and Keanes Jewellers. For those who would like to attend please contact [email protected] or 086 172 6270.