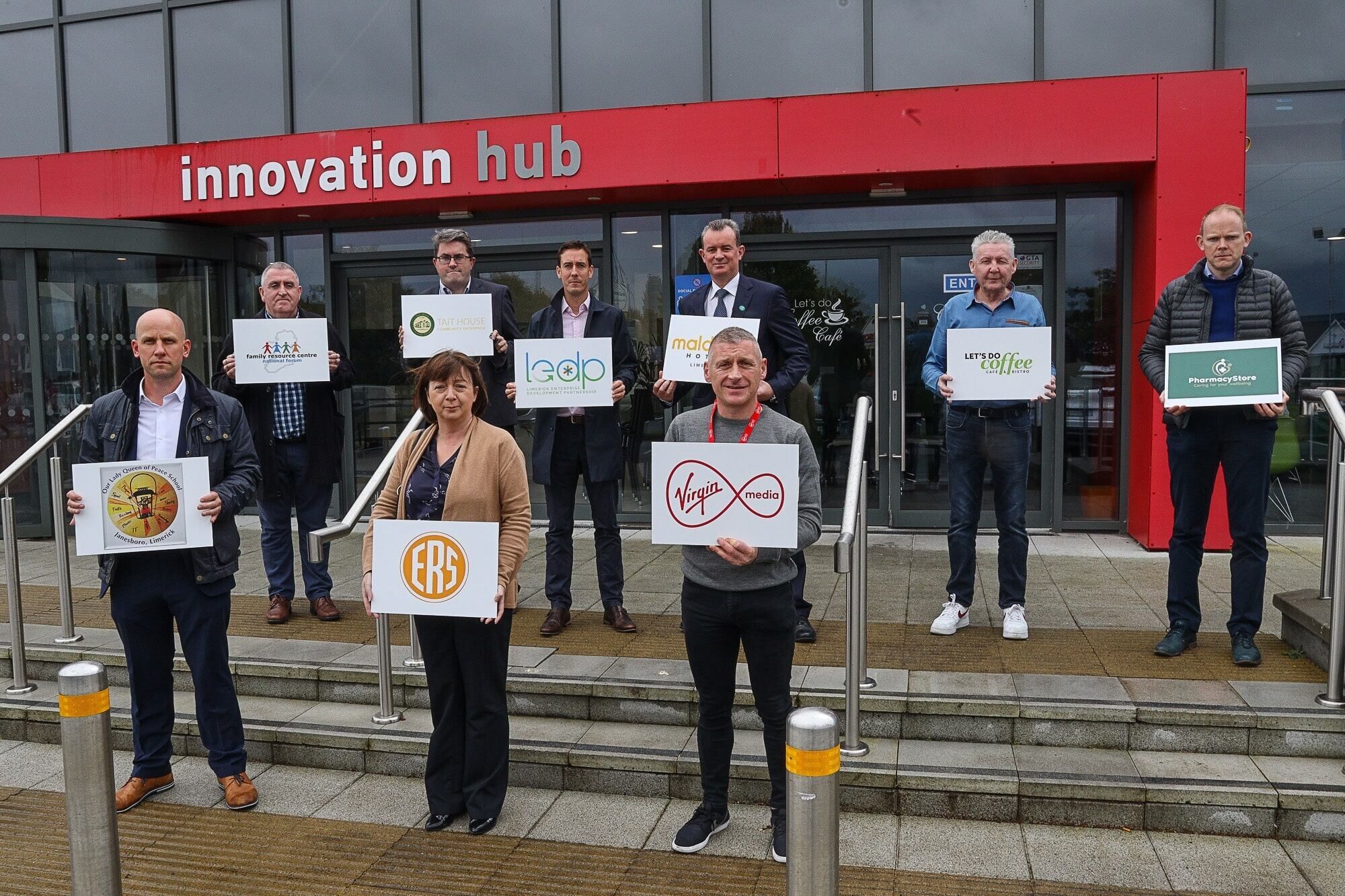 The completion of the Limerick Northern Distributor Road, pictured above, has not been mentioned in the NDP, much to the disappointment of Mayor Daniel Butler

Local businesses, community groups and education providers on the Southside of the City have come together to seek the reinstalment of the inbound access from the M20 Limerick Southern Ring Road to Carew Park Link Road from the National Development Plan (NDP).

This would be a minor road adjustment, but one with significant positive implications for regeneration in the area.

The group, which was brought together by Limerick Enterprise Development Leadership (LEDP), includes wide-ranging stakeholders representing all parts of the community from Southill, Janesboro, Galvone and Roxboro on Limerick’s Southside.

The access point into the city was originally linked to the national roads network but closed temporarily in 2007, and despite the closure being agreed to be short-term, it became permanent in 2010 with the completion of the Limerick Tunnel.

Chief Executive of the charity LEDP Niall O’ Callaghan said, “What we are asking for is a minor reconfiguration of the junction and we have been told consistently that there is overwhelming support for this. Now presents an ideal opportunity for Government policy makers to resolve it with the confirmation the M20 is to proceed. For less than 1% of the cost of the M20 which is to run into billions, this will ensure value for money by virtue of economies of scale and timing of this link in tandem with the M20 build. Now is the time for action.”

The supporters of the call contribute to the social fabric of Limerick City through job creation, training, and education provision. They are a key stimulator for regeneration in this socially marginalised area, and employ over 1,000 people locally, as well as providing vital community services.

Pat Reddan, General Manager of the Maldron Hotel in Roxboro, said “We cannot understand in this community why there has been no progress on this link road. There is already a road plan design from 2012 outlining possible options to retrofit the junction, sadly without any action or progress to date. This has the potential to open up the whole of Limerick’s Southside and create generational life changing opportunities. Surely if there is a will, they will find a way?”

Despite widespread support and calls for the reinstatement of the inbound access, the group are frustrated by the lack of action and commitment from the Government, local Oireachtas members and Transport Infrastructure Ireland (TII). The group are calling on all Limerick City Oireachtas members to work with TII and Limerick City and County Council to find a solution in conjunction with the planned M20 motorway to Cork.

As well as this, Mayor of the City and County of Limerick Daniel Butler has expressed his disappointment that the remainder of the Limerick Northern Distributor Road (LNDR) has not been included in the NDP by the government.

He said, “The completion of the Limerick Northern Distributor Road is essential for the continued development of Limerick. Limerick City is the capital of the Mid-West and must deliver on its potential and fulfil its leadership role regionally, nationally and internationally. While I very much welcome the inclusion of the other projects, the LNDR is crucial for the development of the entire region, so that it can counteract the development imbalance along the eastern seaboard centred around Dublin.”

The completion of the Limerick Northern Distributor Road, which is vital for the future development of Limerick, has been left off the list, even though Phase 1 for the project from Coonagh to Knockalisheen is already under construction.

Mayor Butler said, “The Limerick Northern Distributor Road will significantly reduce through traffic in Limerick City Centre improving accessibility and allowing road space to be reallocated to improved pedestrian and cycling facilities and to allow for more frequent and reliable public transport.  Public and Active Travel is already included in the plans for the LNDR with good quality cycling and walking facilities provided along the route. Overall, there will be much better connectivity for residents and businesses in east County Limerick and south County Clare across all of North Limerick and onto the National Road Network.”

The Mayor continued, “The road will give road users more choice to move around the city and distribute traffic more evenly across the city’s network. It is especially important for the northern suburbs such as Corbally and will greatly relieve pressure in Annacotty, Monaleen and Castletroy.

In east Limerick, the road will provide for improved connections to Annacotty Village, the Cappamore Road, the National Technological Park and the University of Limerick. Journey times around the north of Limerick City will be significantly reduced. For example, on the Limerick Northern Distributor Road, the travel time from Coonagh to the North Campus of UL will be less than 15 minutes at peak times.”

“I note that in the plan it states that local authorities may also consider bringing forward proposals for further locally important road infrastructure projects to deal with particular safety and access issues. The Limerick Northern Distributor Road is such a scheme, and we must all work together in the region to put pressure on the government and our local and regional politicians to fight for this road and for the development of Limerick,” he added.

Dee Ryan, Chief Executive of Limerick Chamber, said, “A strong case has been made in relation to the need for this road. The very fact that pone of the project, from Coonagh to Knockalisheen, is already underway renders this decision extremely disappointing.

“We urgently need to relieve serious congestion issues in areas of Corbally and Castletroy and Monaleen and ensure opportunities are not lost for inward investment and job creation. It is a regrettable decision and the Chamber remains committed to ensuring the calls of stakeholders across Limerick in relation to this are heard.”

“The omission of the Northern Distributor Road is a disappointment for Limerick business community, particularly members located in the National Technological Park who are rapidly seeing a return to pre-pandemic congestion and traffic levels,” she added.

For more information about the NDP go HERE

Limerick lights up in green for Limerick Mental Health Week 2021