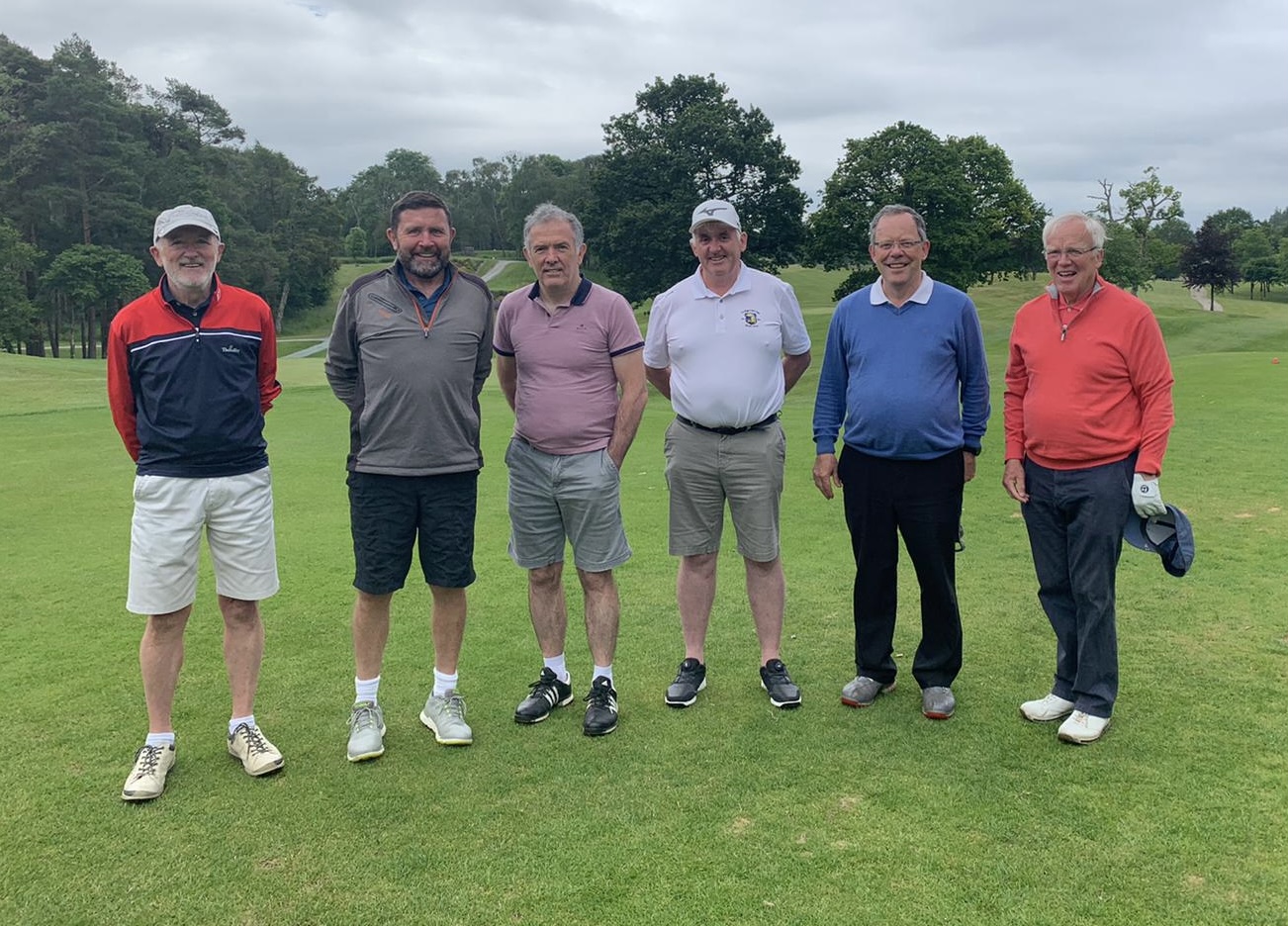 A team of nine Irish men from construction, medicine, sport, professional services, all of whom have Parkinson’s disease and joined by Brian McFadden, are setting out to change perceptions about the disease. And they are using drivers, woods, wedges, irons, and putters in their campaign to shine a light on the mental and physical well-being needs of people with Parkinson’s disease.

Team Ireland Parkinson’s will don their green jerseys for the nation and compete at the prestigious championship course The Belfry from October 11 to 13 in the Sports Parkinson’s Four Nation Tournament. The team will seek to defeat teams from England, Scotland and Wales and also launch an awareness campaign to combat the disease. In doing so Team Ireland Parkinson’s is seeking to recruit golf clubs, golfers and non-golfers willing to support people with Parkinson’s Disease and create a nationwide golfing society equipped for Parkinson’s patients.

Team member Cormac Mehigan, Consultant in Emergency Medicine works in University Hospital Limerick and continues to enjoy his golf having been diagnosed with Parkinson’s a few years ago. Commenting on the campaign he said, “The biggest obstacle that people with Parkinson’s face is the obstacle of self-isolation and withdrawal from society. This disease is absolutely challenging. It’s tough. And it is something people will die with, rather than die from, until we find a cure. But it’s not a disease that can be allowed to push sufferers out of society and simple steps can make a huge impact. We’re in the process of contacting golf-clubs across Ireland to assess their willingness and capacity to allocate a dedicated space on the course for a Parkinson’s Cab golf buggy. Simply having the buggy on a course opens up the prospect of physical exercise and human interaction that Parkinson’s can otherwise steal from sufferers.”

Speaking about his own participation in the team, Padraig Barry, Managing Director, Saint Gobain Ireland said, “Everyone will be familiar with the symptoms of Parkinson’s Disease so when I first heard about the idea of standing next to a Parkinson’s sufferer welding a nine iron, I really wasn’t sure to be honest. Especially as I have Parkinson’s myself. But this is not a golfing story; it’s a story of courage over adversity and shining a spotlight on a disease that can destroy the self confidence of people with the disease. But I tried it and it really opened my eyes to the potential and the need for change in perceptions. So, this campaign is about opening doors again for people with Parkinson’s and letting them and others see just how rich a life can be led with this disease. I’ve played a few rounds in my own time but I’ve never seen such a determined bunch as this team. We’re calling on people to show support for this very special team Ireland Parkinson’s green jersey and support the team by spreading the word about the power of golf to change lives.”