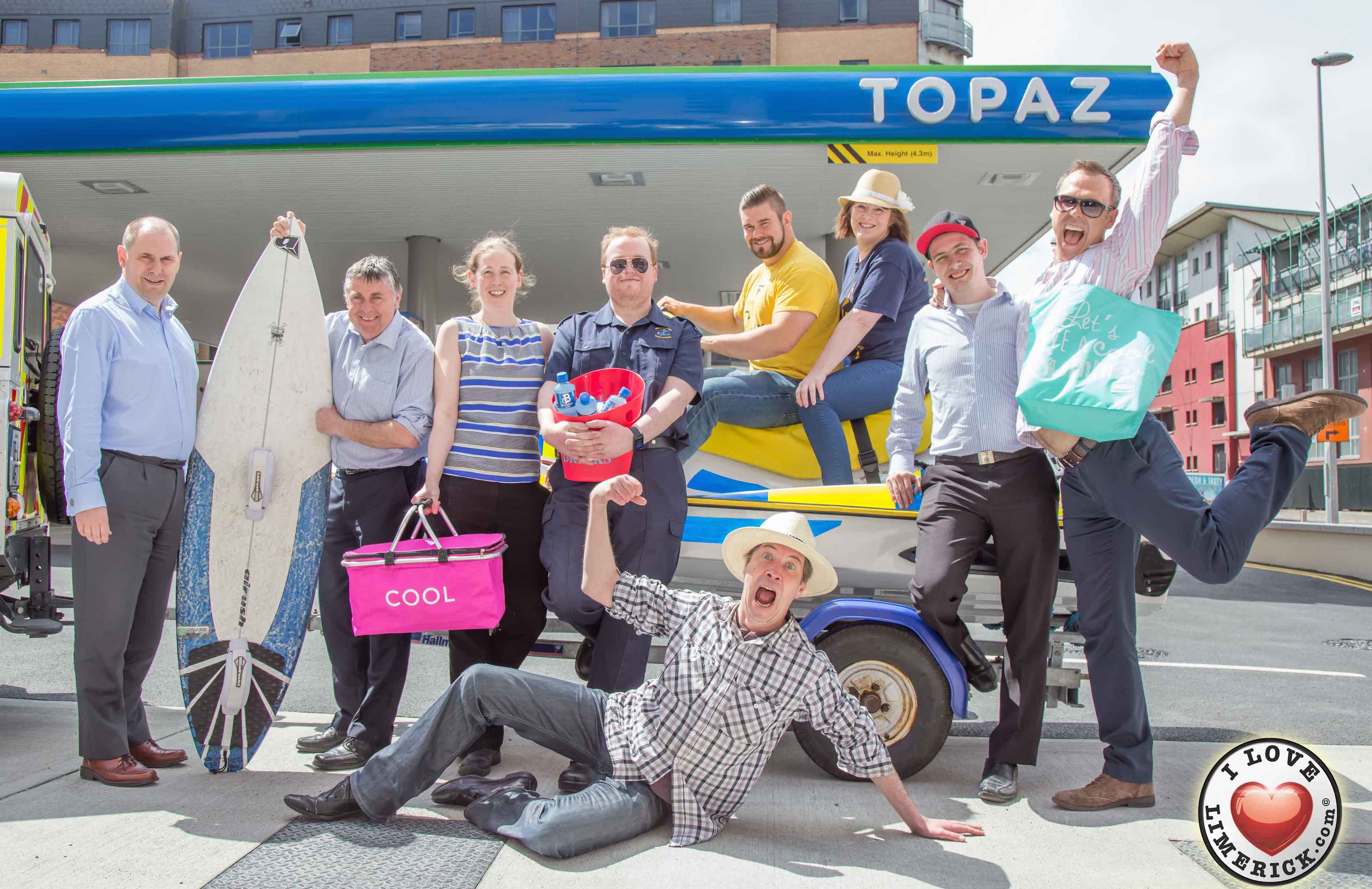 Caseys Centra host Love Thy Neighbour Summer Carnival in aid of the Mid West Simon Community and Limerick Marine Search and Rescue takes place on Thursday June 16, from noon until 3 pm, at the Caseys Centra store, Mount Kenneth on the Dock Road.

Caseys Centra are inviting guests to sample their tasty deli food offerings, including Mexican dishes, carvery dinners, sandwiches and salad creations. Carnival games include ‘Test your Strength’ where you could win a signed Paul O’Connell Munster Rugby Jersey, ‘Dunking Duncan’, an opportunity to dunk one of Munster Rugby’s hottest players into a bath of freezing cold water, Hook a Duck and Piñata Bash.

All activities on the day are donation based and organisers are pleading for the public to dig deep in order to raise as much funds as possible for two extremely deserving Limerick based charities.

The event concept originated when management from Caseys Centra, located on the Dock Road, saw the positive impact they had on their neighbours Mid West Simon Community after they began donating unused food to the charity’s service users. Caseys Centra decided they needed to do more.  This evolved into a fundraising day for both Mid West Simon Community and fellow neighbouring charity, Limerick Marine Search and Rescue.

Kevin Foley, Manager Caseys Centra said, “Calling the fundraiser “Love thy Neighbour” came from us wanting to show our support for local organisations such as businesses, charities and communities. There is strength in numbers and if we all support one another, Limerick would be unstoppable. We want these charities to know we are there for them and will continue throughout the year to support them unconditionally.

Jackie Bonfield, General Manager Mid-West Simon Community, said, “We are so honoured that our neighbours Caseys Centra and Limericks Live 95fm have decided to support our fundraising initiatives with an event that not only shows the best of Limerick but also stresses the importance of how much we all need love and support from our neighbours.”

Joe Morgan, Chairperson Limerick Marine Search and Rescue said, “This year we are celebrating our 30th anniversary and in the spirit of community, the event really emphasises the importance of local support. Our organisation is volunteer based and we need to raise ongoing funds to continue the work we do.

Fergal Deegan, Marketing Manger Limericks Live 95, said, “We are thrilled to support our neighbours and the work they do. Limerick Marine Search and Rescue play a key part in tracing missing people in Limerick. The River Shannon is the life force of Limerick and this organisation keeps it safe for all of us. Mid West Simon Community reaches out to people who are homeless, at risk of homelessness or experiencing housing difficulties. Both organisations are vital to the Limerick community.”

Love Thy Neighbour Summer Carnival in aid of the Mid West Simon Community and Limerick Marine Search and Rescue is on Thursday, June 16 from noon to 3pm at Caseys Centra and all are welcome.