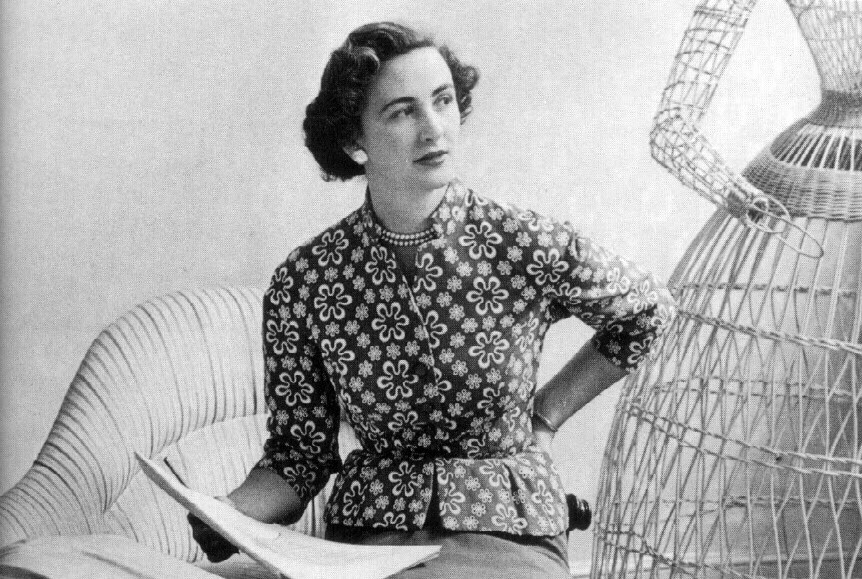 Born on January 24, 1921 in Dublin, Sybil Connolly was an innovator, an influencer, an entrepreneur in the world of fashion and design, said to have put Irish fashion on the map.

Each month this year on their Instagram, The Hunt Museum will release a new story focussing on her innovative techniques, her entrepreneurial drive, her influencing skills and of course her very distinctive dresses still worn by the likes of Gillian Anderson in the 2012 BAFTA’s and Anna Clarke wore ‘First Love’ her grandmother’s dress for her wedding in Dublin in 2013. Her grandfather Jack Clarke ran Richard Allens’ where Sybil Connolly worked in the 1950s. The Hunt Museum will start on the anniversary of her birthday with Sybil the Innovator in Fashion of the 1950s.

She was a woman ahead of her time and, while not forgotten, she is maybe not recognised for all that she brought to the world from the 1950s to the 1980s. When her fashions became outmoded by the shortening of skirts, she changed track becoming a designer of glass and ceramics, wallpapers and textiles.

She gave new life to traditional Irish fabrics using the red flannel of Connemara petticoats to form a billowing peasant skirt. She is credited with the reimagination of Donegal Tweed.

She persuaded the nuns of Carrickmacross to dye their Lace pink for her Pink Ice creation.

Perhaps her most distinctive contribution to fashion was pleated handkerchief linen – as worn by Jackie Kennedy in the official White House portrait – it took up to nine yards of Irish linen handkerchiefs to create one yard of the uncrushable pleated fabric that she pioneered. Issy Miyake 50 years later uses the technique in his Pleats Please Collection.

A 1950’s influencer she also dressed Elisabeth Taylor and Julie Andrews and exported to the US from Ireland, eventually supplying Tiffany’s with her ceramics and glass. By the late 1950’s she was employing over 100 women, many working from their homes across Ireland, making tweeds and lace. In this centenary year of her birth, the Hunt Museum will release a series of Instagram stories looking at her techniques, colours, patterns, entrepreneurial, and influencer skills.

The Hunt Museum will add to the sum of knowledge about her via the wiki commons contributions, hold kids’ clubs to make her wallpapers and textiles, and have some open conservation sessions on some of the design pieces they hold in their Sybil Connolly Collection, the largest in the world, bequeathed to them by her nephew, John Connolly.

Alisson Rocha, Marketing Manager at the Hunt Museum says: “ We want to create a following for Sybil, her designs, techniques, and innovations on Instagram, inspiring others with her story, a woman innovator in 1950’s Ireland, where, in many ways fashion was just her medium.”

For more stories about The Hunt Museum go HERE