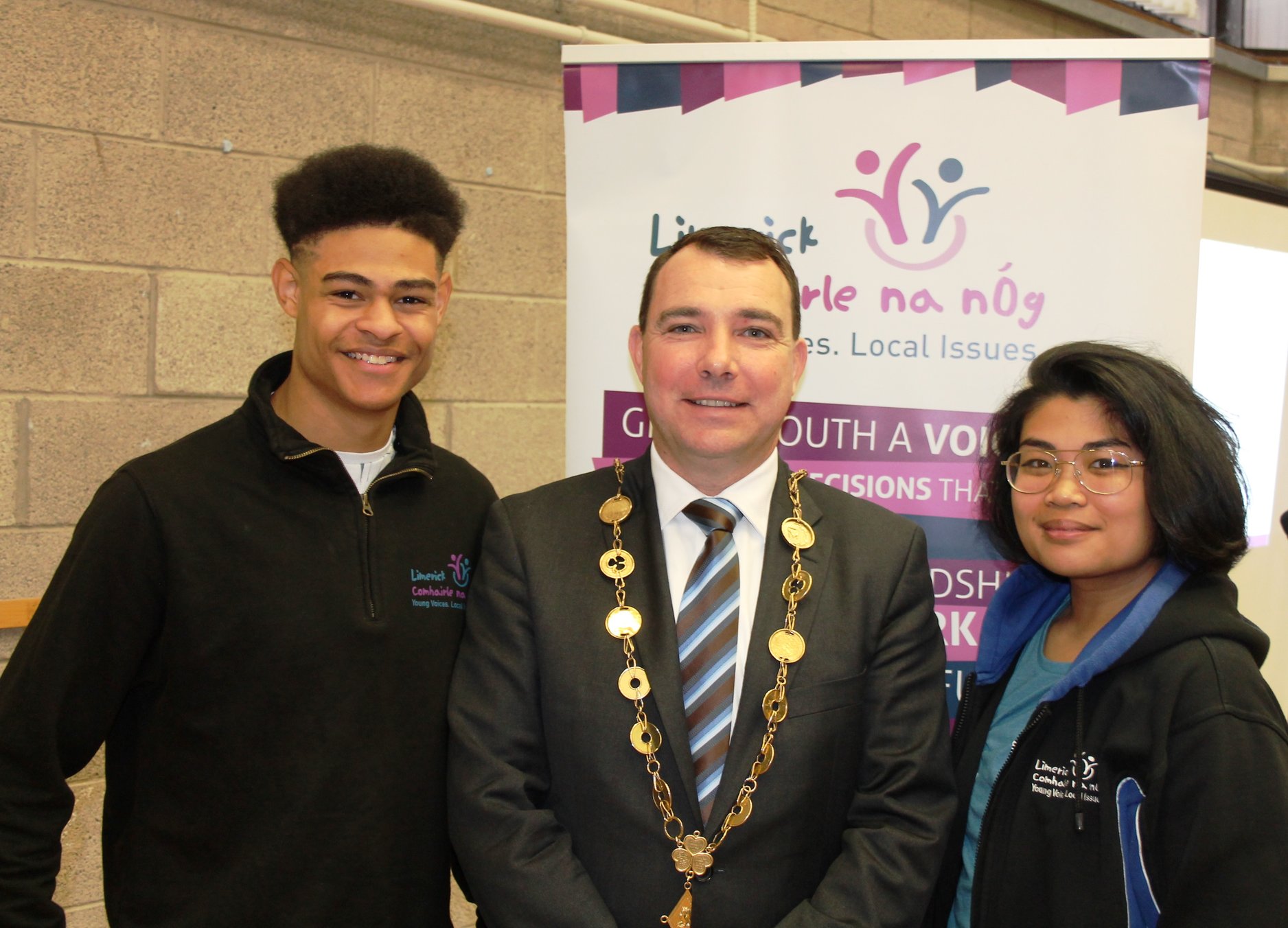 Cyber Health & Wellbeing was the central theme of the Limerick Comhairle na nOg AGM which was opened by the Mayor of Limerick, Cllr. James Collins, at the University of Limerick recently.

The Limerick Comhairle na nOg AGM saw second level students from across Limerick gathered at UL for this year’s event where the Comhairle showcased their work to date and plans for next year which focus on Cyber Health & Education.

Speaking to the over one hundred second level students present, Mayor Collins congratulated Limerick Comhairle na nÓg on their outstanding work to date and extended an invite to address local counsellors next spring.

‘Next year city and county councils are 120 years old.  As mayor I would like to invite you to a make a presentation to us (Limerick City & County Council) on key messages that you feel we need to hear from you,’ said Mayor Collins.

Following the Mayoral address, Comhairle member Tyrone Guillen spoke about the role of Comhairle na nÓg saying ‘it is a youth council that gives us (young people) an opportunity to voice our opinions and speak about issues that affect us.’

‘Each year we chose a topic, research it & present our findings to local and national government,’ explained Tyrone.

For the past year Limerick Comhairle na nÓg have been working on Cyber Health and Wellbeing.  The group have recorded three short films that address cyberbullying and protecting ourselves online.

‘These films will be delivered to schools and youth groups across Limerick to encourage greater awareness and understanding of the use of social media,’ said John Real, Limerick Youth Service (LYS).

Reflecting on this year’s AGM John said ‘the feedback has been very positive with many students expressing an interest in joining Comhairle.’

The students also participated in workshops that were delivered by LYS’ Be Well Youth Mental Health Team & Youth Information teams as well as Narrative 4 and GOSHH.

One of thirty-one nationwide, Limerick Comhairle na nÓg is supported by LYS in partnership with Limerick City & County Council.

Comhairle na nÓg champions the youth voice and celebrates the drive and endeavour of young people to impact change and celebrate what being young and civically active in Ireland can accomplish.