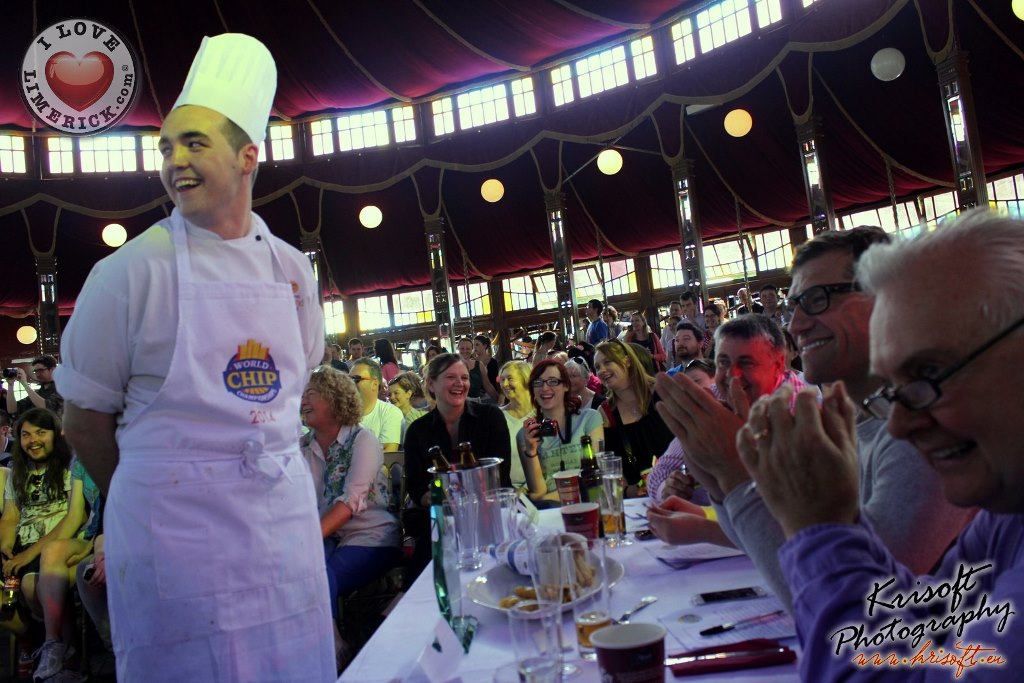 Limerick’s “quirky food carnival” returns again this June Bank Holiday, running from 28 May – 2 June. Culture and Chips is a food carnival taking place in the Arthur’s Quay Park in a specially transported Salon Perdu Spiegeltent. The Spiegeltent is a European Mirror Tent, and has been used as travelling dance halls, bar and entertainment salons since the early 20th century.

Frites, chips, potato wedges or French fries – whatever you call them, there is little to rival the mighty chip. Humble in stature, there are few foods that hold such affection in the hearts (well, bellies) of so many. Curly or thick-cut, wedged or crinkled, made traditionally from potatoes but so often from many other vegetables now too, it is high time we celebrate the chip!

Limerick is going to do just that, and this years festival promises to be “bigger and better” according to organisers, as the event is going to run for 6 days, and the Spiegeltent is going to be bigger. Last year, the Culture and Chips festival was one of the biggest events of the Limerick City of Culture 2014.

This year, as part of the food and entertainment theme, the Spiegeltent will be hosting a Culinary Carnival Banquet with Paul Williams of Canteen as chef, the World Chip Championships, ‘Pommes in the Park’, children’s theatre, Clown Noir, a circus skills workshop and a range of musical performances.

Patricia Roberts, part of the committee of the festival, explains “What is different about it is that it is a niche festival, the world chip championship – there is no other such event but in Limerick and having it last year, it created such a buzz in foodie circles. Chips are for everybody, they are all inclusive, we all love them. Creating that was the niche, combined with a serious line-up of entertainment that will retain people in the city. It is coming back bigger and better.”

The Culture and Chips festival is sponsored by the Limerick Chamber, and Limerick City and County Council.

For more information on the Culture and Chips festival, check out the website here.

Photos by Sophie Goodwin for ILoveLimerick.com 2015. All Rights Reserved.

Photos by David Woodland for ILoveLimerick.com 2015. All Rights Reserved.