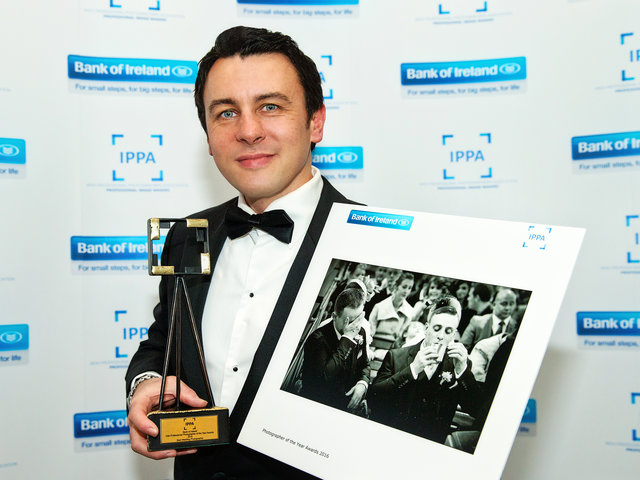 Based in Limerick City, Dermot has had work commissioned from every part of Ireland and the UK. His uncompromising eye for detail and his instinctive ability to produce work that is universally popular makes him one of Ireland’s most sought-after photographers.

Expressing his delight at winning the coveted award, Dermot said ‘It is great to be recognised by the industry in such a competitive category, and this award reflects the positive feedback I have had from my clients during the last few years. A lot of planning goes into a wedding and I believe the photography should reflect the occasion accurately and in a natural and aesthetically pleasing way. It’s great to see my vision in this regard is shared’.

Dermot is one of the most awarded photographers in Ireland winning National Wedding Reportage Photographer of the Year 2014 and 2015. He has worked on television makeover features and his series of limited edition prints of New York and Irish landscapes sold out within days of being announced. He has been commissioned for work locally, nationally and abroad as a destination wedding photographer.

Dermot prides himself in visually documenting the entire wedding day without being intrusive. He also manages to somehow capture those spontaneous moments, where people are unaware of the camera’s presence and so look more relaxed and informal than during posed-for photos. Previous clients have said Dermot’s friendly, professional manner really reduces the stress levels on the big day. Dermot’s artistic eye and unerring sense of what will transfer well into a still photograph ensure a photo album that will ensure the wedding is remembered for all the right reasons.

Further details, as well as examples of Dermot’s work, can be found at www.dermotculhane.ie