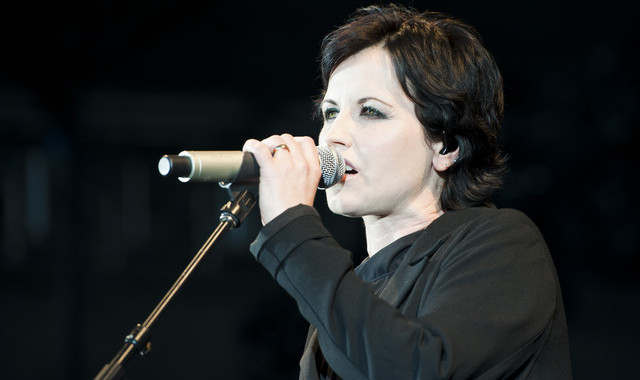 Dolores O Riordan collaboration with The Smiths’ bass player Andy O’Rourke and New York DJ and producer Olé Koretsky will see The Cranberries star make a return to a Limerick stage in September.

D.A.R.K. is a collaboration between the trio, which will result in an album, Science Agrees, released on the Cooking Vinyl label on May 27.  The three are set to take the stage in Dolan’s Warehouse Limerick on Friday, September 16.

After a couple of years’ experimentation and laying down tracks in their home studios, a chance meeting between Andy and Dolores resulted in the singer asking him what he was working on. The pair started emailing back and forth building onoriginal demos and, in a couple of instances, Dolores completely re-imagining some of the songs.

The first taster from the record is ‘Curvy’ which deals with isolation, disconnection and rebirth over a New Order influenced backing track. The trio discovered they’d quite a lot in common with each other which allowed them to create such an extraordinary album and single!

Having passed ideas between each other the three band members met in Ontario, Canada where they recorded live instrumentation and vocals for the album. All three of them arranged and produced the album: a concoction created in NYC and Ontario, mixed in California and mastered in London.

The resulting album has, it is claimed, captured “the essence of three distinctive personalities, incorporating their love of electronica and new wave”. Limerick native Dolores O’Riordan has had a turbulent time of late, paying a €6,000 fine after an alleged incident of air rage on a flight from New York to Shannon. The case was struck out after the fine was paid however this is set to be her big come back into the music industry and lime light.

The first single to be released from the album is available to be listened to online.

You can get tickets for the upcoming gig here.

For more related stories by I Love Limerick, click here.