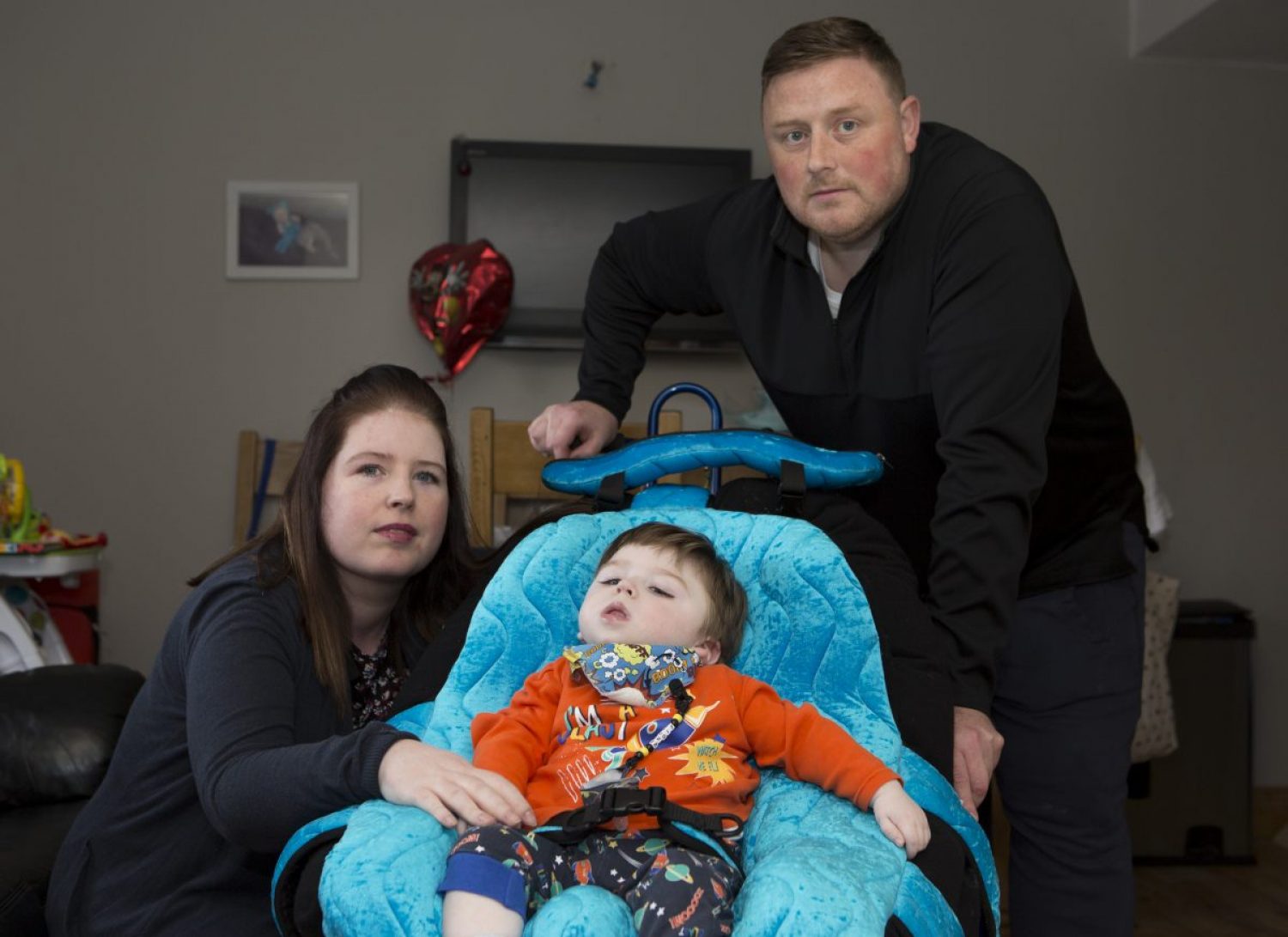 To be told your child has a life-limiting illness is incomprehensible to most parents, but to Brenda O’Connell Barry and her husband Trevor this has become a reality for their two-year-old son, Fionn.

Fionn Barry has spent most of his short life in and out of hospital. Despite this, he is still fighting for answers and his life. Fionn has a seriously debilitating and life limiting illness, which requires 24-hour care. This has meant that Brenda and her husband have been unable to return to work since Fionn was born.

During a previous interview Brenda said, “We’ve been told that this is a life-limiting condition but nobody can tell us how long he has. All doctors’ keep telling us is to take Fionn home and enjoy him. My husband was working as an electrician, which meant that he was out of the house from 6am to 6pm in the evening. However, when he heard this news he quit the job to spend as much time with Fionn as possible. We’ve been told that he will never walk but we’re hoping he’ll go on to prove everyone wrong.”

Fionn is so ill his family desperately wants to provide him with the best care possible, such as private physio and speech therapists.

As Fionn is growing and his needs are becoming more demanding, his home needs to be able to provide him with necessities such as a build on bedroom and wet room, all suitable for his complex needs and access requirements. Brenda and Trevor hope to raise €100,000 to adapt their home outside Charleville so Fionn can have the best quality of life that his illness will allow. Raising this money is so important as government grants schemes minimally cover such extensions and treatments for Fionn and his condition.

With all this in mind, Brenda and her husband set up a campaign called #FightForFionn and desperately need your help. The #FightForFionn campaign collaborated with Limerick Charity Boxing Club to present a boxing night Sunday, July 17 in the Limerick Strand. All the money from the night was donated to the Fight For Fionn. This was Limerick Charity Boxing Clubs 6th charity boxing event.

Another major fundraiser followed with the help of 17 other incredible local clubs, organisations and bodies who joined together to put on a 5km walk, 8km run and 50km cycle as well as a monster raffle on Sunday, June 26 in Bruee .

Margaret Deady, event coordinator, said: “On behalf of the community and all the organisations of the parish of Rockhill/Bruree I would like to thank Nina Carberry, Enda Bolger and John Thomas McNamara for taking the time to launch this fundraising event.

“And a special welcome to brave little boy Fionn and his parents Trevor and Brenda. His parents have been to the end of despair and back but are not giving up on their little fighter,” said Margaret. Bruree has certainly joined in that fight.

The fundraising event in Bruree had a show of great support for Fionn and his family. Over €10,ooo was raised at the event that was officially launched by jockey Nina Carberry, horse trainer Enda Bolger and the late jockey JT McNamara.

“The amount raised was €10,875 which will greatly help with his development. His parents Trevor and Brenda are truly grateful for the astounding generosity of the parish and the surrounding areas,” said Margaret Deady.